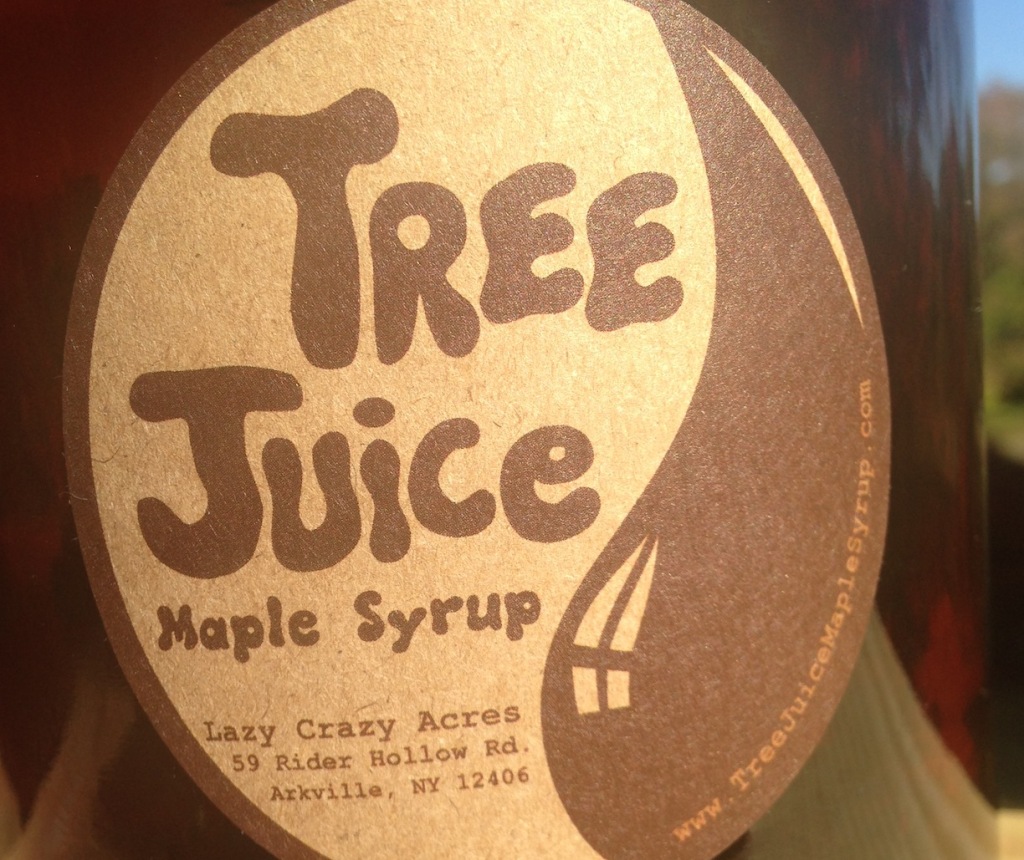 We published a piece about local sugar that you’ll find here in September 2014. Below is a more comprehensive list of the Catskills maple syrup producers. Tree tapping began much earlier this year, with tapping beginning in the southern Catskills as far back as Christmas. New York State’s Maple Weekend takes place on March 19th and 20th, and again on April 2nd and 3rd, 2016. There’s no reason not to get local sugar. At last count, for every dollar spent locally, the community benefits to the value of five to seven times that dollar, and all that money stays in the community. If you spend $20 on a bottle of maple sugar, it is the equivalent of putting $140 back into your community.

– no artificial colouring, flavouring, preservatives or additives
– same calcium concentration as milk
– contains folic acid, biotin and niacin, which convert proteins and sugars to energy
– virtually sodium-free
– encourages growth and production of red blood cells
– has no fat and no proteins and is a good source of calcium, iron and thiamin

Contact the following producers to find out where they stock their product or if you can purchase by mail.

2 thoughts on “A Local Guide to Catskills Products: Local Sugar”