Another sweltering day with a high of 94F that cooled off to a balmy 79F with a stiff breeze waving the trees and scattered showers. Steamy. 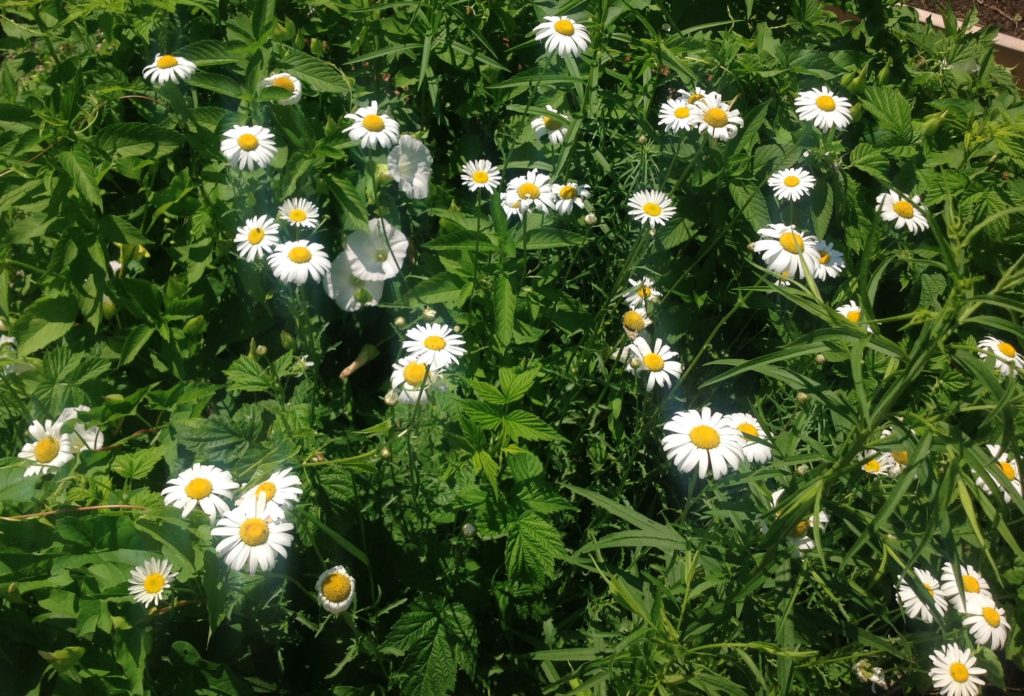 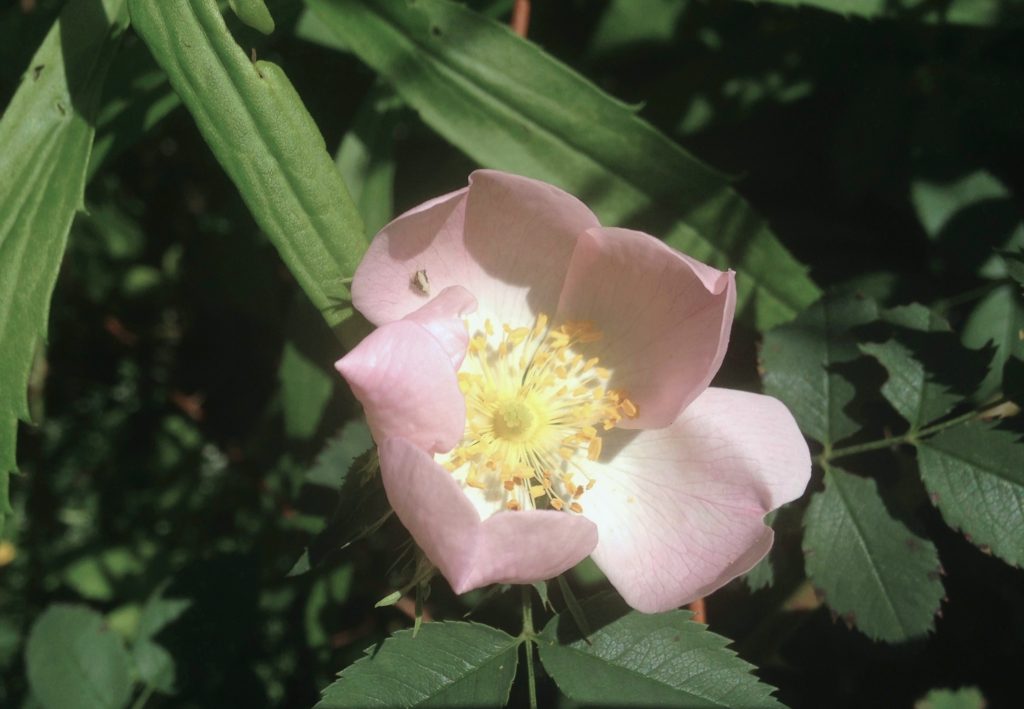 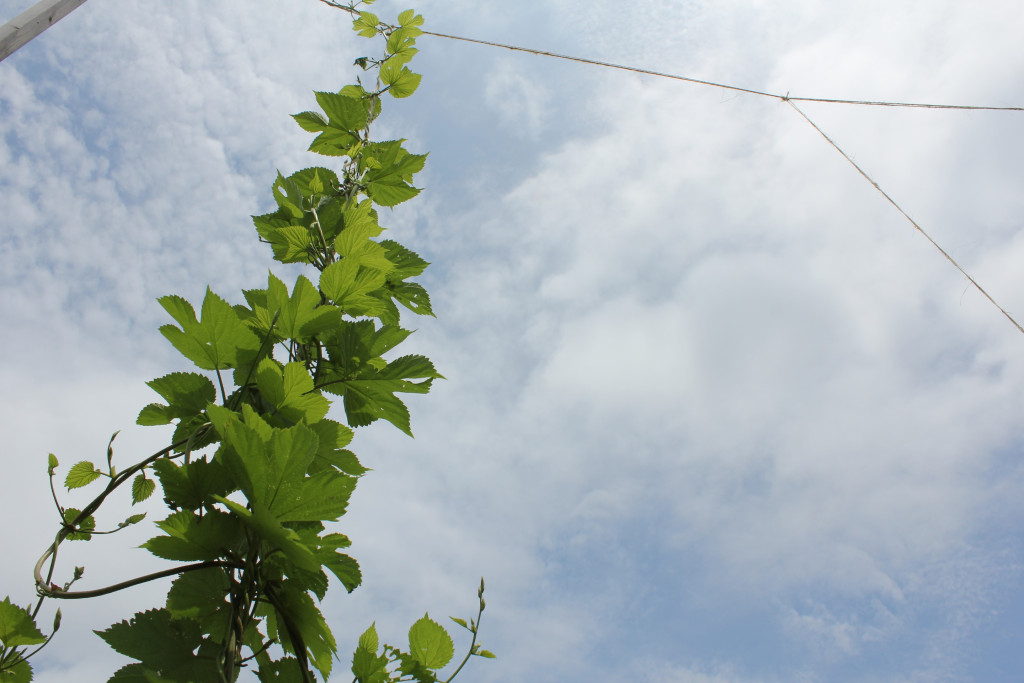 Published on New York Upstate out of Syracuse today was the news that Kelsey Grammar is to open a farm brewery in Margaretville, a town here in the Central Catskills. After a long discussion on our Facebook page, however, local sources say it’s actually New Kingston, which is one town over. The brewery is allegedly only in the planning stages, but the news has caused quite a bit of excitement.

The New York State brewery revival started a few years ago with the advent of the new Farm Brewery Law as reported in the Watershed Post by your humble correspondent. Since then breweries have been springing up like wild-fire. Local historians have said that New York State was the largest hop growing state in the country one hundred years ago. Here’s to retrieving that status from the annals of history. Like the hops plant itself, pictured above, the Catskills craft beer industry is reaching for the sky with some of the tastiest beer in the country. 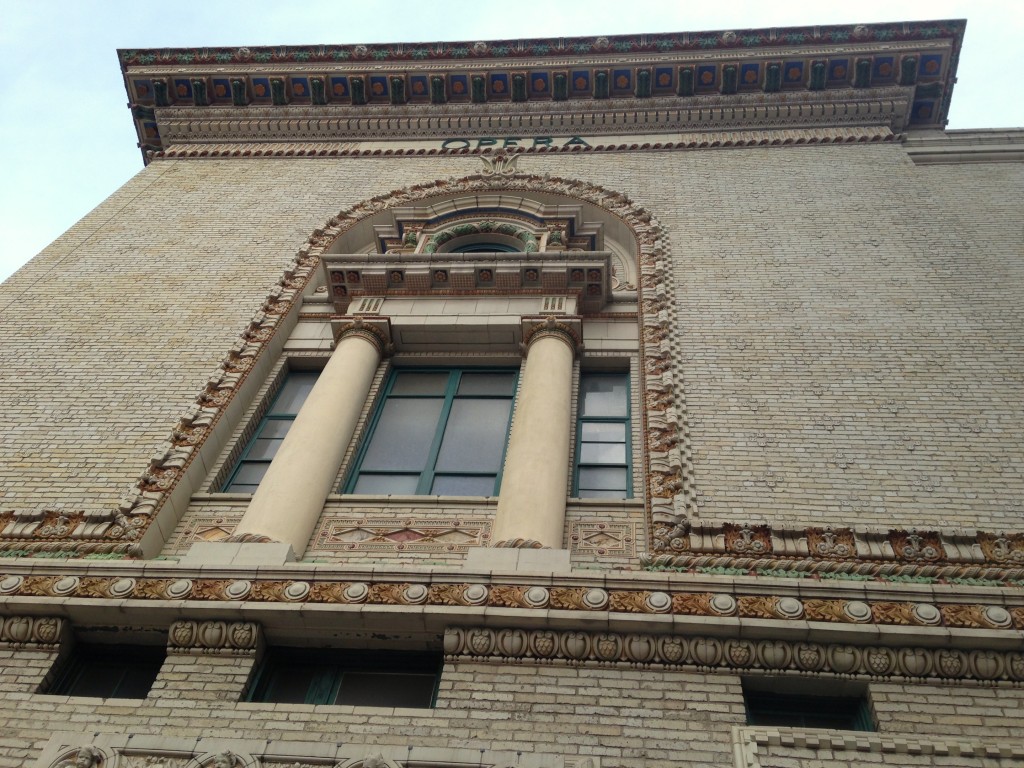 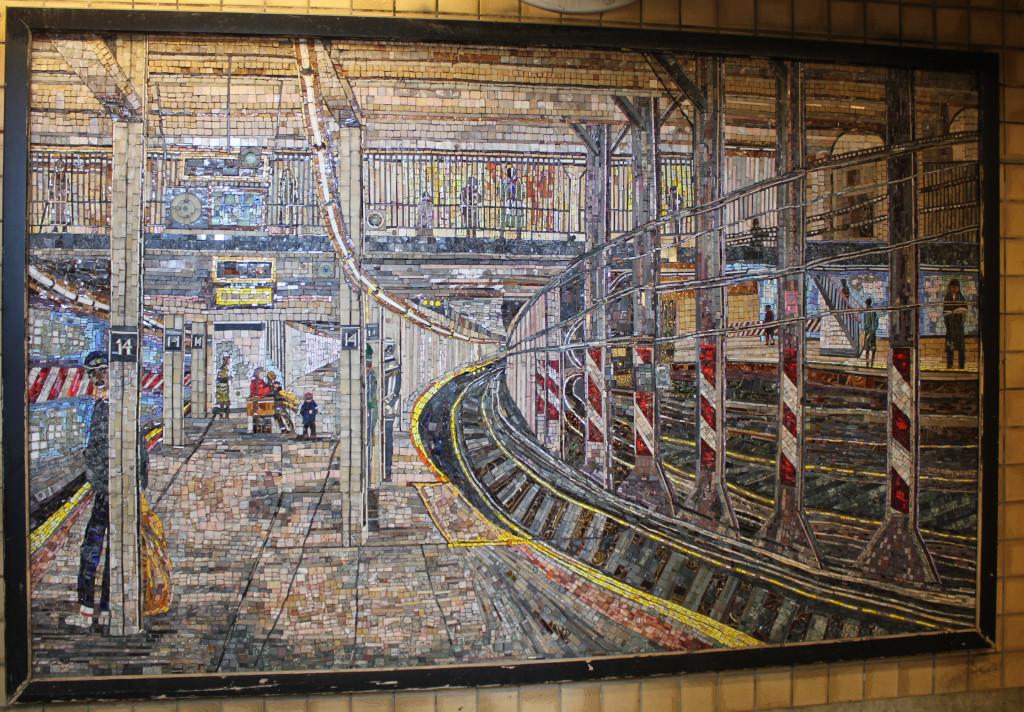 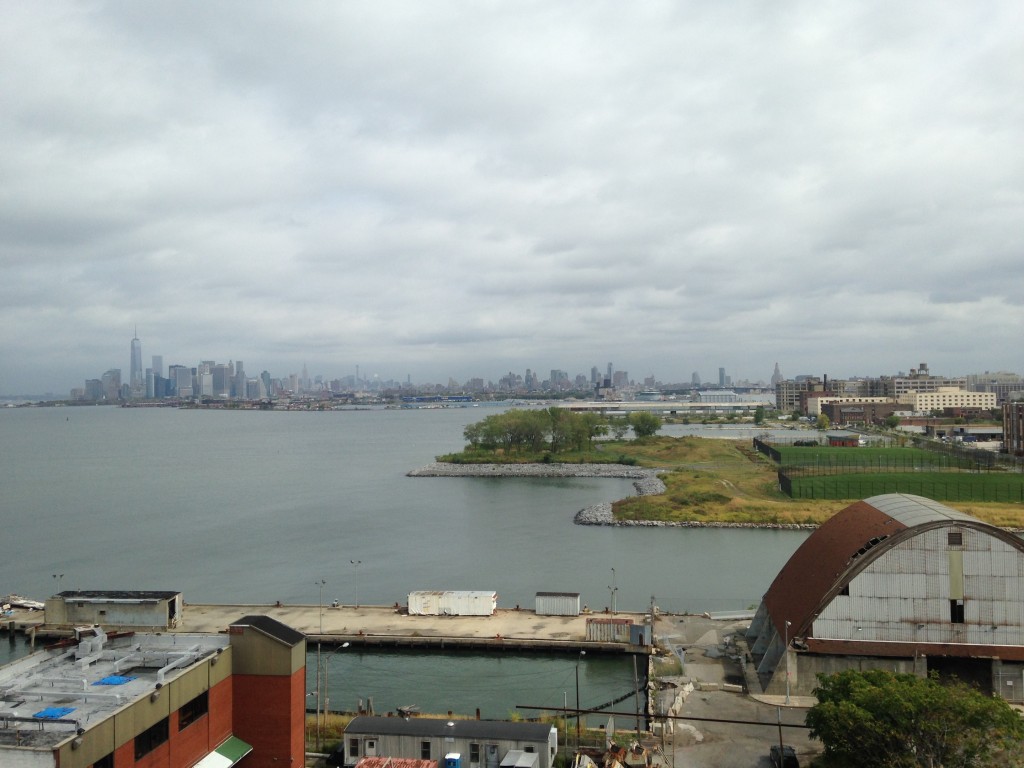 It’s about this time of year that a city makes a special guest appearance on Upstate Dispatch to honour my urban roots. There’s a lot that I miss about the city, but the most prominent difference between country and city life is that, in the country, you have to drive everywhere. In the city, you can walk or take readily available public transportation. Small towns and villages in places like my home country England are mostly very, very old and designed for walking or riding (animal or bicycle). British Towns radiate outwards like a rash instead of sprawling along lengthy American roads. You would never have an English address with more than three numbers in the street address, but yesterday I visited someone whose street number was 53939, which is unheard of in England and quite astonishing to foreigners. Even our longest residential roads, straight thousand-year-old roads that were built by the Romans, were split into sections called “high streets” like the A10, which is 90 miles long. It runs from central London to Norfolk at about a sixth of the entire country’s length.

END_OF_DOCUMENT_TOKEN_TO_BE_REPLACED 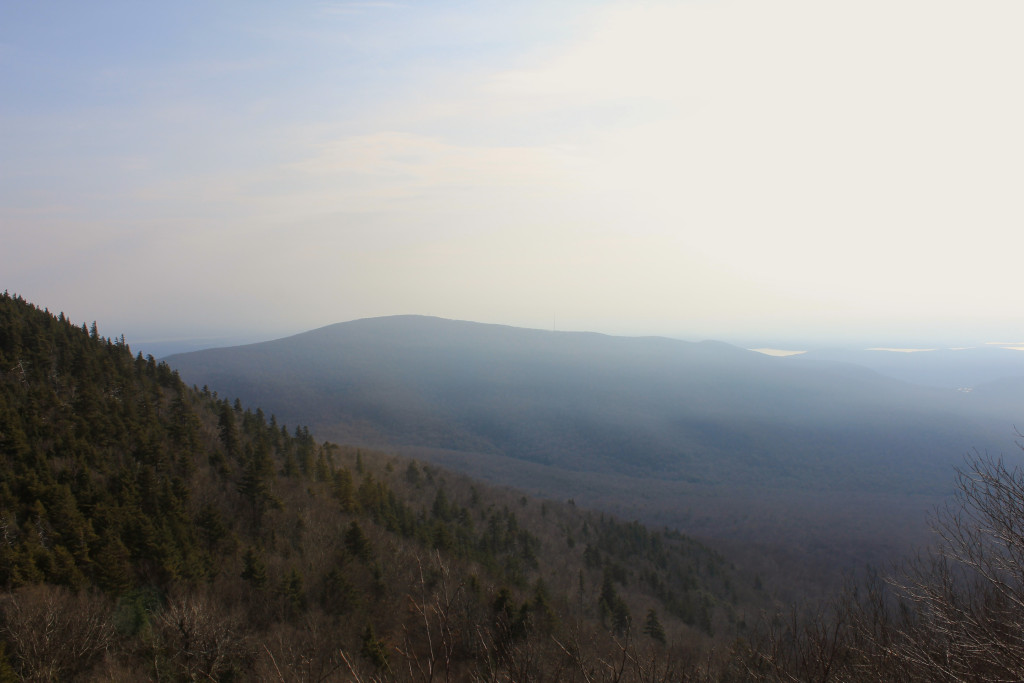 It’s difficult to decide what was more remarkable about a hike up Indian Head Mountain during hunting season. Would it be the periodic burst of gunfire from the local sportsman’s club every few hundred yards of my 13th peak over 3500 feet, like distant, anonymous cheerleaders? Perhaps it was the burly, camouflaged hunters strolling nonchalantly around the parking area, with loaded weapons over their shoulders, incongruously set against our hippy neighbors in their tie-dye. Possibly it was the roadside pile of dead deer we passed on the journey, but I think it was actually the unseasonal weather: t-shirt warm and humid at 55F by 10am on December 13th. I had no mobile phone service at lunchtime, so I could not tell what exactly the temperature was, but it felt like at least 60F. We’ve had a smattering of snow this year, but thus far that has been all. Last year was a strikingly different story as you can see here from our Daily Catskills picture of the same day. The lower parts of the trail to the summit and back down were wet and there were frequent stream crossings, but they were very low.