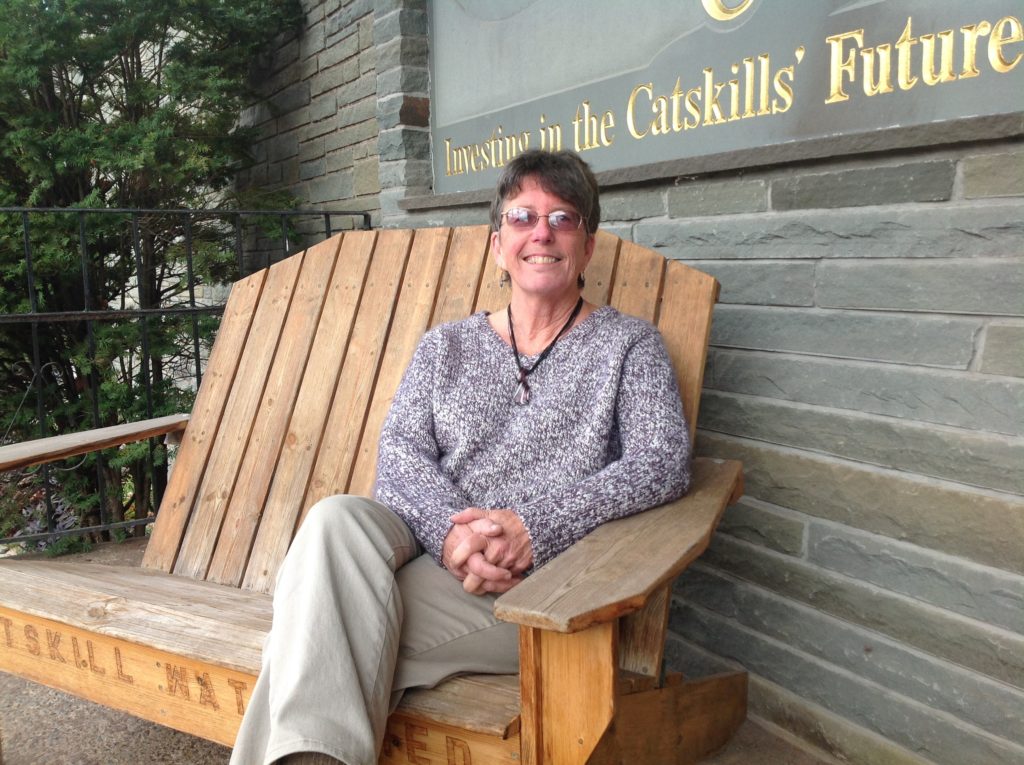 Accomplished Catskills historian, Diane Galusha, is author of Liquid Assets: A History of New York City’s Water System, which has recently been updated and expanded to include the last ten years of advancement in the delivery of the NYC water supply. It’s published by Purple Mountain Press.

What first brought you to the Catskills?

Love. What else? [Laughs] I was living in Hamilton New York, up in Madison County working at Colgate University and I met a man who lived in the Catskills. I made a move down into the Hudson Valley to be closer. Then just decided to take the leap and move to the Catskills to be with him. I had a relationship with him for eight years.

Where are you from originally?

From Broome County, a town called Windsor. I’m a small town girl and I love these small towns and these hills. I was raised about a couple of hours from here.

Are you an avid outdoorswoman?

I would not say avid outdoorswoman. I would say I’ve had my moments of outdoor insanity. I did manage to join the Catskill 3500 Club, so I’ve hiked all the mountains over 3500 feet in the Catskills.

I’m not a skier and I’m not particularly a winter fan, so I don’t do any of that stuff, but I was a pretty avid hiker for several years. Then I got involved in starting the Historical Society of Middletown. Now, my every spare moment is spent doing research, trying to promote, present and protect local history.

When was the Historical Society founded?

In 2004, we had a general community meeting just to see how much interest there was. I was shocked that there had never been one in the town of Middletown. Nor had there been any real active municipal historians. I mean there had been historians appointed over the years, but they never had their own office and there was no historical collection. It seemed to me that a lot of history was being lost by you know, houses being emptied out, auctions and things leaving the community. So we had a few programs, established a board and became a non-profit, then got our provisional charter from the State Education Department in 2005. Just last year, in 2015, we got our absolute charter. The last ten years have been busy in terms of getting this organization up and running and a stable and integral part of the community.

So you’re a history buff?

[Laughs] You could say that! I’ve always loved local history and during all my years as a journalist, sought out the historical components of a story and loved doing feature stories about the history of people and places and, you know, episodes in history wherever I’ve lived. I have gone off on more serious research efforts, doing some books about local history, so I’m kind of addicted I guess to finding out about what came before.

I think that’s in every journalist’s mind, isn’t it. Just to find out as much as possible as you can about everything?

Yes, well, it’s a matter of perspective. It’s kind of a cliche, but it’s really true that if you don’t know where you came from, you have no idea where you’re going. That’s why this political season is so disturbing to me. I don’t want to delve into politics too much here, but you know this really is people just ignoring history and even just this one man’s history, people are ignoring as though it doesn’t matter, as though it might not reflect what he might do in the future. Or even her, it’s a two-way street for sure. Anyway, journalists, and everybody, need history, an awareness of where we came from, of who lived in this house before they did, who started the local institutions and why and who maintains them to this day. Who continues these wonderful traditions that we have? This is part of a long continuum. I’m not a native. I’ve lived here full-time since 1982 and so that’s 34 years and just a drop in the bucket. That’s a moment in time and we’re all just here for a moment in time. If we get so caught up with our own lives and our own sense of importance, we kind of miss the fact that generations have been here and done this before.

So are you still a journalist?

Well, no, not in the sense that I write news for public consumption. As the Communications Director of the Catskill Watershed Corporation, I do write and disseminate information about what’s going on in the watershed and what the CWC’s activities are all about. I distribute news about that, but not community news in general.

So, you’ve also been a public relations person in your career. Is that been something that’s run alongside your career in journalism?

Well, maybe the other way around. I was a journalist who worked for a number of newspapers for many years. I guess I left print journalism to work in the communications offices of some institutions one of which was Colgate University. Another was the Culinary Institute of America. It’s basically institutional public relations, writing press releases, alumni magazines, feature stories and things like that. It was stuff that didn’t require a daily deadline. Then I was editor of the Catskill Mountain News [from 1986 to 1996] and after that got the job at the Catskill Watershed Corporation where I’ve been for 19 years.

And you wrote the book [Liquid Assets] while you were working full-time. How do you fit it all in? Do you have any time management tips?

[Laughs] That’s pretty funny. Well, I used to have to keep a lot of balls in the air, but nowadays, my son is an adult and off on his own. I don’t have a partner and now I don’t have a dog either, which takes up a lot of time. My dog died earlier this year, so my house is quite empty. The research has become easier because a lot of it can be done online now. When I was writing Liquid Assets back in the early nineties it wasn’t so easy to find information. You had to go to historical societies, libraries and museums, agency offices that were only open during weekdays. Time Management really is an interesting concept. You have to look ahead and just plan. Combine a lot of different activities with one outing for instance. It’s a skill that’s learned over time.

First of all, the Catskills are really ancient. They are very accessible and approachable. The terrain is welcoming and comforting. You can wear these mountains like a cloak. They’re not forbidding and they’re not…

Yes, they’re not imposing like some other mountain ranges and they’re much older than the Rockies or the Adirondacks even. It’s not an intimidating place to be. It’s very welcoming and I’ve found the people to be the same: welcoming and loving in a sense. People are pretty private and like to maintain their independence and their privacy, but they’re also giving and warm and social people for the most part. At least my circle of friends are and the community of people I know. That’s why I never left, even when the relationship that brought me here kind of went sour, I stayed because there is a different kind of love here that abounds and makes you feel at home.

For more information about the Middletown Historical Society go to their website www.mtownhistory.org. 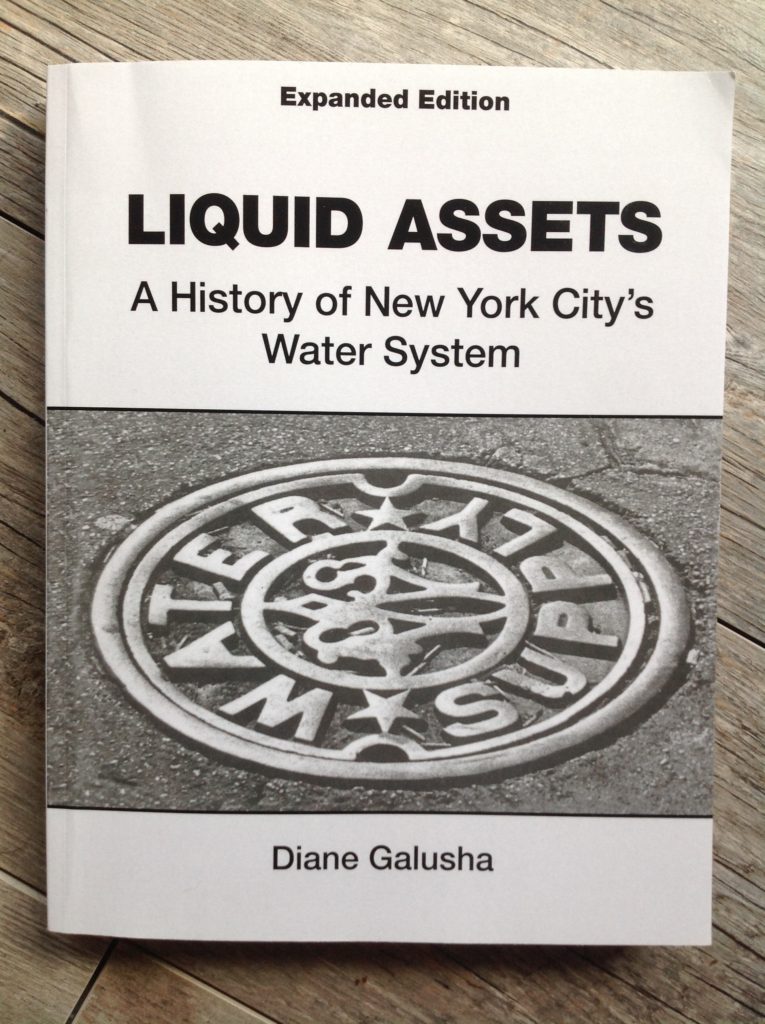 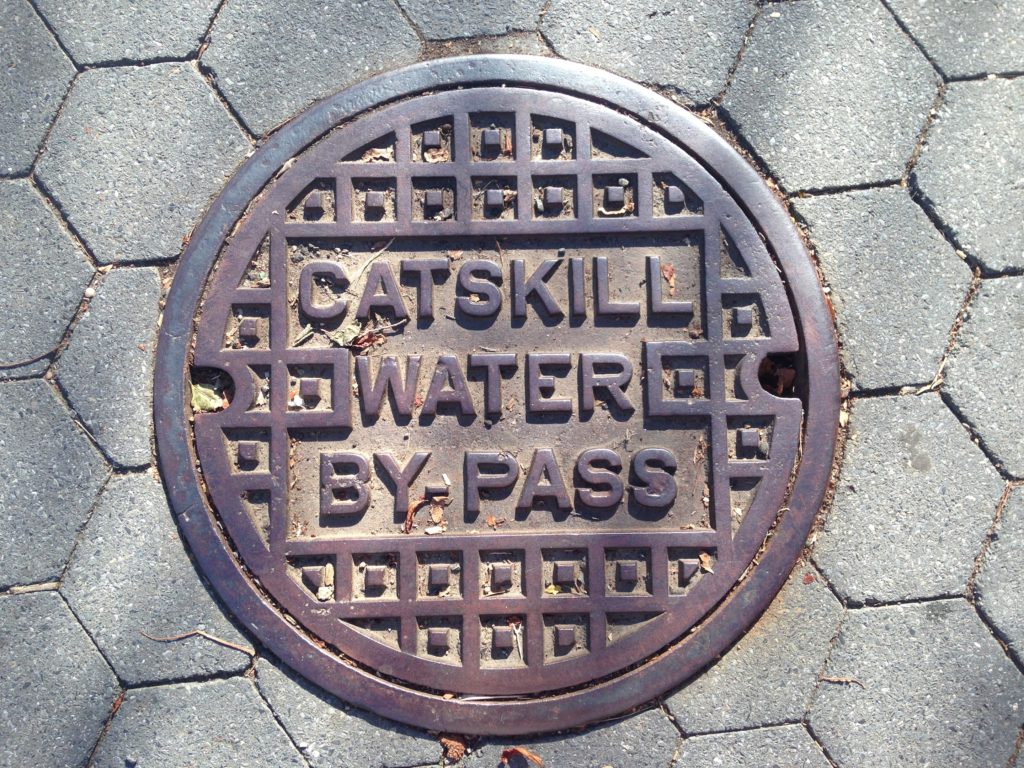