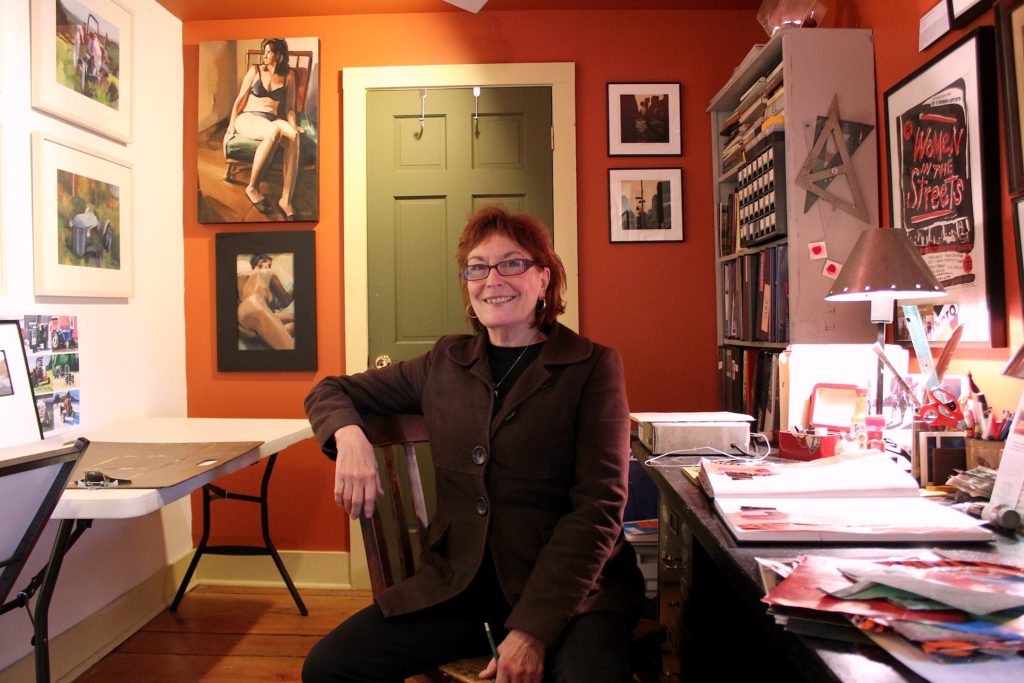 Lisbeth Firmin is a studio artist and the bitter Catskills winters present a chance to hole up and focus after a summer spent mostly teaching in upstate New York and New England. Although most of her subjects are in transit, either walking deeply in thought or musing by the window of a moving train, they are rendered indoors. “It’s cozy in the studio and there’s less demand on your time in the winter” she says, not to mention her steep driveway that becomes dangerous when it ices over, prohibiting visitors.

Being in the studio full-time is “like being in a monastery. It’s very ascetic: depriving yourself like a hermit, wearing same clothes every day and painting every day,” she says. “I think it was Milton Avery who said, in his work as an artist, if you just approach it like a job, even only just two or three hours a day every day, you’ll be surprised what you can get done”.

Lisbeth has been working on a series of one-off mono-prints in which she draws on a plexiglass plate, covers it in paint and prints it on an etching press. All the ink comes off on the paper and the resultant prints are all one of a kind. You can can use the glass again, however, by re-inking it “but nothing beats that first pull”. She’ll spend the winter turning her mono-prints into paintings in oil, and will work on six oil paintings over the winter. She’s started three already and will shortly start another three. “It’s not hard to start them. Finishing them is the hard part”. 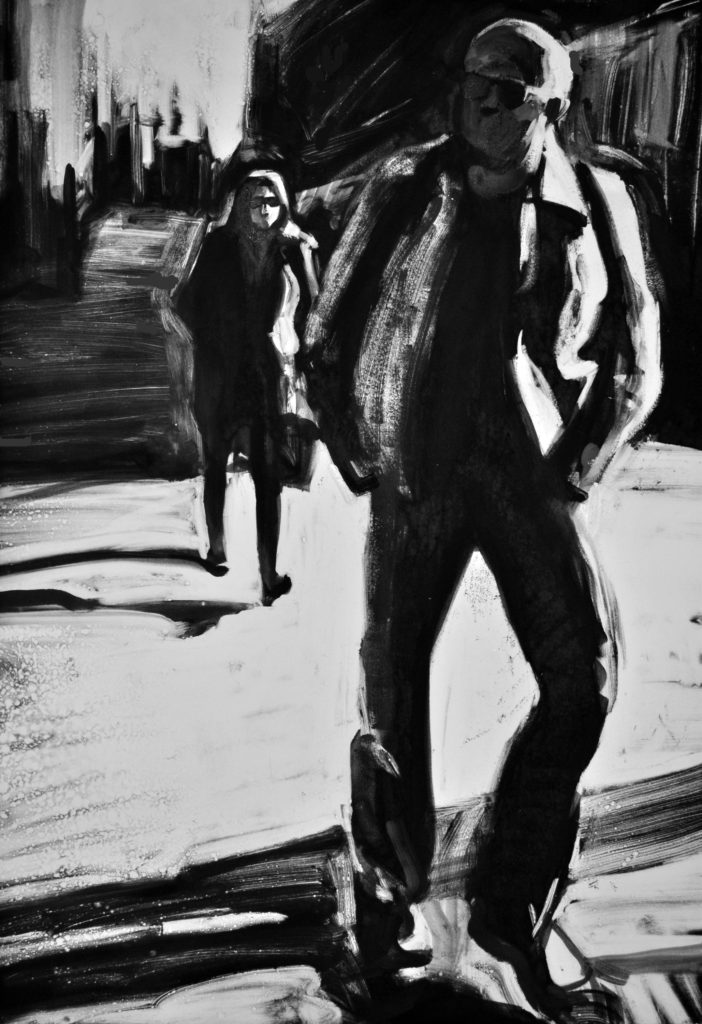