82F by noon with a mix of sunshine and clouds. 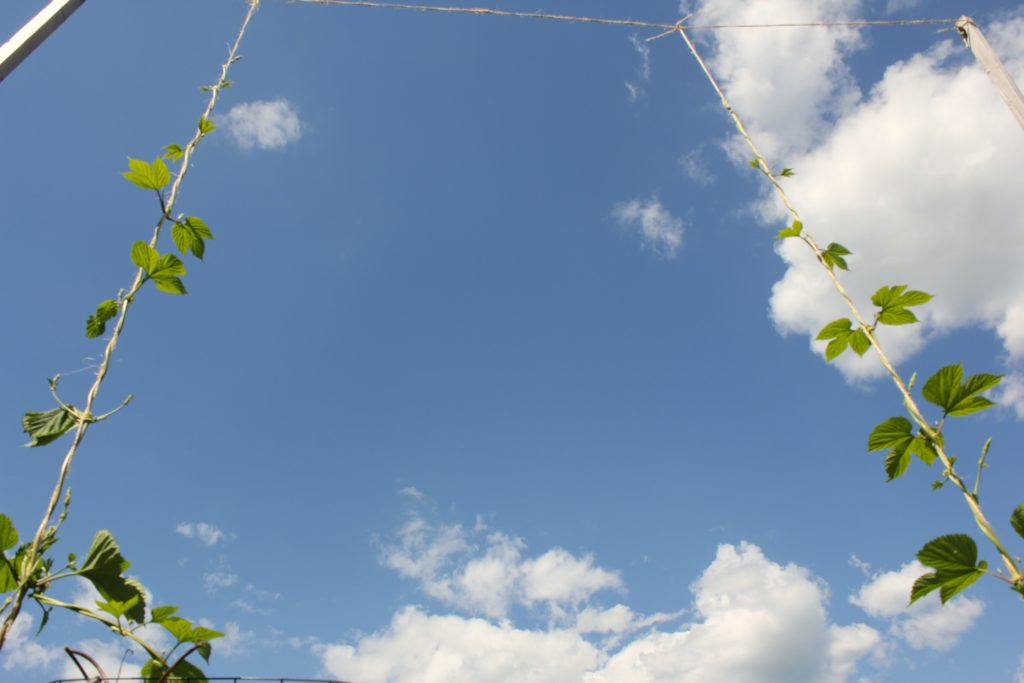 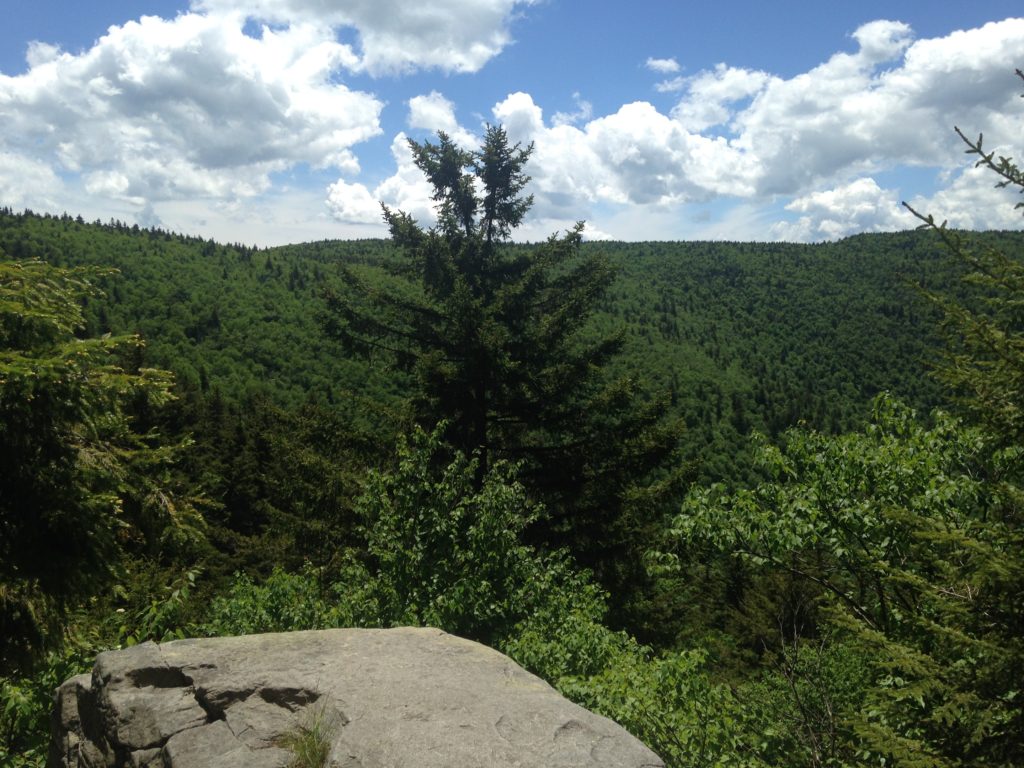 The hike to Southwest Hunter was beautifully serene until halfway up The Devil’s Path I suddenly found myself in the midst of what I thought might be – but was not – young Giant Hogweed patch and froze in terror with my elbows in. I avoided touching it, but the dog raced on ahead of me and brushed through all the leaves that obstructed the path. “Giant hogweed!” I shouted to my hiking mate, who happens to be my husband. “Don’t touch it! Don’t touch the dog!”

“OK,” he said, nonplussed and walked on, clearly not fussed at all. I shouted out the consequences of brushing past Giant Hogweed to his back as he retreated into the forest brushing it with his bare arm. I proceeded gingerly through the patch passing what looked like enormous coriander leaves on stalks topped with large, distinctive, white floral umbrells.

The plants were six feet high and far too big to be poison hemlock. Out came the mobile phone, which remained raised in the air for a while and – lo and behold – you can get a faint signal on certain spots on the Devil’s Path and the occasional strong one. Good news. A spousal debate over tiny Internet images of Giant Hogweed ensued that became more annoying than the prospect of being burned by a poison plant…