Torrential overnight rains continued into morning and throughout the day with a high of 50F. Mist hanging over a drenched, humid landscape: large puddles, rushing rivers, streams, gullies. New green shoots point upwards like the beaks of little hungry chicks. 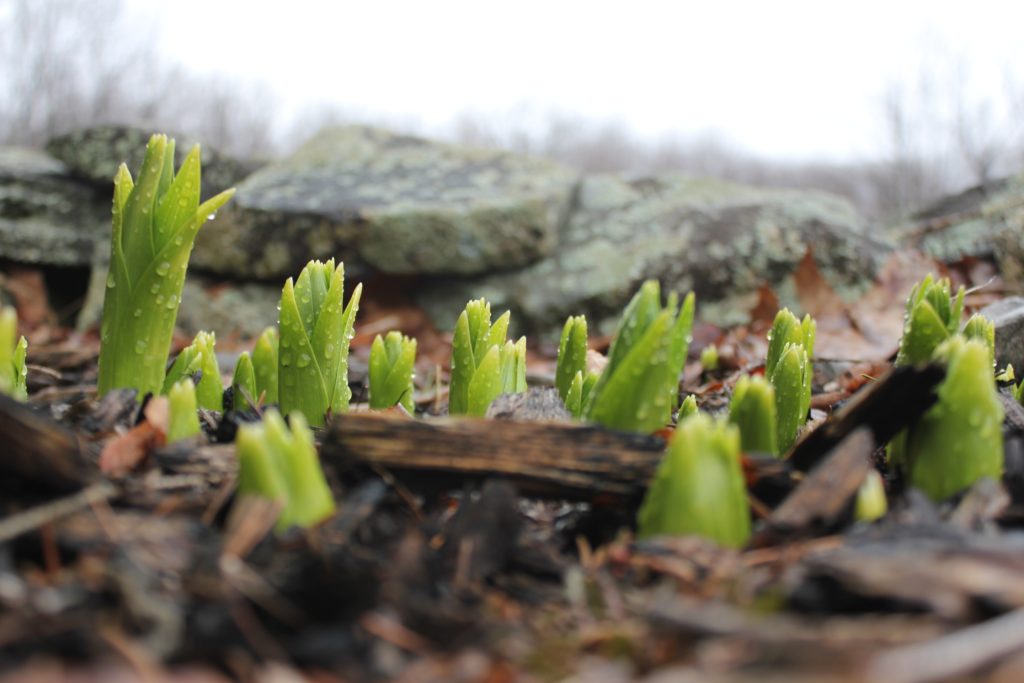 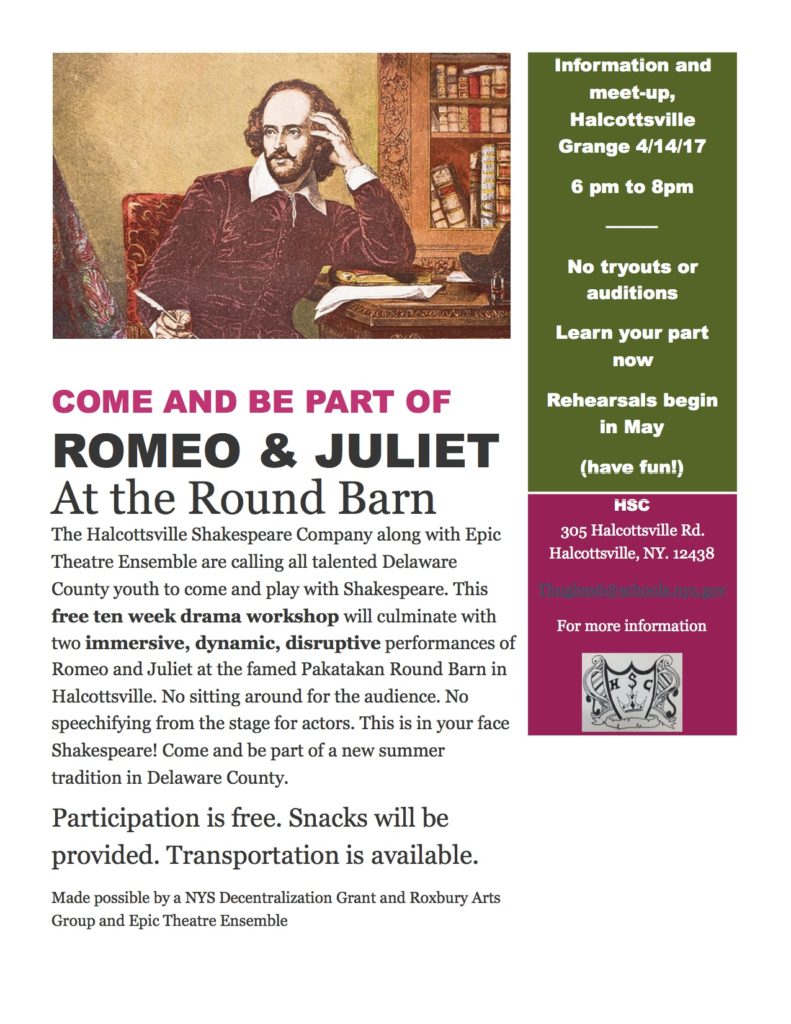 Tom Hughes has founded the fledgling Halcottsville Shakespeare Company and is looking to put on an immersive performance of Romeo & Juliet for shoppers at the Round Barn over the Summer. Hughes, a Bronx High School English teacher, has a vacation home in the village and had the idea when he was passing the Round Barn market last year. The market with its dirt floor and circular wooden barn, which although red, does remind certain patrons of what the original Globe Theatre in London would have looked like back in its medieval heyday. Shoppers will be part of the performance and will be able to catch scenes as they shop. There will be a meeting from 6-8pm at the Halcottsville Grange on Friday April 14th for all who are interested. There will be three or four players from the Bronx to join the cast of this incredibly creative idea forming in the heart of the Catskills. Wishing Tom the very utmost success.