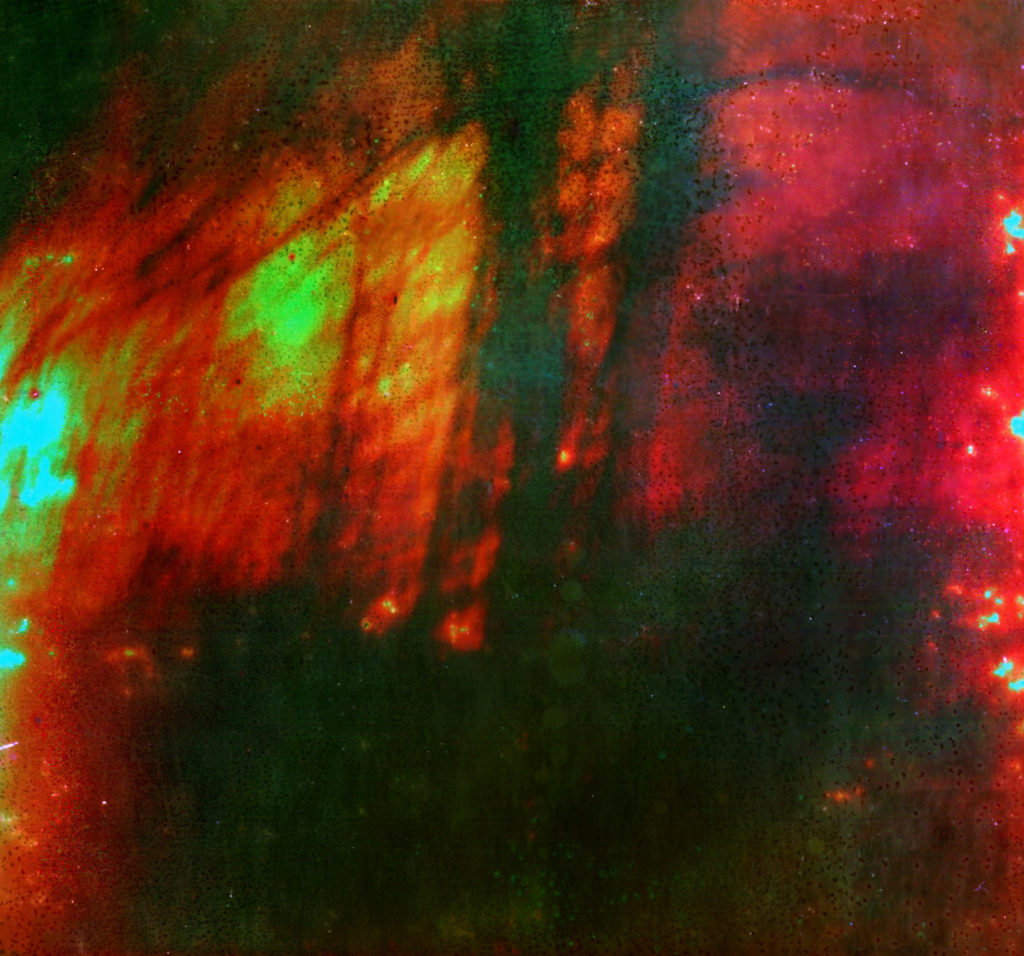 The Catskills Pinhole Camera Project was launched three years ago and Upstate Dispatch participated last November, writing about it here. My pinhole camera was attached to a tree facing west through our forest for about a month and the above image is the processed result: a month of vivid, winter sunsets through bare trees.

The Painters Gallery’s Wanda Siedlecka started the project with her friend Przemek Zajfert and the entire community was invited to join. Everyone who asked for it received the beautifully packaged camera with instructions. 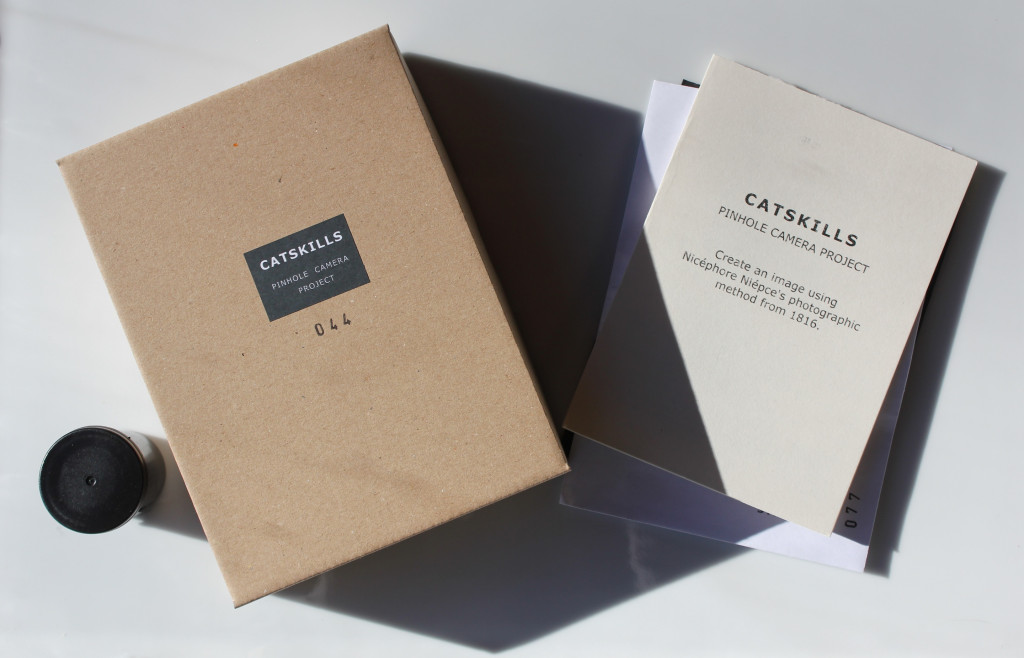 Their exposures were processed for free by Zajfert, a photographer from Stuttgart, who has mastered photographic and cinematic techniques from the time of their invention and early stages of development. Last Spring, the first one hundred exposures were exhibited at The Painters Gallery in Fleischmanns and future exhibitions are planned.

The idea of the project in which the entire community participates was Zajfert’s. They first started with a portrait of Fleischmanns in black and white and then decided to try a bigger scale portrait, of the Catskills, in color. Wanda adds, “the first project was called Mission Mars. I once worked on a photo album featuring photographs of Mars. It struck me that we can actually visit Mars and get to know it through the camera lens. My friend lives in Germany and hates flying, so I suggested  to him that he would be visiting ‘another planet’ by sending his little cameras loaded with photographic paper. All the exposures I send to him for processing are kind of pictures from Mars. Who knows what the Catskills really looks like? We see the landscape in a certain way and the contemporary camera is designed to show as close as possible the way we see the world, but there is something wonderfully independent about the pinhole camera. It has a mind of its own. Pinhole camera images are closer to what we see in our dreams, closer to our subconscious mind, our intuitions. This is what I like about this project: we can collectively dream the mountains.

The gallery showed the first one hundred exposures mounted closely together. “His projects involving audience participation, turn image-making into an experience that is both intimate and communal; an individual image becomes part of a much bigger picture created by many”.

A pinhole camera is a camera in its most basic form: a lightproof box pierced with a pinhole containing film. The film records the image that enters through the hole that is so small that it allows for long exposures. The result is an ethereal image with the limited light rendering a ghostly scene. 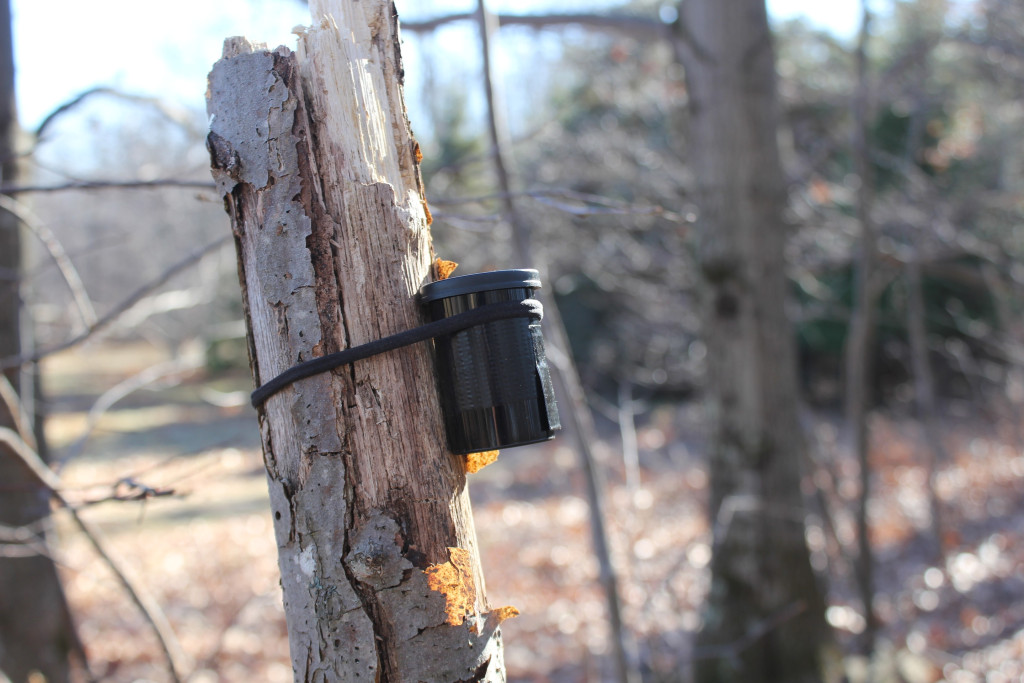