After yesterday’s torrential rain, our forest floor erupted with mushrooms, of all shape, size, name and color, like twinkling jewels amidst the undergrowth and quite an extraordinary sight to behold.

Beautiful, ethereal Ghostpipe (or Indian Pipe, pictured above) has proliferated like never before seen in our forest. To see a venerable plant that is ordinarily quite rare, this seems magical. Not technically a mushroom, it’s rather a plant that doesn’t photosynthesize, devoid of chlorophyll and taking its nutrients from a delicate balance of conditions: decaying deciduous leaf matter, conifer trees and an underground fungus network, in perfect measure. It’s pretty much impossible to cultivate because it’s so sensitive and venerated because it’s an analgesic, for physical and emotional pain, that is over harvested. To be presented with such a plant in abundance feels like a gift, so I’ll be harvesting a small amount this year to make a tincture.

At lunchtime, I was introduced to a neighbor, by a neighbor, and taken to a couple of good, local spots where we found Chanterelle and Bolete. Later on, I took a long walk with the dog around our property and found an unprecedented number of mushrooms.

Mushroom identification is truly a complicated endeavor that takes years to fully grasp and I’m already one year in. I’m only just comprehending how many variables there are. Unless you’re watching continuously, you’ve no idea how old the mushroom is (at what stage in its growth it is), or how the weather is affecting it and these are vital and crucial details that make the difference between life and death. Moreover, it seems like there are many more poisonous mushrooms than edible, but I’ve never shied away from a challenge. Since last year, when I found four huge Both’s Bolete at the edge of my forest, seconds from my kitchen, and made a mushroom gravy with them, I have been hooked. Today, I spotted what could be Chanterelle, Bi-Color Bolete, Scaly Vase Chanterelle (poisonous), Crown Tipped Coral, Wood Ear, Black Trumpet, Green-Capped Russula, Red Russula or The Sickener (poisonous), Funnel Caps, Collybia, White Beech, Shelf Polypore and more. I filled a bag with assorted fungus that awaits identification.

The hunt for the coveted, rare Morel mushroom began late April early May, and I was unsuccessful in finding any of them. I did find a lone False Morel that is highly toxic and hideously ugly. It’s latin name is Gyromitraesculenta. I’ve no idea why it’s considered the Morel’s poisonous lookalike because it looks absolutely nothing like it. It looks like the brains of a 3000-year-old smoker – the world’s worse consolation prize for the novice mushroom hunter: 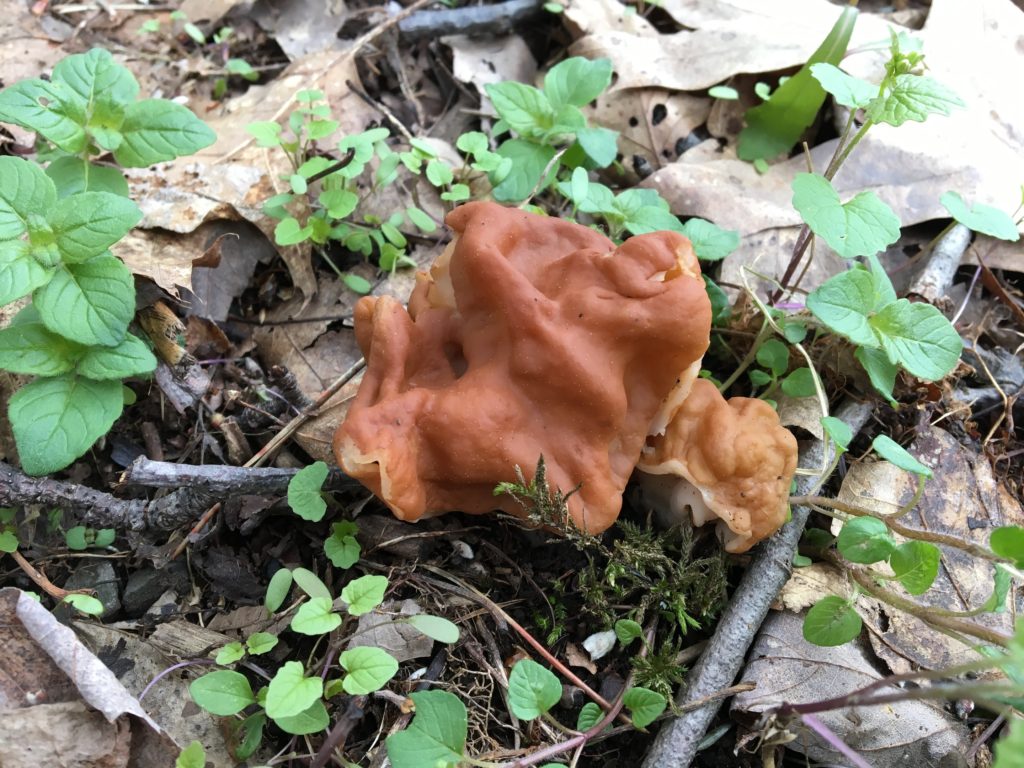 The real Morel is quite unique for a mushroom. It’s hollow and its cap looks like a sponge or waffle sock. Find pictures and guides to this elusive mushroom here and here and, here’s a field guide to mushroom hunting. I’m still using Mushrooms of the Northeast by Marrone and Sturgeon as I’m still a beginner.

Morel season only lasts a few short weeks when the weather is wet and the temperature is a day-time high of 60F and a night-time low of 40F, so I have missed that train now that summer is in full swing.

Morels sprout in old apple orchards and under dead elm or ash trees, all of which we have in abundance here in the Catskills where every settler seemed to have planted apple trees and New York State was the apple capital of America. The Catskills ash tree is suffering vigorous onslaught from the Emerald Ash Borer, so there are plenty of dead ash here. 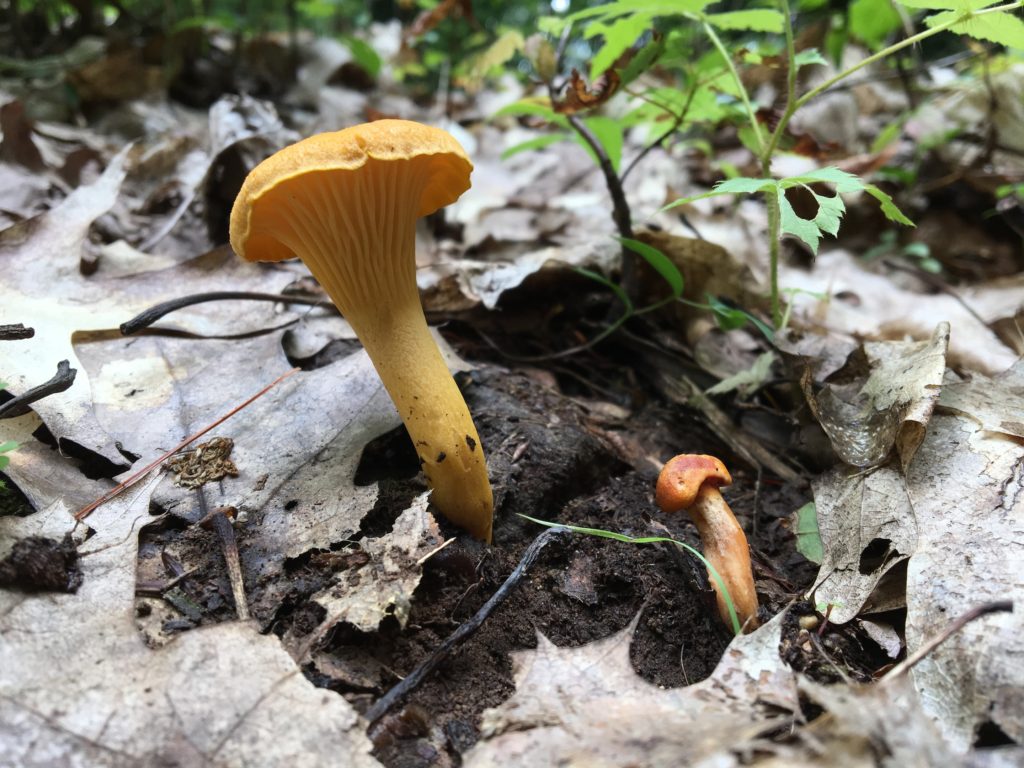 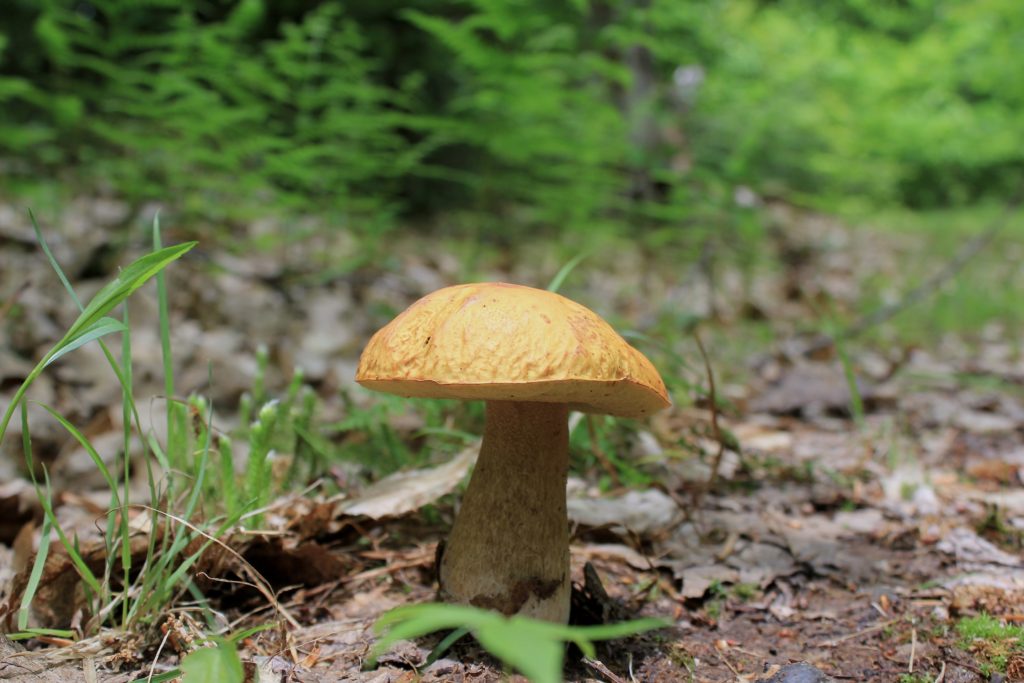 2 thoughts on “On Mushroom Hunting”