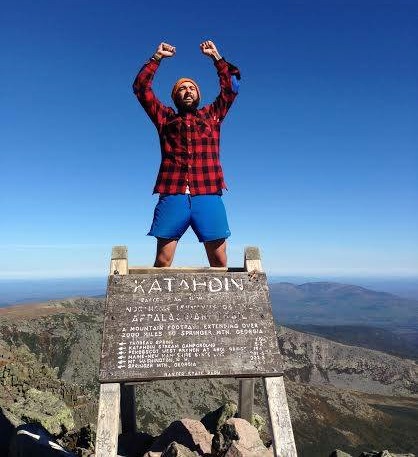 JV: I was born in the town of Catskill 28 years ago.

So you’re a born and bred mountain man. You never wanted to leave? Usually young people leave here by the thousand every year.

I have left a few times and I came back. I lived in Denver for a year or so. I was in San Diego for a little while, but I really, really love this area, now that I’ve grown up and got all of that out of my system. I through-hiked the Appalachian Trail last year, so that got me away for six months.

How long is the Appalachian Trail?

Do they keep adding to it?

It changes every year with re-routes and extensions here and there, but nothing dramatic. I think it’s four miles longer this year with all the different changes.

So you walked the whole length of it?

And did you do it with a buddy or on your own?

Well, I flew down to Georgia by myself with the thought that I was doing it alone, but there were a lot of people on the trail and I actually met my girlfriend in the first week and we hiked the whole trail together. She’s from Virginia and a few months ago she moved up to New York.

So you fell in love on the Appalachian Trail?

Fell in the love with the trail and on the trail.

Do you think that happens often?

We know a few other couples that got together on the trail. It’s a very close-knit community where one day of hiking with somebody, you feel like you’ve known them for months and months. Relationships really take off quickly and they also end quickly too. We know some couples that broke up on the trail too.

So you should write about that.

She’s a freelance writer, so she writes more than I do. That’s her end. She can write about it.

So are you going to get married on the Appalachian Trail?

I have no idea. Maybe.

So who made the trail? Who blazed it?

Earl Shaffer, fifty years or so ago was the first documented person to hike it. It’s a lot like the Catskills. They have trail clubs. It’s all volunteers and they really have different local trail clubs that volunteer to take care of it every year.

So it was designed and cleared?

Not from the very beginning. It was a very pieced-together trail. There are a few miles of road walking on it, where it’s not in the woods the whole time. The trail actually goes through a couple of towns where you’re walking down Main Street in a little trail town, but for the most part it’s all cleared and well maintained.

I do a lot. Before the trail, I didn’t know what I was doing, but six months in the woods gives you a lot of time to think. So when I got back from hiking, I started a little woodworking business called Bear Handed. I do picture frames out of barn wood and other home furnishings. Then a little while after that, I decided to get my NYS Guide License and start Catskill Mountain Wild. I figured if I can get paid to hike and be outside, that’s pretty much the perfect world for me right there.

Did you hike a lot when you were younger?

I grew up hiking. I was a boy scout and my Dad was my den leader. I was in the woods from a very young age with my own backpack, doing a lot of the trails that I still hike in the Catskills now.

So you are a country kid at heart. Were your parents like that? Were you raised to be an outdoors person?

My Dad is very outdoorsy and my Mum is very artistic and I took those two strengths from each of them.

It’s rare that you find, these days, young people following their parents. Usually, a lot of young people leave the Catskills. That’s what people say around here – that they’d like more young people to come back. They usually escape to the city. Do have a large family in Catskill?

Yes, I have a big extended family: cousins, aunts and uncles etc. And I wouldn’t stand a day in the city, that’s for sure. It’s too busy for me. I can hike around the woods with a compass and not get lost, but I get so lost in New York City. I’ve no idea where I am.

What does your average day look like? You don’t seem like a conventional person, but you are a country businessperson.

Well, I wake up and I’m in no rush to get out of the door. I live a very relaxed lifestyle. My wood shop is right out back in the garage. I can come and go as I please doing that. Since I’m just getting Catskill Mountain Wild off the ground, I’m on the computer more than I would like to be, networking and filling out paperwork. I also do tree work with a friend of mine. Financially, tree work helps me stay afloat while I get these two things off the ground.

When did you start Catskill Mountain Wild?

I’m in the first month.

I just got my NYS Guide License this month. The month before that I was doing all my first aid, CPR certifications and studying for my exams. I’m very new at it. I hope that it takes off.

I hope it does too. We need to bring more tourists here.

That’s my hope. I’m working with Great Northern Catskills of Greene County, the tourism department there. I’m trying to work with a lot of people and resorts. I work with an outfitter in Phoenicia called the Storehouse. It’s nice to be around a lot of people who think like-mindedly and brainstorm. Really, I’m just trying to get people into the woods that don’t know that they have the love of nature yet that they probably have. Or getting them out of their busy world and take a step back and relax in the woods.

Do you have a store fore your woodwork?

I sell it online and I’m going to start selling at the flea markets when the season comes around. I don’t need a store. I keep everything very small. I do a lot of custom-made stuff. I actually just built a bar for a new bar on Main Street. That was the biggest thing I’ve done so far.

Did you train for that? Did you go to college for woodworking or carpentry?

No, started working right out of high school. I did one semester in a local community college in a direction apparently I wanted nothing to do with. It was for computer graphics. So I left and did odd jobs at Home Depot and I’ve been doing a lot of odd jobs. School wasn’t for me. I think the Appalachian Trail was my school. That’s where I grew and found out what direction I wanted to go in.

Hiking is really enriching my life for the better and I’m doing more of it this year. I’m going to try and hike the Catskill 35.

I recommend it. It’s an awesome list of mountains to get into.

I just feel like a better person if I hike. [Laughs]

Isn’t that awesome though? It’s really meditative. You’re out in nature by yourself and who knows where your mind is going to wander off to while you’re just wandering yourself.

So what inspires you most about the Catskills?

I love forests. I’ve hiked out west in the dessert and there’s just something about being in the trees with lakes and streams. Then all the history with the Catskills: Rip Van Winkle, Kaaterskill Clove. The Hudson River School is very interesting to me. It seems like you’re walking through time when you’re on hikes here.

Every day is a day off for me.

[Laughs]I have not had that answer yet.

I feel like I don’t work ever, but I get so much stuff done every day, but I’m not in a cubicle or an office. I’m doing what I like doing. I don’t see what I’m doing as work.

Well that answers my next question: what is work?

Work is unfortunately whatever you get paid to do. I’m a hard worker, but I don’t have to be busy 24/7 to prove to the world that I’m headed in the right direction in life. 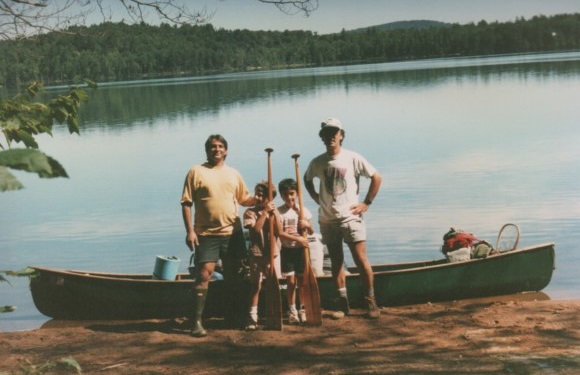