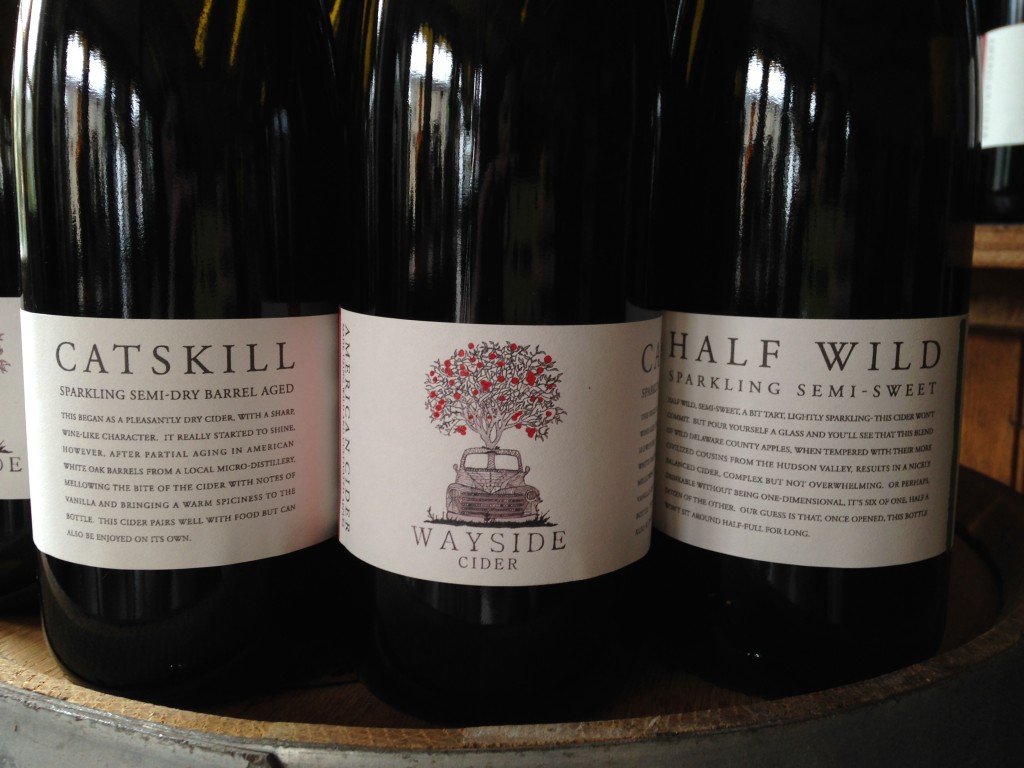 My piece in Edible Hudson Valley’s Winter Issue on Wayside Cider was published this week. I wrote a long profile of owners Irene Hussey and Alex Wilson, a short version of which appears in the Whisk section in the front of the magazine.  What I had not submitted for publication, was the results of the photoshoot I did with Alex Wilson of Wayside Cider, that took place in Andes. I followed him around with the camera, over hills and dales, while he foraged for apples. Edited out of the published piece was a brief paragraph or two on the humble Catskills apple.

New York State has been an apple state since before the first settlers decreed that each household should have its own orchard back in the sixteenth century. A wave of planting crept up and down the Eastern seaboard shortly after the settlers arrival, but Native Americans were cultivating apples long before then. Andes is, in fact, adjacent to the homesteads that were once historic Shavertown, one of the first settlements in the area and home to an ancient apple orchard that was planted hundreds of years ago by Native Americans. Sadly, both ancient orchard and town are now submerged under hundreds of feet of water that is the Pepacton Reservoir.

Irene owns a copy of rare book The Apples of New York, written by S.A. Beach for the Department of Agriculture, which is a formal report on all the apples of New York including beautiful illustrations of the featured apples and photographs including one of the Geneva Station run by Cornell University, set up to study apples and still in existence today. Published in 1905, this gorgeous book is now out of print but a coveted mainstay in the libraries of serious cider-producing Catskills locals like the Hubbells.

I also visited Wayside Cider’s beautiful tap room, designed by Sean of Kabinett & Kamer in Andes, the walls of which are decorated with pages from an ancient farmer’s periodical that were found in the building. 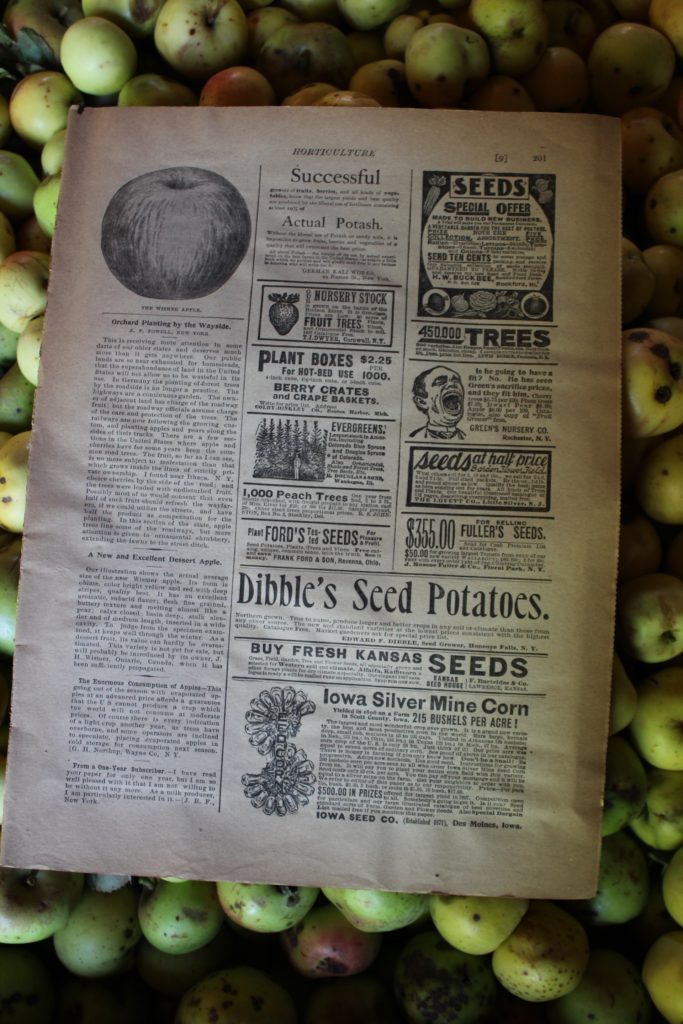 I also had a tour behind the scenes conducted by the charming Irene whom I described as having a dry character, instead of dry sense of humor – a flash of inexplicable halfwittage on my part. I don’t even know what a dry character is, but I’m not entirely sure it’s flattering.

Foraging is good for the soul, and the art. As Alex and I trudged around the forest on a bit of a dreary day, Wilson suddenly stopped short and plunked his bucket of apples into what looked like baby’s breath or a yarrow-type plant and I didn’t realize why until we took pictures of it: 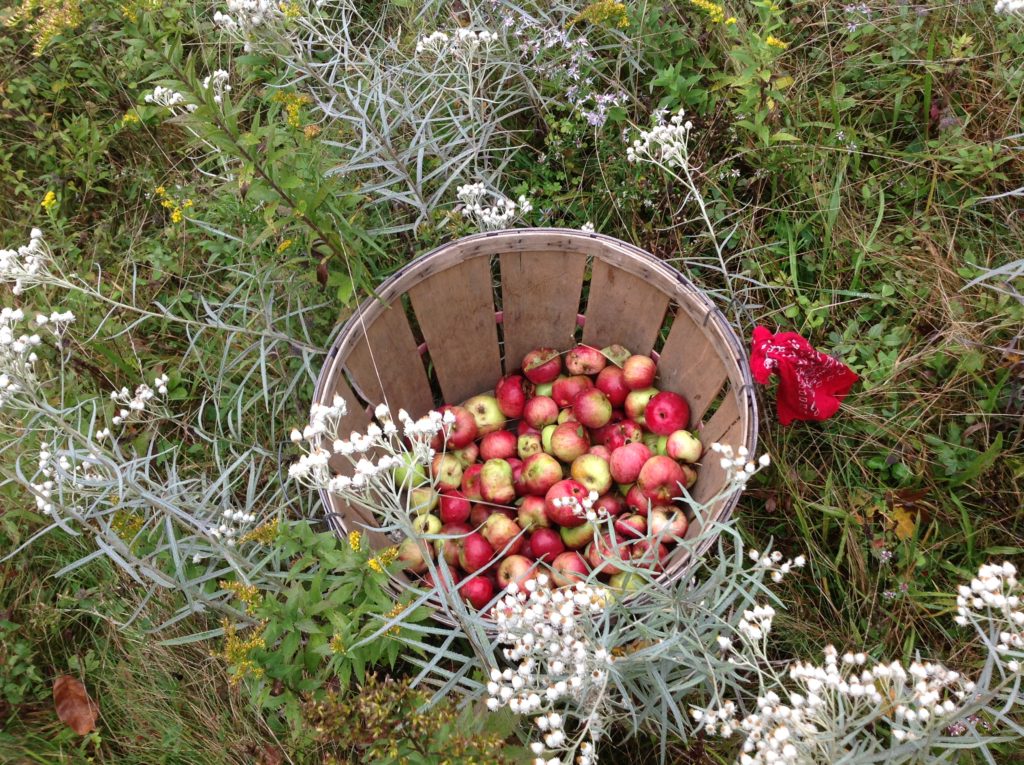 As a film editor, he has a keen eye for color even in the dullest light. It’s always a joy to spend time with people who create colorful moments even in the most overcast of weather. 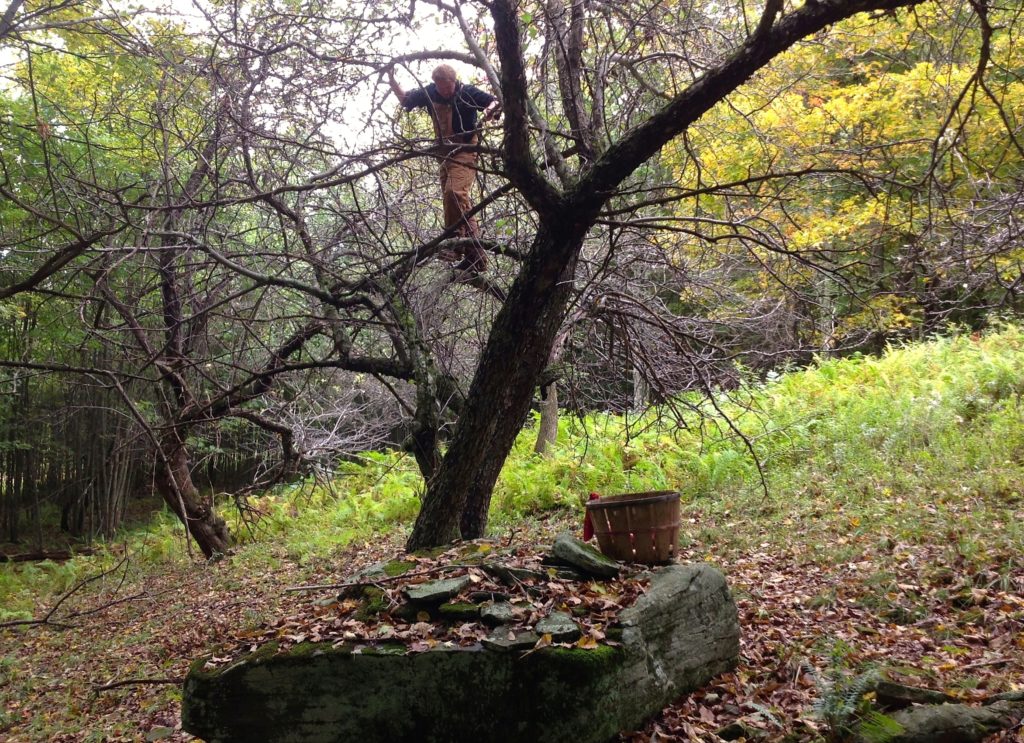