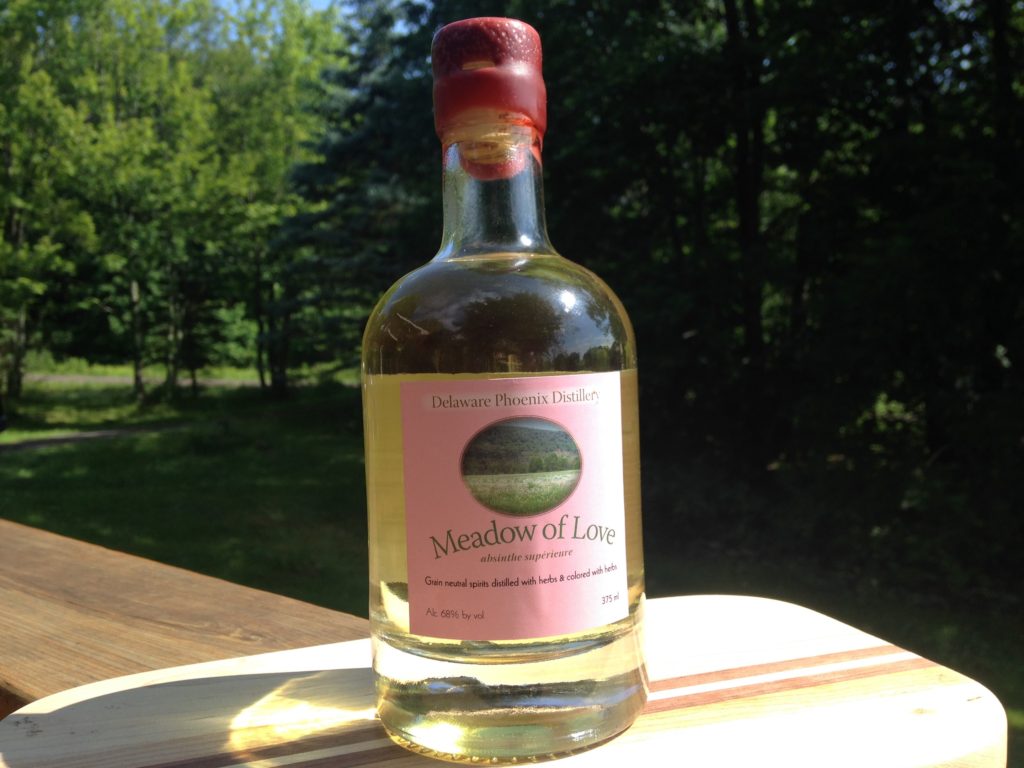 The Delaware Phoenix Distillery in Walton makes its own absinthe, the legendary botanical spirit, here in the Catskills.

Absinthe is seen as “other” in the world of booze; its consumption is exotic, ritualistic and accompanied by accessories but it began life as a medicinal tonic revered by ancient philosophers, doctors and scholars. The absinthe that we now drink for recreation is unlike the 2,000 year-old remedy that was chiefly wormwood, a preparation that was administered for labor, menstrual pain, rheumatism and a host of other ailments. The two main herbs in the modern-day absinthe are Grande Wormwood and Green Anise. The spirit gets its green color from chlorophyll.

Absinthe arrived in the US via New Orleans in the nineteenth century shrouded in mystery, and was served at the “Absinthe House” on Bourbon and Bienville Streets. The Sazerac is New Orlean’s most famous cocktail containing this infamous spirit also known as the “green fairy”, which was banned by the US Department of Agriculture in 1912. Absinthe reportedly had hallucinogenic properties, which is a myth that has since been debunked, caused by the presence of thujone in it. The ban was lifted in 2007. Here’s a very detailed classic absinthe cocktail recipe from Famous New Orleans Drinks and How to Mix Em by Stanley Clisby Arthur, published in 1937. Some sources say that the Sazerac is America’s oldest cocktail.

To mix a Sazerac requires two heavy-bottomed, 3.5 ounce bar glasses. One is filled with cracked ice and allowed to chill. In the other a lump of sugar is placed with just enough water to moisten it. The saturated loaf of sugar is then crushed with a bar spoon. Add a few drops of Peychaud’s bitters, a dash of Angostura, a jigger of rye whiskey, for while Bourbon may do for a julep, it just won’t do for a real Sazerac. To the glass containing sugar, bitters and rye add several lumps of ice and stir. Never use a shaker! Empty the first of its ice, dash in several drops of absinthe, twirl the glass and shake out the absinthe… enough will cling to the glass to give the needed flavor. Strain into this glass the whiskey mixture, twist a piece of lemon peel over it for the needed zest of that small drop of oil thus extracted from the peel, but do not commit the sacrilege of dropping the peel into the drink. Some bartenders put a cherry in a Sazerac: very pretty but not necessary. 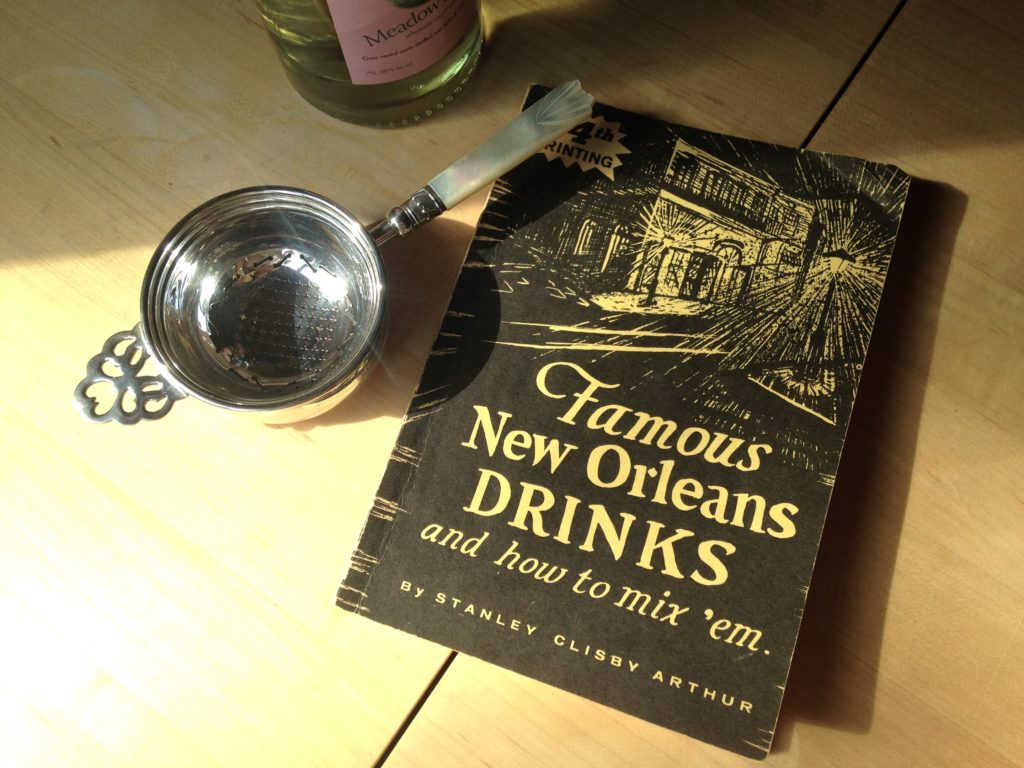 According to the book, “a barbershop now holds forth in a building on the right hand side of the first block in Royal Street, going down from Canal, and before its doors, there still remains lettered in the sidewalk, the word SAZERAC. This denotation indicated the entrance-way to a once well-patronized bar on the Exchange Alley side of the building. It was here the drink famed far and wide as the Sazerac cocktail was mixed and dispensed. It was here it was christened with the name it now bears”.

Also, if you go to Sazerac.com, you will find what they say is the etymology of the word cocktail: “In 1838, Antoine Amedie Peychaud, owner of a New Orleans apothecary, treated his friends to brandy toddies of his own recipe, including his Peychaud’s Bitters, made from a secret family recipe. The toddies were made using a double-ended egg cup as a measuring cup or jigger, then known as a coquetier (pronounced “ko-k-tay”), from which the word “cocktail” was derived. Thus, the world’s first cocktail was born!”