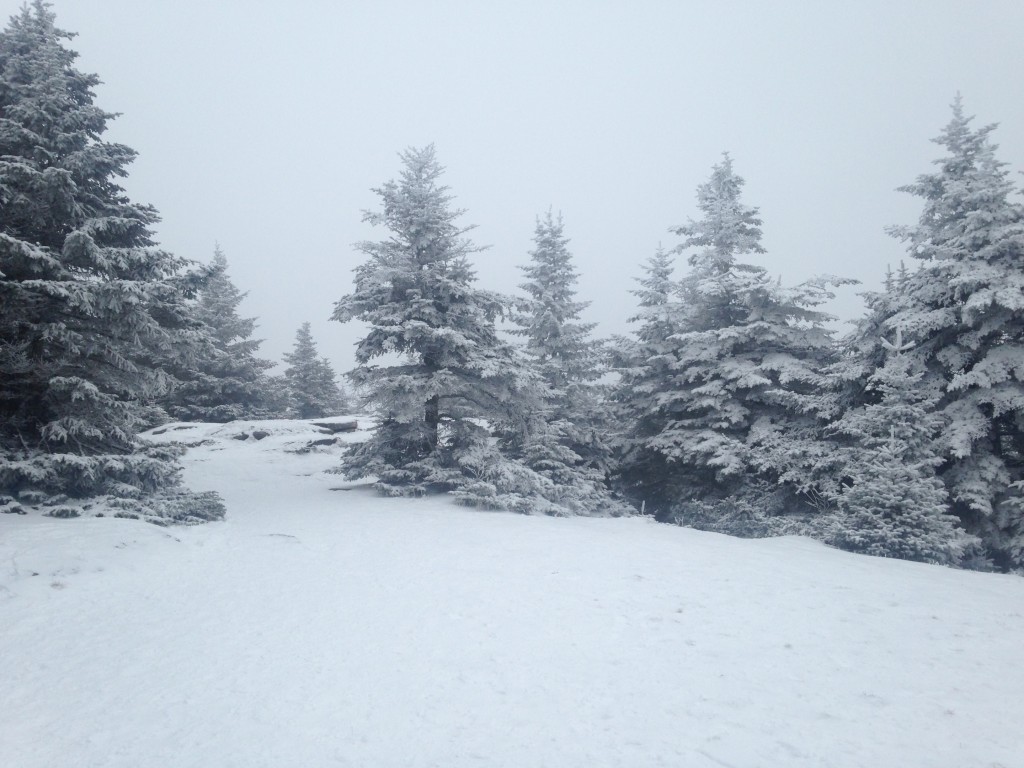 © J.N. Urbanski The summit of Slide Mountain with zero visibility over the edge

Hillsound sent me two pairs of crampons – or “spikes” – to try out and my life hasn’t been so thoroughly changed for the better since I got my juicer. They must have taken pity on me because they read that I’m hiking the Catskills 35 in a pair of fifteen-year-old snowboarding boots that I bought in an emergency, during a torrential downpour on 14th Street in New York City, when I was on my way to meet a client.

It’s rather like I have a new pair of feet and a new lease on life. On ice and snow, I now possess the traction and agility of a nimble mountain goat. They have so revolutionized my hiking that I feel like doing the remaining 22 peaks on my Catskills 35 list before it gets warm, so that I don’t ever have to take them off. It will be interesting to see what they look like by the spring. I took them off yesterday after my hike and found it hard to take one step without them on. I’m not sure how my fellow hikers survived on the icy trails without them this past weekend.

John Burroughs wrote: “winter is of a more heroic cast, and addresses the intellect”. I’d like to meet the genius that invented spikes. I’m sure when I finally get around to getting hiking sticks, it’ll be like having extra arms.

On Sunday, I did the highest peak in the Catskills at 4180 ft: Slide Mountain, which was wet at the base on the first 0.7 miles from the parking area on Frost Valley Road, with four of five shallow stream crossings and its fair share of mud that got icy as the trail rose in elevation. 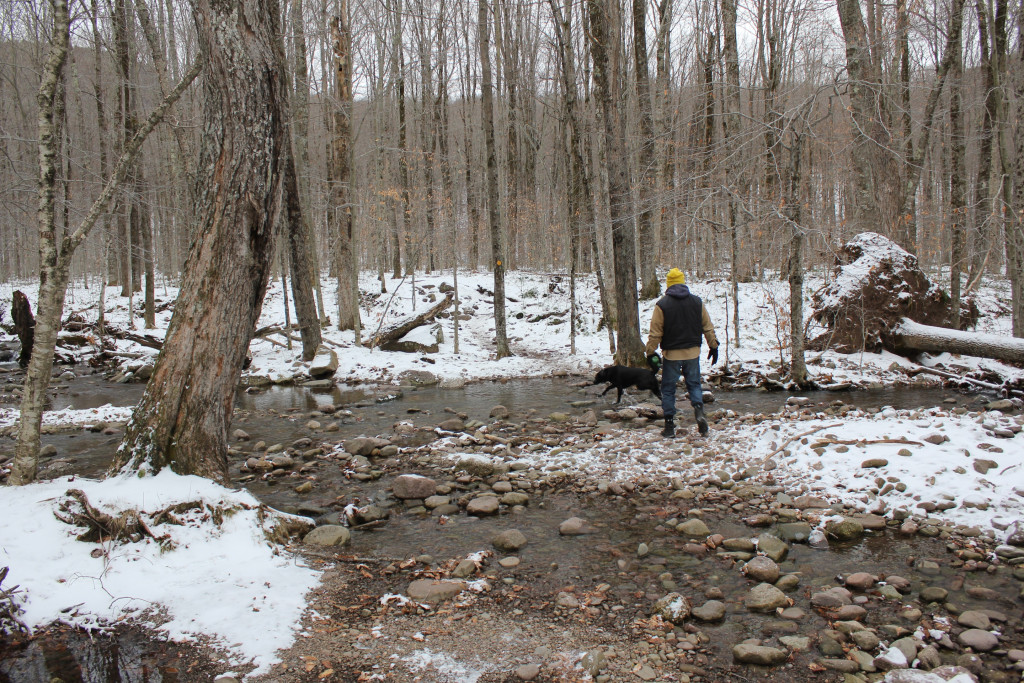 At the junction of PE and Wittenberg, the trail was thick ice for a at least thirty feet onto the Wittenberg trail, blazed red, and thereafter seemed to loosely follow a shallow stream that had frozen over. 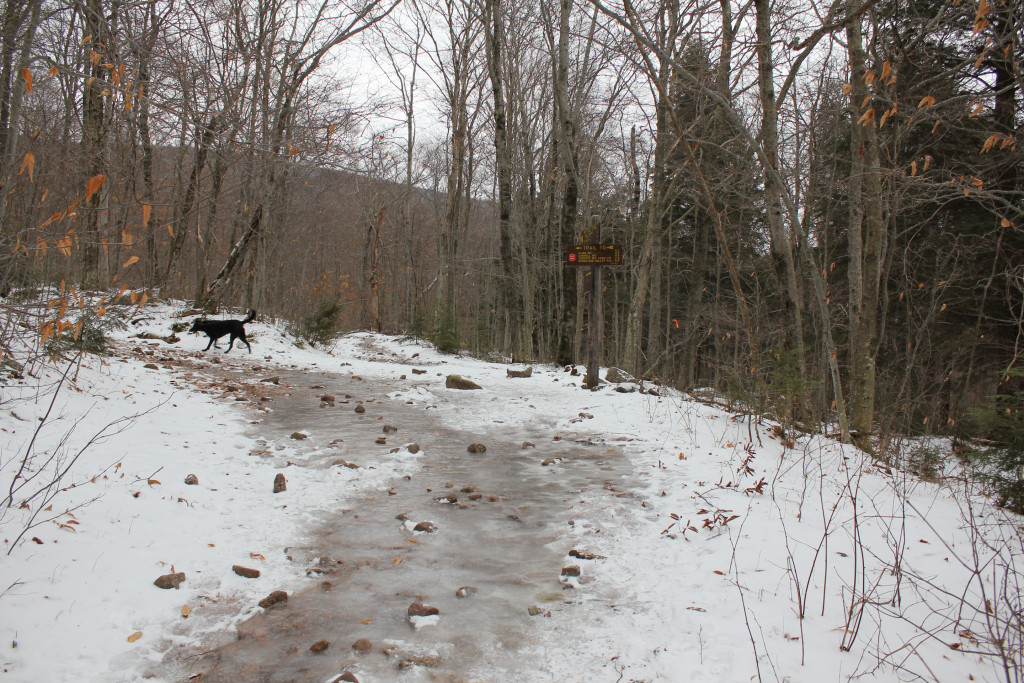 Everything changed suddenly late on the switchback approaching the turn off to the blue blazed Curtis-Ormsbee trail, as we pressed on to the summit of Slide. At least three inches of snow covered the trail and we entered a cloud in which we only heard migrating ducks and the crunch of our spikes. Mist and fog swirled ethereally causing a complete whiteout at the summit obscuring the peak’s legendary views. 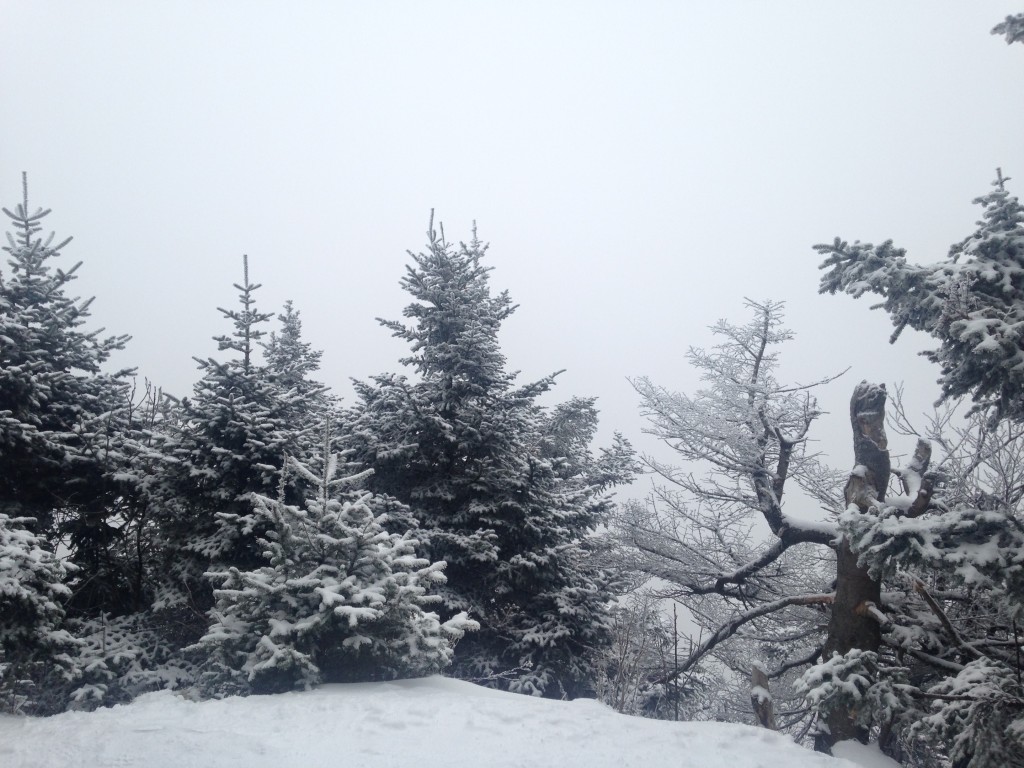 Slide was a favorite mountain of writer John Burroughs and there is a plaque at the summit declaring that he spent several nights under the rock on which the plaque is affixed. The region is the scene of many of his essays. On Sunday the temperature was around 30˚F, but tonight, as the mercury plunges into the single digits, the following words of Burroughs from his essay The Snow-Walkers ring true: 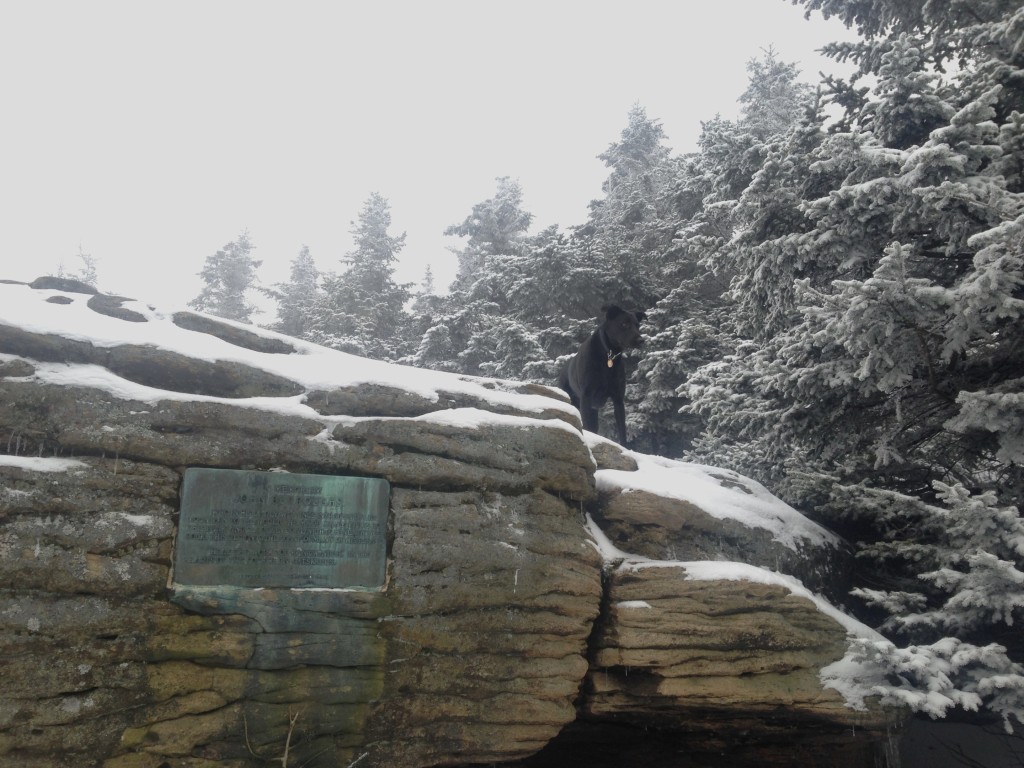