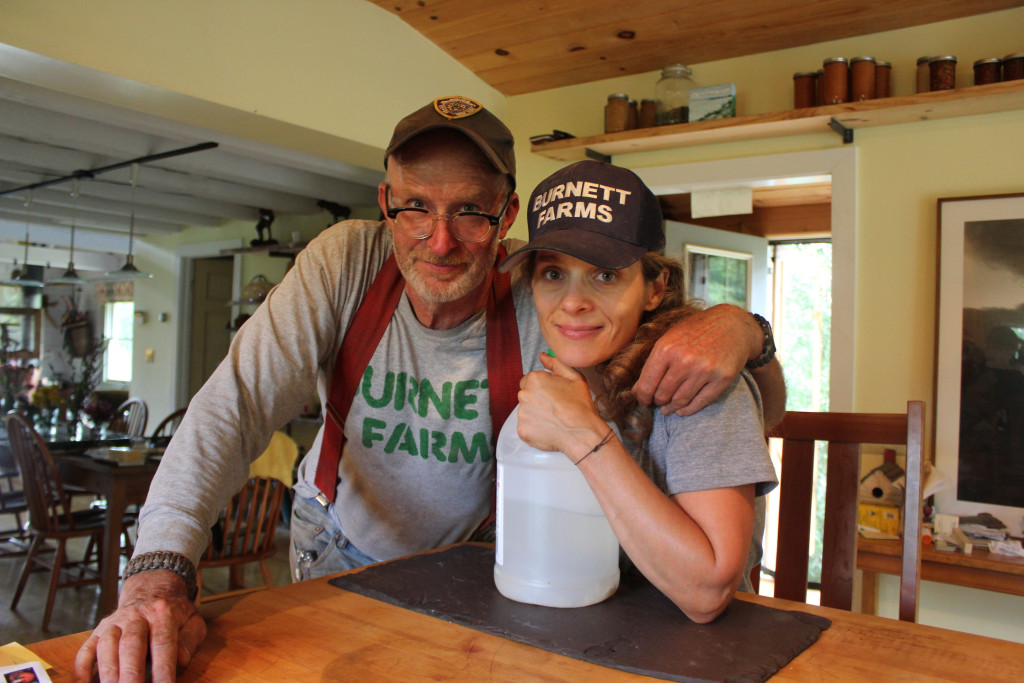 JN: What brought you two to the Catskills?

KB: I’ve been here for 15 years and what brought me to the Catskills was my charming Bovina farmer.

SB: I have been in the Catskills for a long time, starting in Phoenicia, where I had house and barn full of motorcycles. Then I moved to Bovina where there was a little more sunshine than up Woodland Valley and have been here since 1989. I came here also to have a weekend house, like so many people with careers in the city.

JN: So you’re both from the city?

KB: I’m still in the city. I teach third grade, so I’m up here on weekends and holidays and summers, which is more than I teach actually.

JN: Have you ever thought about getting a job up here teaching?

JN: So you’re both born and bred in New York?

KB: I’m born and raised in New York and Steve is from…

SB: Iowa, where there are more pigs than people and we’re proud of it.

JN: Excellent. That’s a banner quote, that is.

SB: I have corn and pork in my blood, because I’m from Iowa. Iowa, that’s where the tall corn grows.

JN: So what made you move from Iowa?

SB: I came out here to pursue becoming the hero of my own life, thank you. I left the small world of Iowa to come to the big city like so many people from small, rural areas who see if they can test themselves against the world and see what got stuck on the wall and what didn’t.

JN: So what did you first do when you first got to New York City?

SB: I got a graduate degree at Pratt in Graphic Design. Then I found out that, in New York City, if you had a line and the courage to step in front of somebody’s face and deliver it well, you could do very well. You didn’t have to be really, really smart and I’m not.

JN: How did you get from New York City to the farm?

SB: We built this farm from scratch starting six years ago, when I decided it was time to start another phase of my life and Kristie supported me and, while she has been teaching in the city, has guided the development of every bit of it, intellectually, because she’s a much smarter farmer than I am. But I’m strong and I’m resourceful and stubborn, so I do the work and she does all of the thinking. Is that right Kristie?

KB: I’ll take 10… You work very hard, you really do. I’ll give you credit for that. I do have the big ideas.

SB: She has the big ideas.

KB: And you execute them.

JN: What are your biggest ideas?

KB: The biggest idea has been the raised beds. Steve could explain to you how the ground is and how you should not be growing vegetables because…

JN: Two stones for every dirt?

KB: Right, and because of the short growing season and the predators. I just watched him, for five years, literally bending over and picking out rocks. I looked at him having to do that every year as a huge problem and he did not obviously, but I was like, why don’t we just raise the beds a little bit. So it helped with drainage and it’s a completely different farm. Steve also built those amazing greenhouses out there, which we’ve had tremendous success with.

JN: Where did you guys meet?

KB: At 21st and Broadway. Steve was in the graphic design business and prior to being a teacher, I was in the health and fitness industry and his business partner or colleague was in really bad shape and I was working with him. I trained him and Steve was really protective of this man and one day Steve saw me doing a few things with this guy, Michael, and he came over to me and asked what I was doing. Then we got talking a little bit. I happened to be travelling to Asia that summer by myself and he said you can’t go out there by yourself. He had an office out there and he said why don’t I hook you up with one of my people out there and he did and PS, if you ever want to hang out with an old geezer like me, call me. So I when I got back I called him.

JN: So you dated for a while in New York City?

KB: We lived together for about eight or nine years in the city and then we got married. I guess about two years into our marriage, Steve was like I’m done with the city and my teaching career had just started picking up, so he left the city and moved up here full-time about four years ago. I’m still in the city and I love what I do, but I would say that the last two summers we were finally figuring it out like, this is home, that’s farm and that’s really important to me, but it’s become really important to you also. But it’s time for me to get up here and I will.

JN: So what inspires you most about the Catskills?

KB: The air, hands down. The air is really special.

SB: I spend my day in labor, mean labor. When I stand up and look around, I say to myself, what an amazing work site. I’m surrounded by a beautiful mountain top habitat. The sky is always full of drama. The trees are always quivering and blowing, the music of the birds and the rustling of the animals…. for me what inspires me is this is one of the last pure habitats on the planet and we’re here growing really good food in it.

JN: Where do you sell your food?

SB: We sell it out of our farm stand primarily. It’s taken years to be discovered because we are off the middle of nowhere here. People have found it and come back because they like what we sell here. We sell to local restaurants and we have a few restaurants in the city that come up and purchase our food.

JN: That’s great that they come up here and get the stuff.

JN: Because there are a lot of restaurants now that are farm-to-table and they really care about going [to the farm] and having a look around and getting it from you and that’s cool because it really keeps the costs down doesn’t it?

KB: Steve does really well at connecting with people.

KB: He does, and it genuinely shows. So I think a lot of people come here because of him.

JN: You look like a good team. So do you keep the farm in a Wendell Berry type theme where it’s an ecosystem to itself?

KB: Well, that’s my goal, but right now we’re going the way of a monoculture, where our vegetables are over there and our livestock is over there. We’re starting very simply. We’ve added two-dozen birdhouses where the greenhouses are and the birds are out there which is very nice. We’ve starting integrating more fruit, but because we’re organic, it does make it more challenging because you do need to rotate some of the crops because of the bugs.

JN: Do you have events?

SB: We had an event in the middle of winter, a dinner in one of our greenhouses in late January, -10 degrees, co-hosted by the Brushland Eating House. AndNorth did the decorating and a lot of local purveyors brought stuff in, but we had a table for forty people and lots of good food and liquor.

JN: How large is your farm?

SB: 150 acres, 50 acres of hay, 4 acres of tillable earth, which Kristie described as taking four years to clean out, and 8000 square feet of greenhouse and then we’ve got paddocks for our pigs and cattle. We’re building a very comprehensive infrastructure for our animals right now. Farming is about expanding as you get to know the market then you adjust and scale accordingly. But we are starting to get to know how we can make money in this very strange world we live in, in farming generally, but particularly up here for Kristie and I, where we had no mentors and there was no institutional knowledge and there were no other farmers doing what we were doing. It was trial by error and learning through our mistakes. Keeping a stiff upper lip and, in the process, becoming extremely humbled by it all. 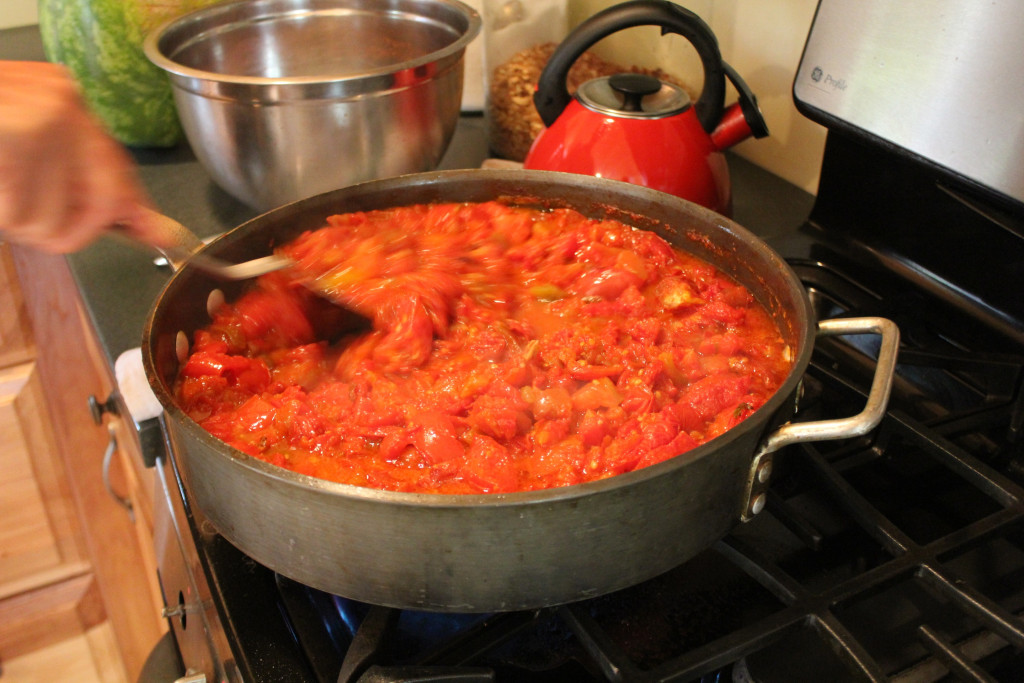 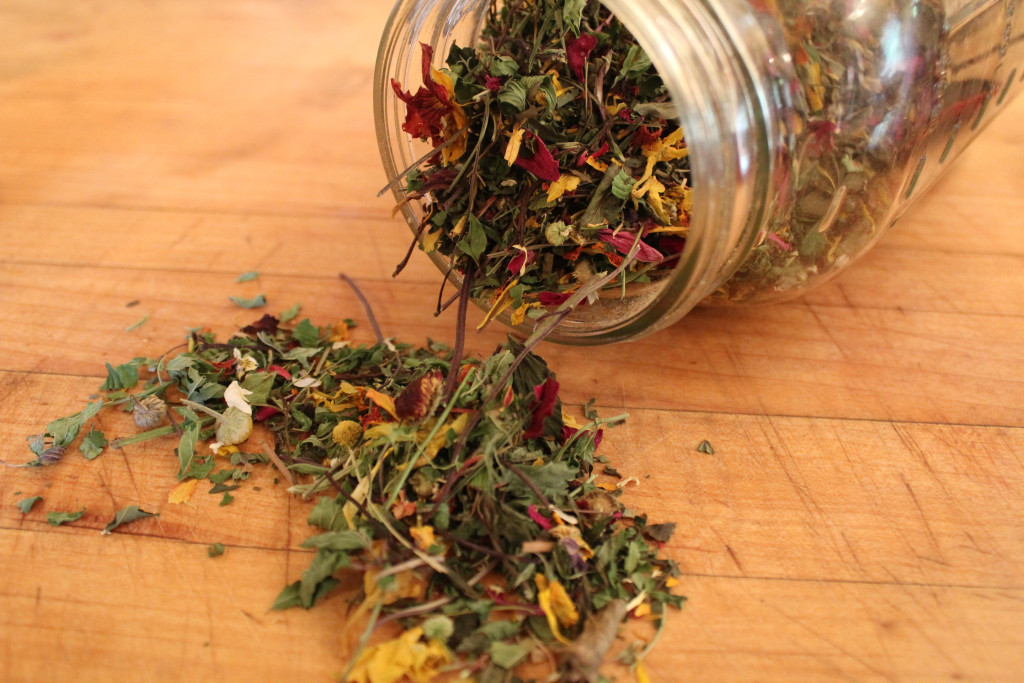