The second and final day of the Arkville Roxbury Margaretville Art Tour wherein more than 20 artists showed their work and/or opened their studio to the public. Today’s highlights were Oneida Hammond, fine artist, who showed at the Halcott Grange on Main Street in Halcotsville and Alix Travis who has a studio in the hamlet. 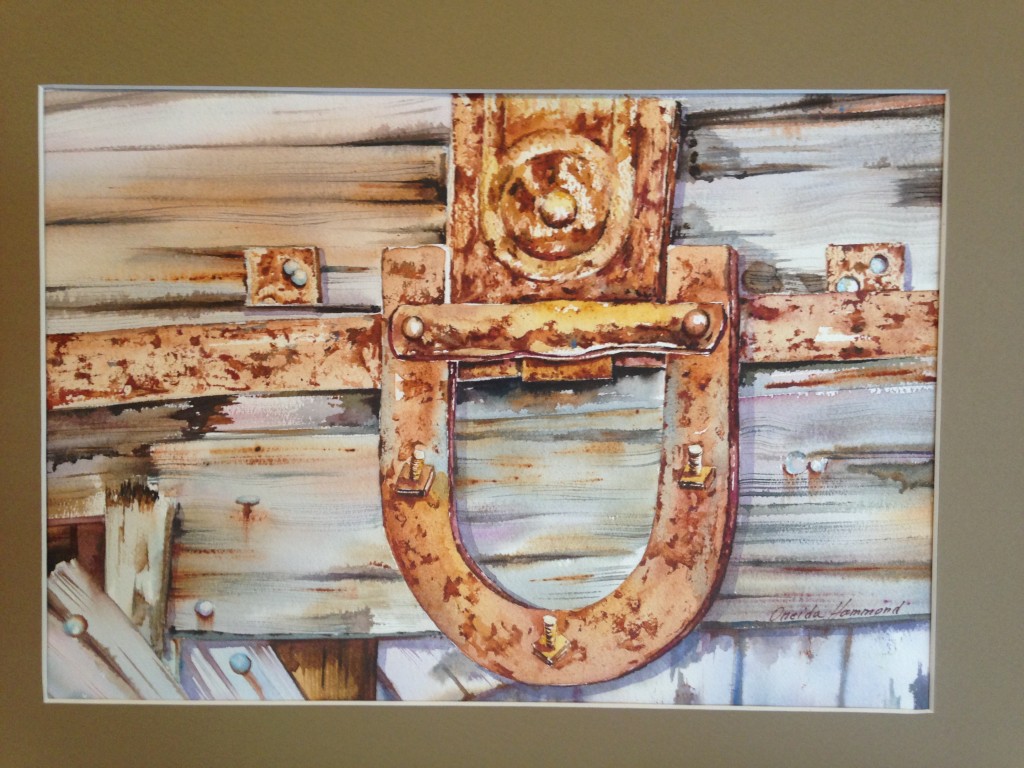 It was worth making the trip just to peruse Oneida’s sketch pad and her Mexican travelogue. 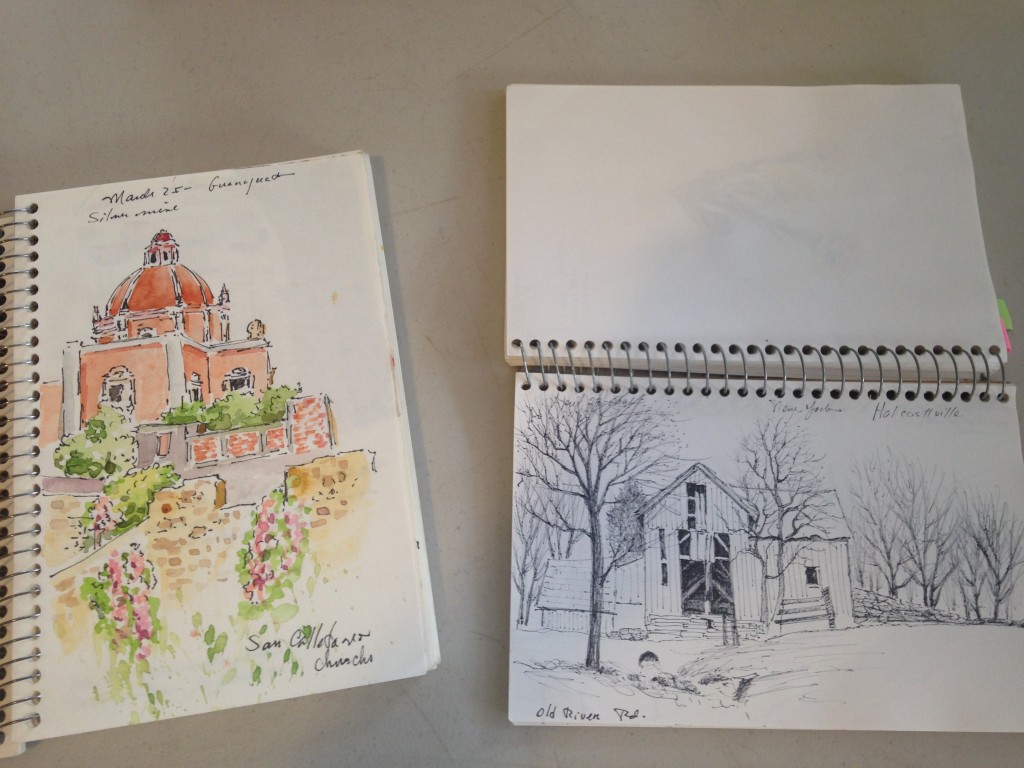 And, of course, there was an array of public art that’s on show year round: 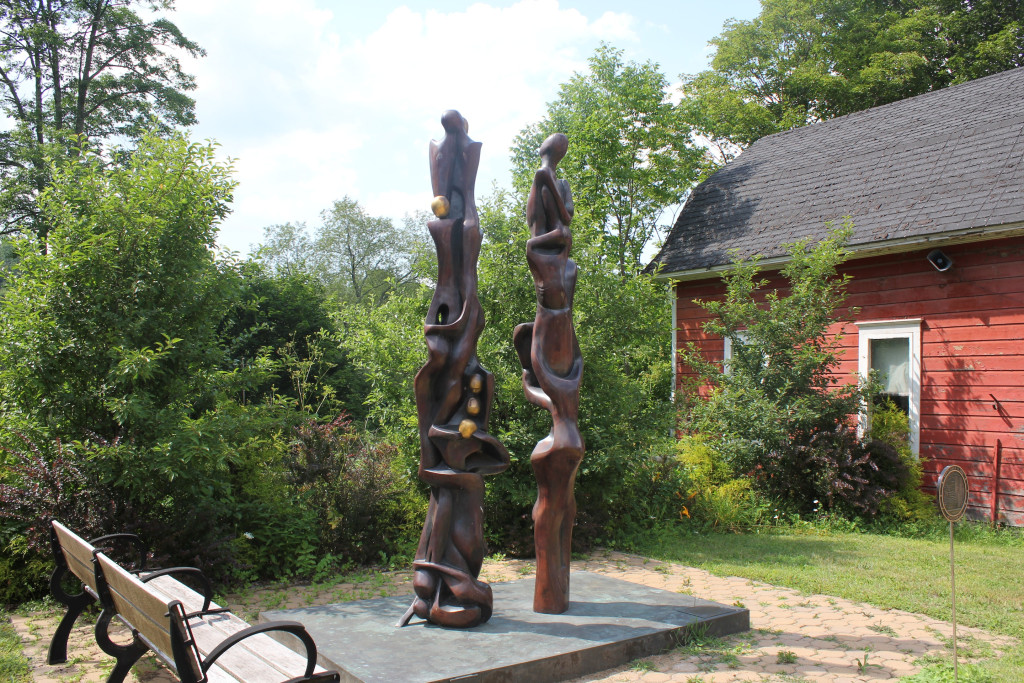 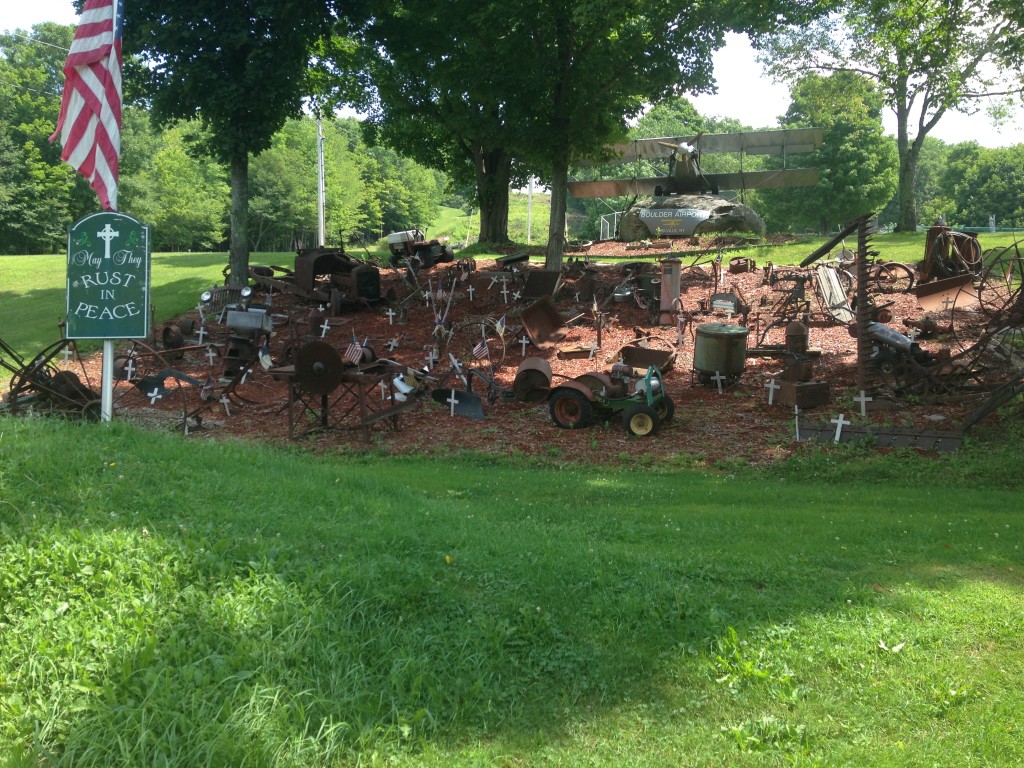 Rust in Peace on Route 38 between Route 30 and Arkville, Lynn Johnson