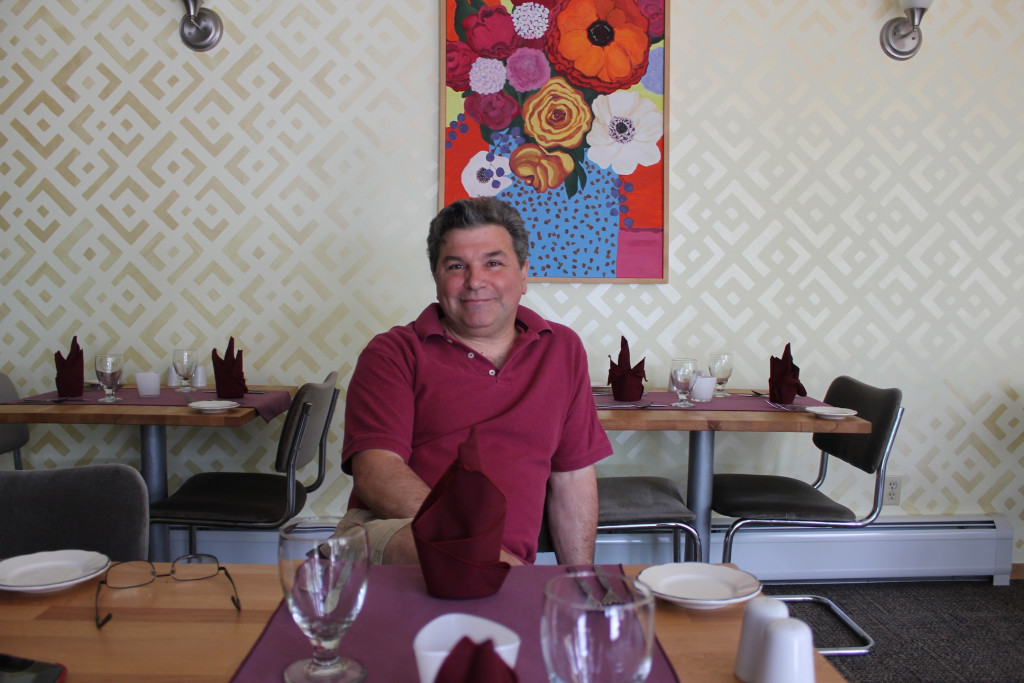 Peter DiSclafani is proprietor and chef of the Catskill Rose Lodging and Dining in Mount Tremper, New York with his wife Rose Marie Dorn.

Rose and I moved here in 1987 after we got married. I was born and raised in Saugerties. I was out in Colorado in the seventies after high school just to check things out and that’s where I met Rose. She’s from Colorado.

What made you return to the Catskills?

We came back here during our honeymoon and Rose fell in love with it: the greenness of the area. After we got married, we were in California for about a year and we were working at a restaurant we thought it was time we opened our own place. I said: “what you think of upstate New York?” We were reading about a possible resurgence of people loving restaurants and going out there.

That was in the mid-late eighties.

There was a resurgence here?

That’s what we were reading, but right after we moved back here, though, a depression happened called Black Friday. It was another time when banks were failing and people were losing their retirement and things slowed right down. IBM had a big plant in Kingston with 7,000 people in it and they were all moved away to other places. They sent some people to Poughkeepsie and some other people to Raleigh, NC. That was a kick for this area. Any of the retailers and restauranteurs will remember that as not a good time.

So you’ve had the restaurant all that time?

Yes. Since 1987. We were always looking for an inn and couldn’t find one we liked, so seven years ago we converted this place. We put two extra rooms in and made the dining room smaller. The place was built in the forties and came with this big beautiful art deco bar that took up half the footprint of the place. It was closed for three or four years before we found it. But we found it, and right after we opened we started doing improvements to make the place a bit nicer. We put the patio in and then we put the kitchen garden in.

What’s in the kitchen garden? Does it take a lot to tend?

It did at first. Obviously all annuals: mostly we grow things like tomatoes, kale, broccoli, Brussels sprouts, green beans, snap peas, berries, sorrel, rhubarb. Throughout the season, things are ready at different times. We just love going out there and picking big bushels of green beans and whatever’s available

We were focused on doing fresh food and we put our garden in fairly early within a year of being here and not only that, we started composting too. And the impetus was originally: “woah, how could trash removal be so expensive?” Doing the garden we thought we would go and get some manure from one of the local farmers and enrich the garden but, on top of that, we could make compost and we could use our scraps from the kitchen. It cut our trash to a quarter of the size.

Wow! Just having a kitchen garden?

Instead of having a big dumpster, we now have just a regular trashcan.

Do you tend it yourself or do you have a gardener?

No, just Rose and me.

So what’s the biggest change you’ve seen since 1987?

The biggest change I’ve seen – and I think this isn’t just the Catskills, but it’s more of a global thing – is that people appreciate home made and slow cooked food. They appreciate being healthier with their bodies and not eating at fast food places. That’s the one of the most positive things I’ve seen happen.

What made you start up a restaurant?

I cooked in restaurants and even as a kid I would go away and cook at camps and that sort of thing. I mean, going to camp and then later, working at one. I just loved to be in a kitchen under the chefs, doing prep and soups and all kinds of stuff. Rose’s family has been in the restaurant business for a long time. Her family made ice cream and sold it off of carts in France.

So she’s got French family?

So that’s been your living this whole time?

So what’s your favorite dish to cook?

I love cooking stews in the winter and I really got into smoking, so I smoke trout and duck.

What tree is that out front?

That’s a star magnolia. When we arrived it was winter and we saw that there was a tree in the front yard and we didn’t know what it was and then in the Spring it bloomed and we were like “wow look at that”! It was a real showstopper.

What’s your favorite thing on the spring menu?

My favorites, that’s a tough question. I eat everything and really love food, obviously. Pork cheeks are very tender morsels of meat, peeled and cleaned, then braised in chicken stock for a couple of hours and finished with adobo-smoked jalapeno, tomato, garlic, onion, marjoram, cumin, fennel – not spicy but rich. Served over sweet corn, poblano polenta, which we broil and peel the poblano chili, shuck some corn and stir into a soft creamy cheddar polenta then top with charred scallion. It is delicious. That’s just to get me started…

So you’ve been here thirty years, you must have seen some changes.

That’s the nice thing about here is that there haven’t been a lot of changes. There hasn’t been a lot of big, huge development, which is bad and it’s good. The good part is that it hasn’t gotten over run. I can get on my bicycle and not worry about getting run over that much unless I get on Route 28 and even then, Route 28 has such a big shoulder. When I was riding my bicycle more often, I would ride up to Phoenicia, Lanesville, and Hunter Mountain. Mostly, my time off is mid-week and there aren’t that many tourists around. It’s nice to cruise around on back roads or go around the reservoir.

Is there such a thing as day off in country life?

[Laughs heartily] You’ve got to take them when you can, but you know not often when we’re going full board in the summer and fall. We’re in the kitchen a lot. But we love being outside, so on a day off, even if it’s to re-finish the outdoor furniture or do something in the garden, it’s so nice to be outdoors and away from the thing you mainly do. It’s nice to be out of the kitchen.

I love the changing seasons. I love even as small as the Catskills are, they are still rugged and you can get up into them and get beautiful views off some of the peaks. Every spring is inspiring because you get through winter and think what am I doing here and then, suddenly, it explodes with life. 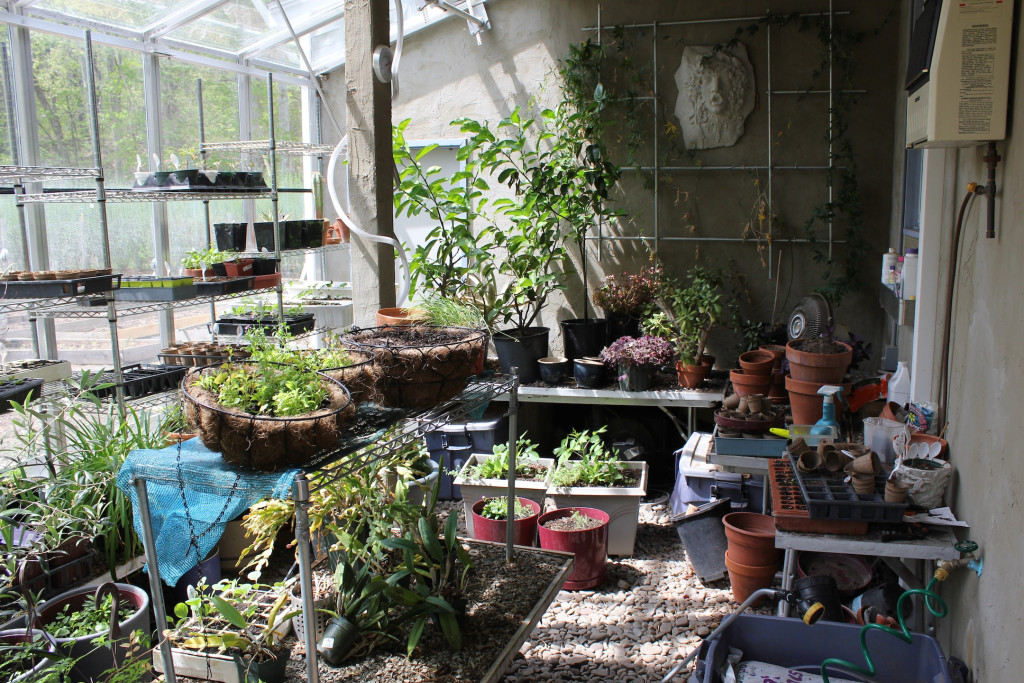 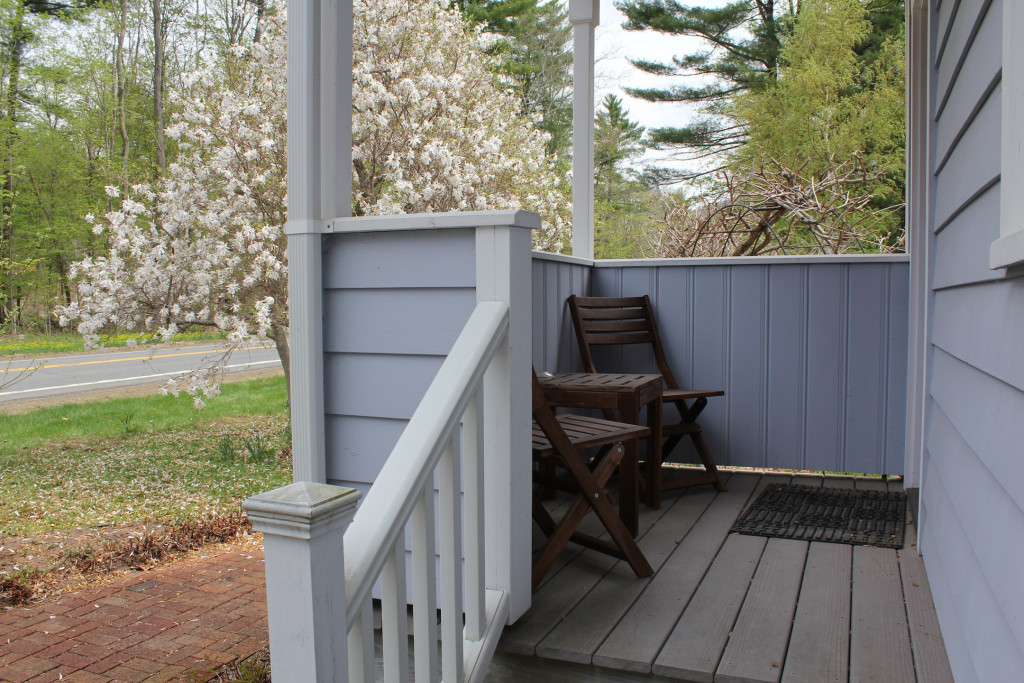