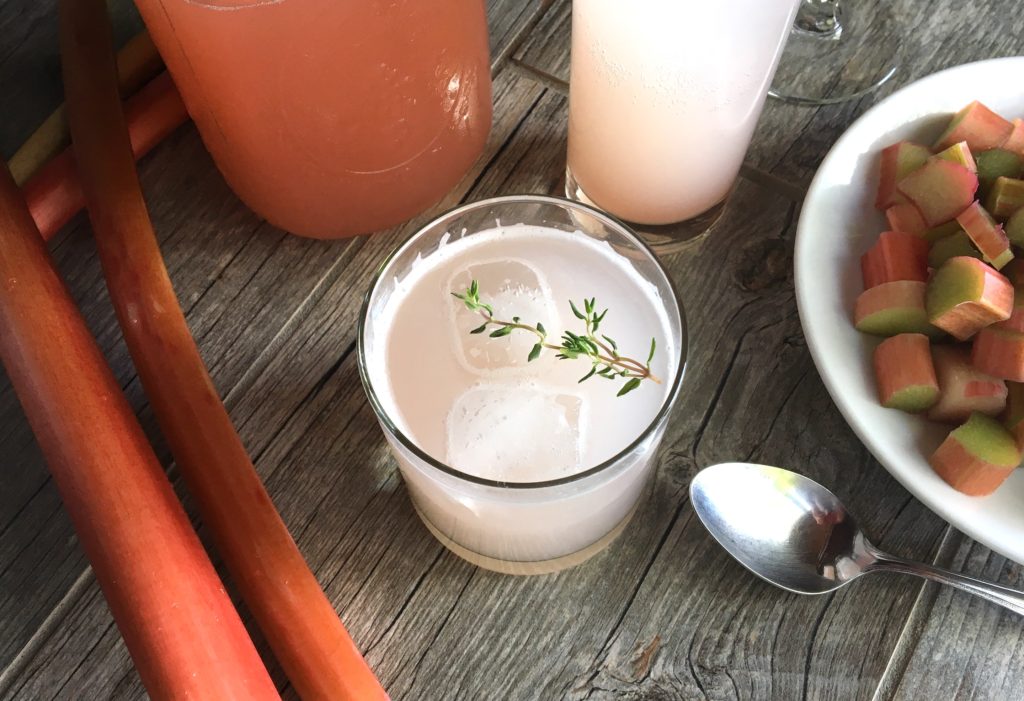 Simple syrup season is here – the time where we have lilacs, forsythia and other blossoms to soak in sugar water to make floral or fruit sodas and cocktails.

My rhubarb/vodka cocktail is called a Catskills cocktail is because we have burgeoning rhubarb with very little effort on our mountaintop here in the Catskills. Alan White of Two Stones Farm told us years ago to grow what thrives in abundance on your property and swap with your neighbors. So we’ve been growing rhubarb as thick as broomsticks for years. Animals avoid the leaves because they’re poisonous and because the rhubarb itself is bitter, but the fruit provides useful nutrients and fibre. The tartness of the rhubarb pairs well with the vodka. I also like to add a sprig or two of rosemary when cooking the syrup as I think the flavors pair well. Just the soda alone – the rhubarb juice and the sparkling water together – is delicious and refreshing. You can also use the rhubarb syrup as you would a liqueur in Prosecco or Champagne.

Many recipes say boil the rhubarb, but I prefer to roast it with the sugar as this seems to keep the syrup more flavorful, as long as the dish in which you roast it has a tightly fitting lid to seal it.

5 cups of rhubarb, chopped into small chunks
1 cup of sugar

Mix the contents together in a roasting pan. Roast the contents in a tightly-covered baking dish for 25 minutes on 350F, until the rhubarb can be easily mashed with a spoon. Take out of the oven and leave to cool. Strain through a sieve or muslin and transfer the pink liquid to jar or bottle. Freeze or save the strained, mashed fruit to use for pies or cakes or serve it warm with ice-cream or yoghurt. Makes 2 cups of perfect pink, tart-sweet syrup.

Pour rhubarb syrup into a rocks glass over ice. The rhubarb juice makes the sparkling water froth, so pour the water in while tilting the glass as you would pour a beer. Stir gently.

Pour vodka and rhubarb syrup into a high ball glass over ice. Pour the sparkling water while tilting the glass as you would pour a beer or an ounce at a time to prevent the froth spilling over. Stir gently. Makes one frothy cocktail.

Shake the ingredients in a shaker with lots of ice for about 5 seconds and pour into a martini glass. 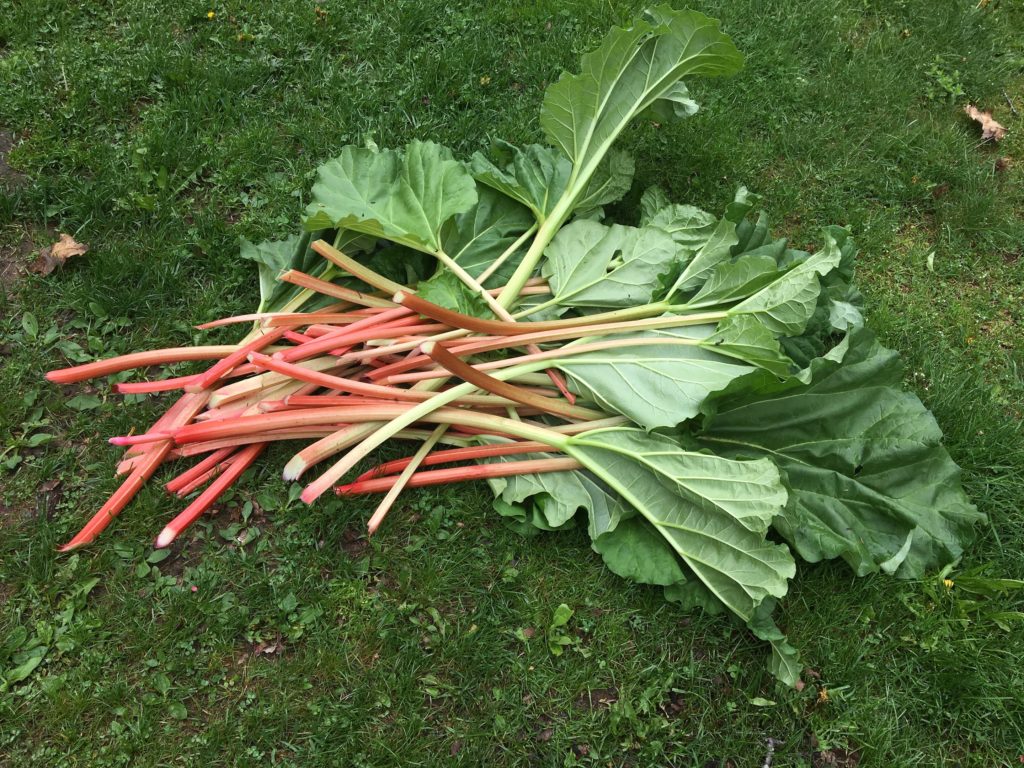