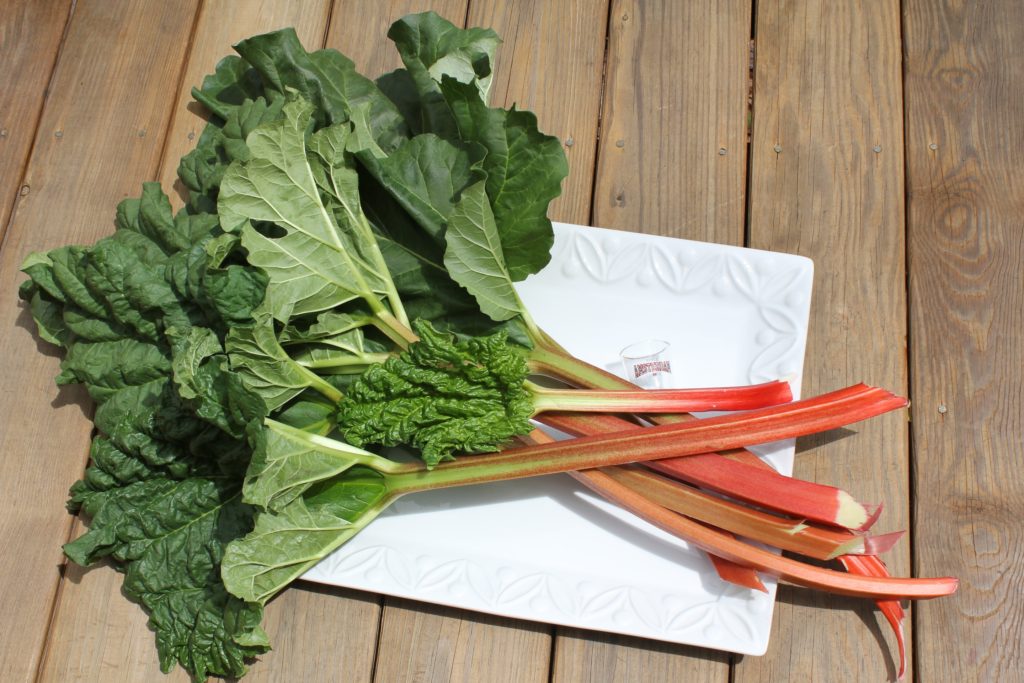 If you let your rhubarb go to seed every year for two or three years without harvesting, it’ll become so strong and well established that you’ll end up with robo-barb: a fat, thigh-high bush with stalks as thick as broomsticks. It will be worth the wait to eat rhubarb from a three year old plant. I’ve tucked a little one-ounce shot glass from Amsterdam to help with the comparison here (pictured above). Pick stalks that are ten inches long at least. The shorter one here pictured above was taken by accident. Take only half the plant, as you need your rhubarb plant to go to seed before the winter. The best thing about rhubarb is that the animals hate it more than the asparagus, so it goes untouched year after year. Its season varies from April to June and although it’s considered a vegetable, it’s used like a fruit. It can go to seed as early as a month after the first harvest. Some brave souls eat the stalks raw. However, the leaves are poisonous, containing oxalate, so cut them off with at least an inch of the stalk and discard immediately.

The stalks feel like celery when you cut them and they are high in beneficial nutrients like vitamin C, polyphenols, dietary fibre and calcium. The plant is part of the soothing dock family and also related to sorrel. Used as a fruit, it makes excellent jams, sauces and compotes. Stew, poach or roast with plenty of sugar, as it’s too bitter to eat without it. Below is a basic starter recipe for rhubarb. Lightly roasted rhubarb can be saved for later to be re-cooked, stewed and blended with other ingredients to make pies and crumbles. This dish is designed so that you can taste the rhubarb flavor, retaining as much fibre as possible and might not be sweet enough for the less adventurous. Once again, do not eat the leaves. 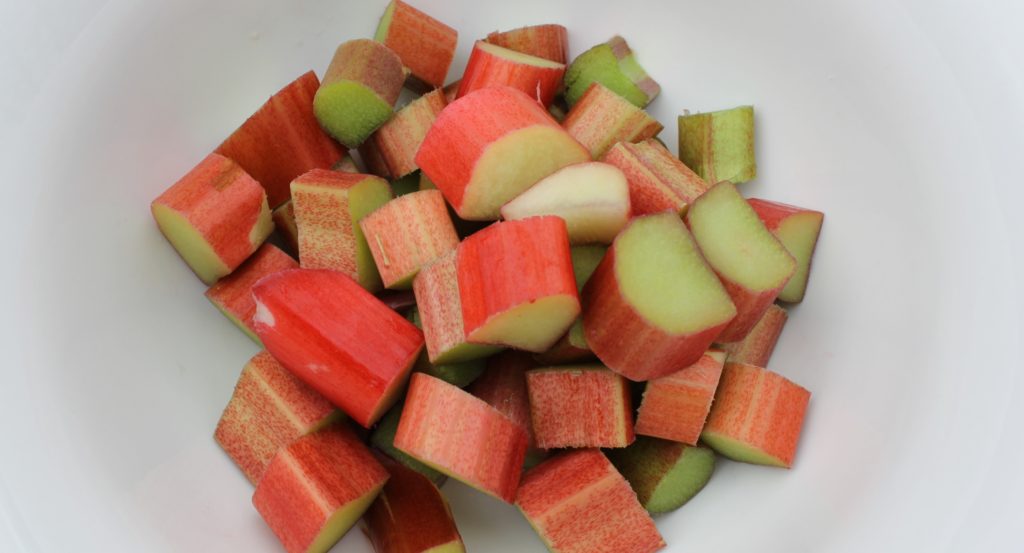 Seven stalks of rhubarb – with the poisonous leaves plus a further half an inch of stalk removed – cut into one-inch chunks: about five cups
A quarter cup of sugar

Mix the sugar and rhubarb chunks together in a Pyrex roasting dish and cover with foil. Heat the oven to 390F and cook the fruit for 15 minutes. After 15 minutes, remove from oven and gently pierce a chunk with a sharp knife. The rhubarb should keep its shape and there should be a half-inch of sweet juice in the bottom of the pan. Cover and put back in the oven for a further five minutes. 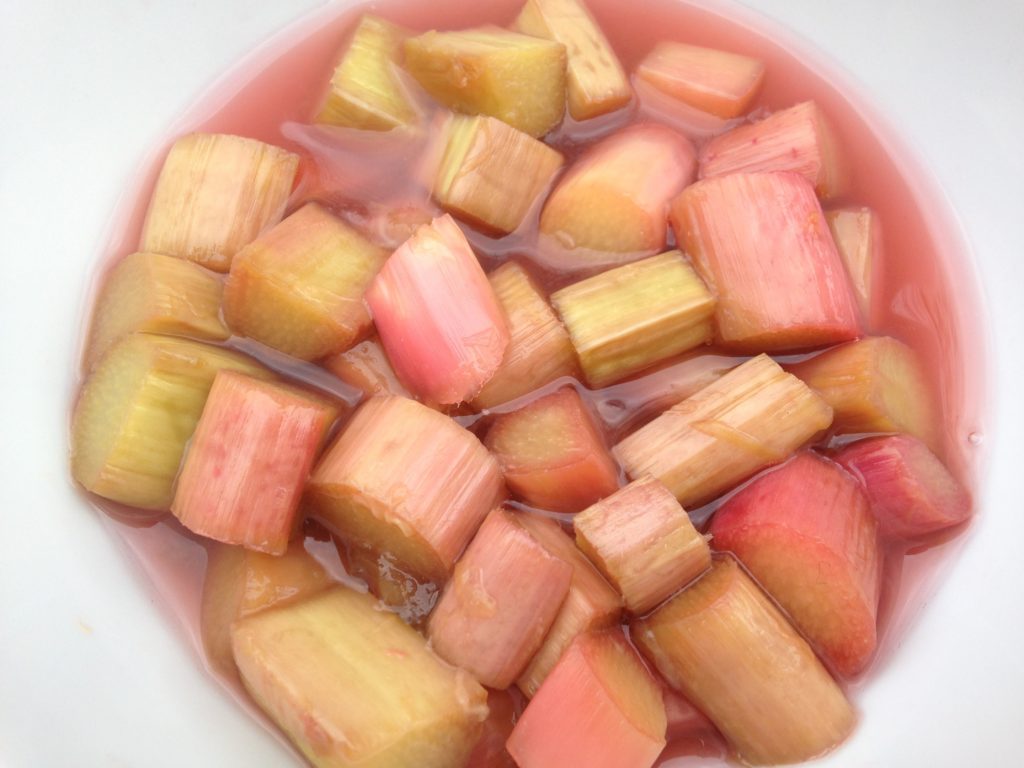 1 thought on “Farm to Belly: Rhubarb”