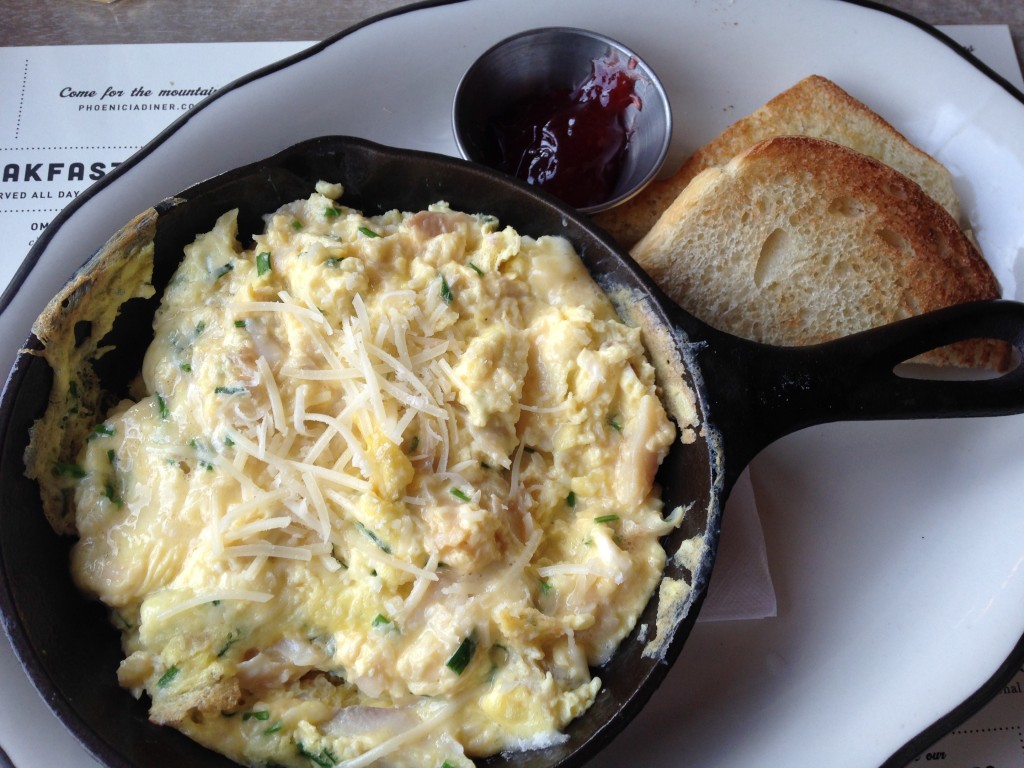 Last year, Mike Cioffi, owner of The Phoenicia Diner, and I ruminated on the costs of running a restaurant on my radio show The Economy of the Kitchen. Next week, Monday 12th January at 9am, in our second and final show, The Economy of the Diner, we’ll discuss the diner as American icon. The diner also has a rich cinematic history: Pulp Fiction, Twin Peaks, Superman, Back To The Future, Heat, Thelma & Louise, Diner: the list goes on and on. Who can forget Jack Nicholson trying to get an order of wheat toast in Five Easy Pieces or the tipping scene in Reservoir Dogs? Not to mention Meg Ryan’s glorious turn in Katz’s Deli in When Harry Met Sally and the actual movie called Diner, starring Steven Guttenberg directed by Barry Levinson.

As a foreigner, the diner is the ultimate American experience and my first diner visit was Relish in Williamsburg, sadly now slated for demolition. I’ll never forget my first order of biscuits, sausage and gravy and with whom I shared it. 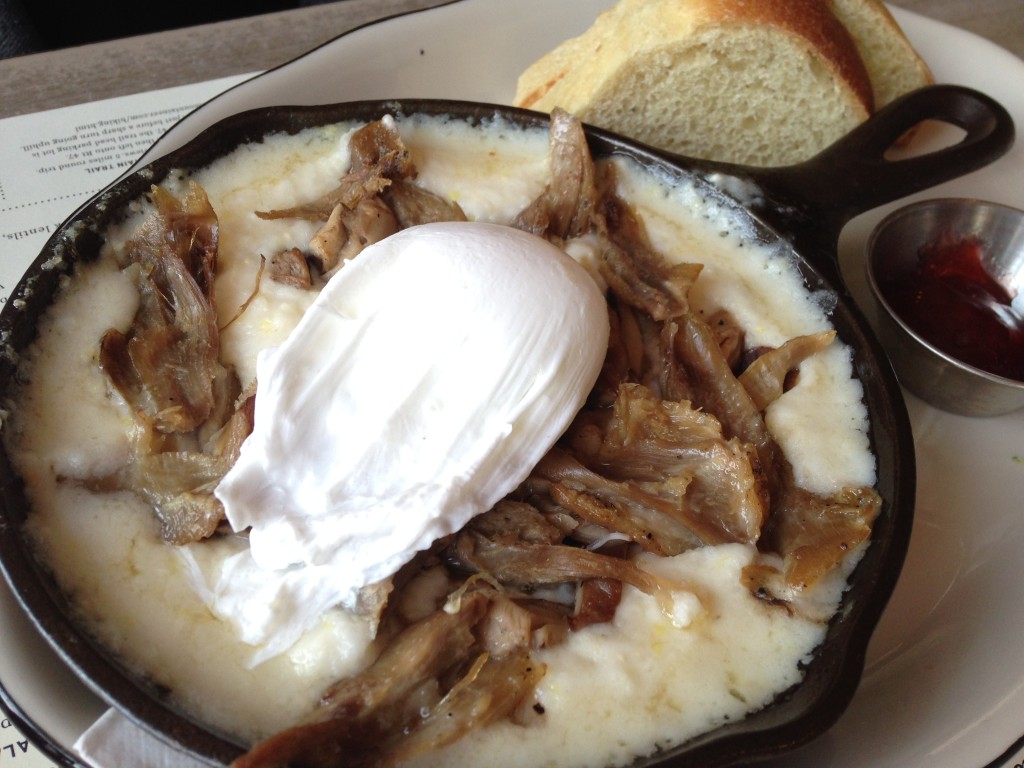 My new challenge is eating my way through the menu at The Phoenicia Diner and I continued today through the skillet section. I tried the Duck & Grits skillet ($11), House Cured Corned Beef Hash skillet ($11) and the Arnold Bennett Skillet ($10). My first taste of American grits (not a British staple) was back in Brooklyn and had been quite vile experience, like eating cold porridge. PD’s grits are creamy with a hint of cheese; their scrambled eggs are the perfect combination of moist and firm. If Chef Mel uses salt in the dishes, you can’t really taste it and this is how it should be. Salt should be the choice of the customer. The Arnold Bennett Skillet ($10) came out on top in this round: locally smoked trout (delicately tasty), parmesan cheese, crème fraîche and scrambled eggs. PD makes its own bread too, which is thick, slightly chewy and tasty. Portions are generous and the eggs are noteworthy – some of the best I’ve eaten in the Catskills – for their vivid orange color. Most ingredients are sourced locally and when they run out, so does the item on the menu for the day. Eat here before you ski, on your way to Belleayre for the hearty nourishment that lasts all day. You can take sides and leftovers to go in compostable containers. 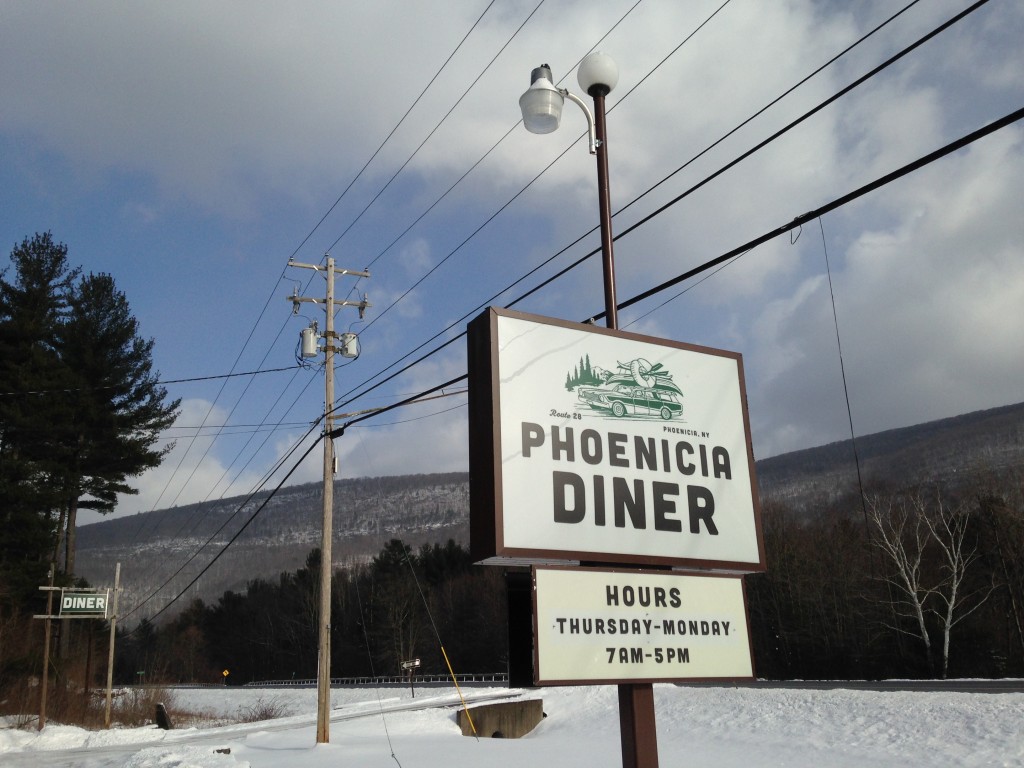 1 thought on “The Phoenicia Diner Challenge”