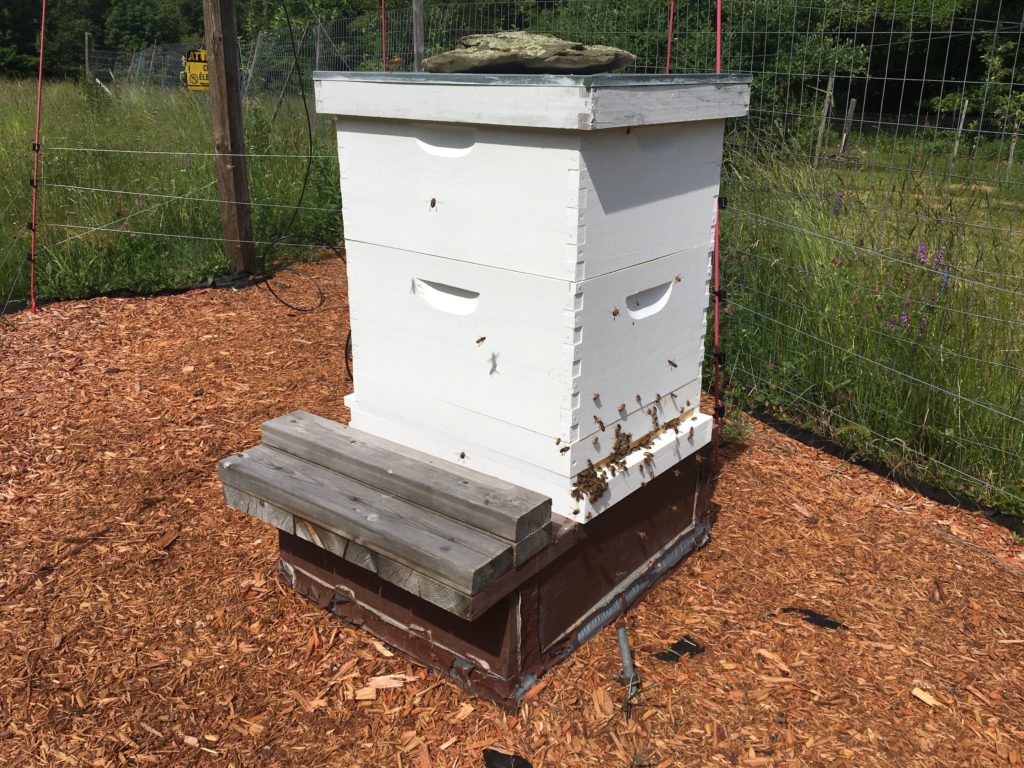 An experienced, local beekeeper recommended that, because we have a developing, young hive, we should smear a small dollop of high-quality, raw honey on the landing pad for the bees to eat. This turned out to be another mistake and invited an attempted invasion by a group of opportunistic bees that were twice the size, just proving that beekeeping is such a personal endeavor subject to just about any possible variable. The survival of each hive is unique depending on location, weather, surrounding vegetation or position and each beekeeper should necessarily develop their own style.

The next mistake we made was at the time of the attempted robbery in trying to adjust the entrance reducer while they were defending the hive from the attack to prevent any more robbing bees from entering, but we just got attacked ourselves.

Hive robbing is a common problem during drought or hot conditions. A weak or young hive is especially vulnerable to attack when it hasn’t rained for a while, flowers are wilting or there’s little to no pollen around during that time between spring’s early blossoms like apple and the summer flowers like milkweed that’s just coming up now.

Our bees successfully fought off their attackers last week, but the bandits have returned today and there’s chaos at the front of the hive this afternoon. It makes for very angry bees and we’ve had a couple of bee stings today. We’ve left them alone to defend themselves and hoping for the best. To defend the hive they are darting around the front of the hive like bullets and “bearding” around the hive entrance. Beekeeping is not easy.

2 thoughts on “The Great Hive Robbery”