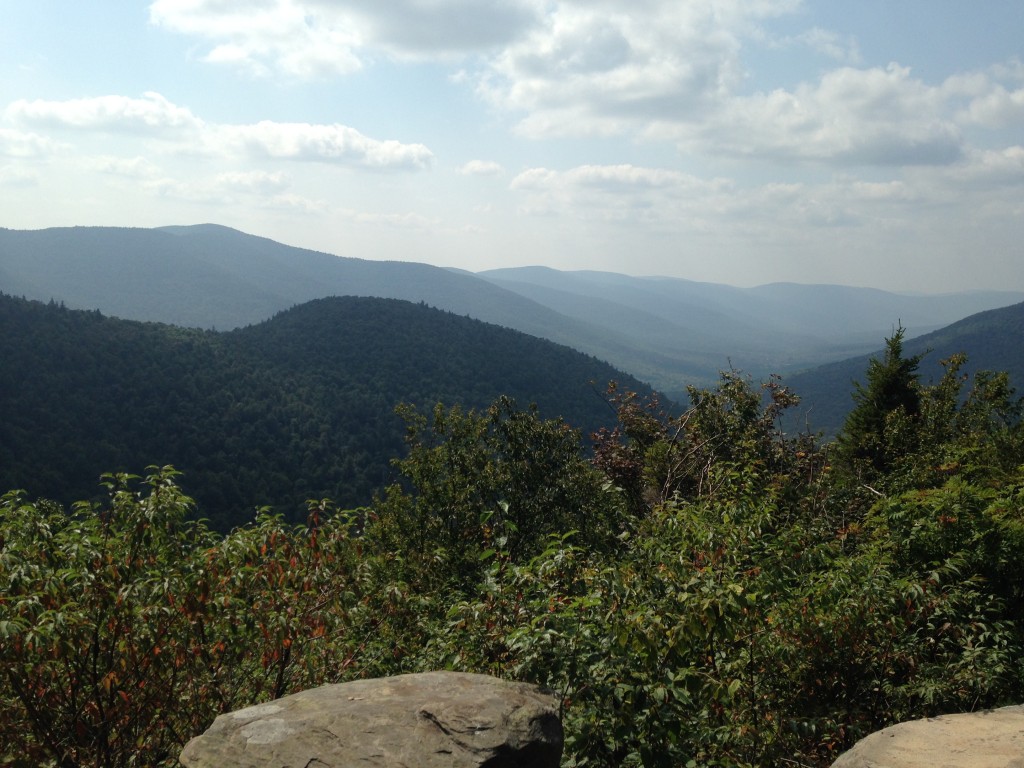 © J.N. Urbanski The view from John Robb lean-to about 2 miles into the Spruceton Trail to Hunter Mt.

If the Spruceton Trail to the summit of Hunter Mountain were a movie it would be a Kate Winslett vehicle: remarkably efficient, obvious, solidly reliable with a spectacular finish. An old logging trail, it has a very wide berth, leading the way like any seasonal road flattened with pebbles and flinty rubble. There’s really no chance for an idiot writer to get lost on this trail; even the Black Lab fell in line quickly and took a steady, dependable pace all the way to the top where there is a large fire tower, upon which should read the words: don’t look down. Looking down from the midway of the fire tower invites a severe case of the wobblies.

Hunter Mountain rests on a loop, but the second part I didn’t do because the trail is called The Devil’s Path and, if I’m going to hell, I’d rather do that with my friends (on a Friday night with a bottle of whiskey). Plus, I was told at the summit by a seasoned hiker, with special walking sticks no less, that the Devil’s Path is no place for a dog. I can’t imagine not hiking with my two-year-old puppy. In past hikes like Panther Mountain, he has found the way back when we’ve been lost because he pees all the way up and can smell his way back to the parking area. Dogs save lives. In fact, it occurs to me that I might only be doing the Catskills 35 to tire out my inexhaustible puppy. The Spruceton Trail is perfect for dogs because halfway up there’s a running spring.

Speaking of walking sticks, you might need them on this hike in particular, because the gradient is quite steep and on both my ascent and descent I kept suffering what I call gravelanches: sliding on loose stone and almost skinning the knees. Fortunately for the first 1.7 miles of the Spruceton Trail, there’s a grassy lane up the middle of the trail to make the going more welcoming.

You’ll encounter an old logging trail that’s a possible lead to a bushwhack of nearby Rust Mountain, another Catskill 35; Colonel’s Chair, a trail to a ski-lift; the John Robb camping lean-to just after the spring, with gob-smacking panoramic views of surrounding mountains (pictured above). Also, horses are allowed on this trail all the way to specially-built dismounting platforms just before the summit. Unloading docks are installed in the parking area.

From Route 28, take Route 42 to Spruceton Road (Route 6 in Greene/Ulster County) all the way to the end, a picturesque ride.

I started at midday and was down by 4pm with a pit-stop at the summit for an attempt to climb the fire tower, and a brief sojourn to take in the breathtaking views at the John Robb lean-to. Go to the New York New Jersey Trail Conference or Catskill Mountaineer for exact details. 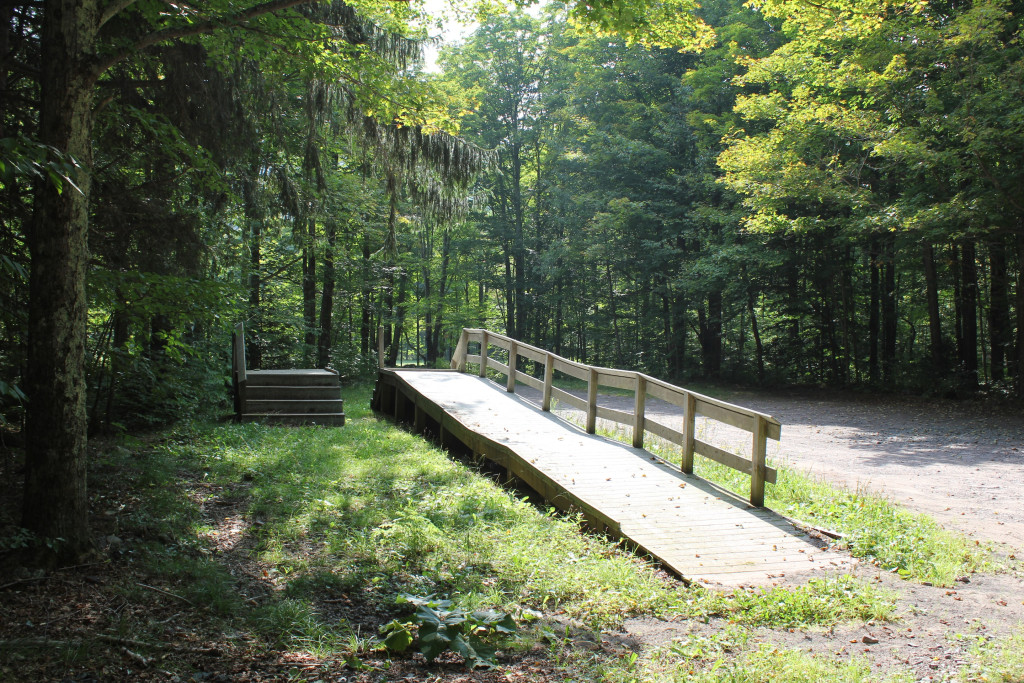 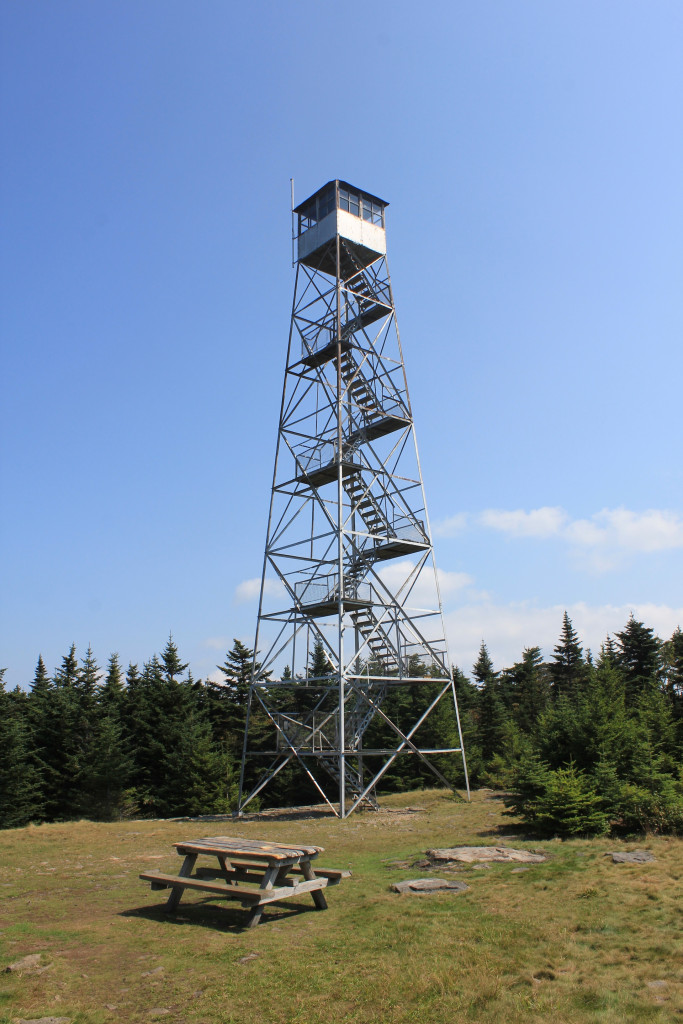 1 thought on “The Catskill 35: Hunter Mountain”