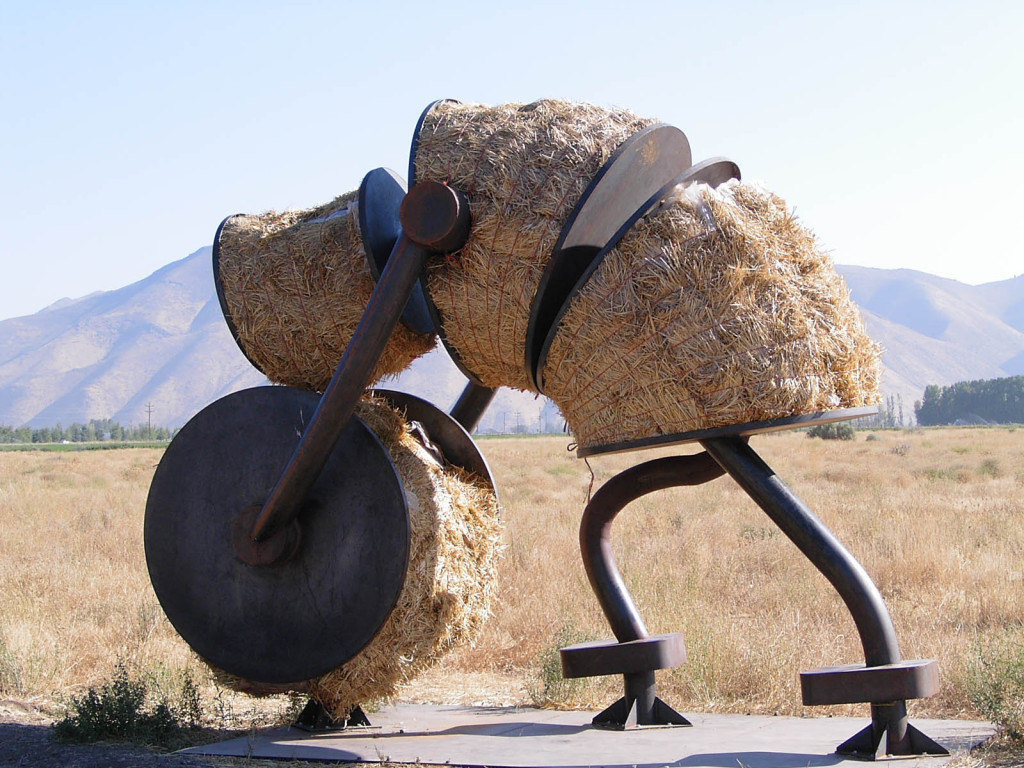 Scrolling through back issues of Brain Pickings this week, I stumbled upon the post entitled “How To Avoid Work” and read it with interest. My eye lingered on one quotation in the article: “Your life is too short and too valuable to fritter away in work”. The artist in me agrees with this sentiment but my other half is too pragmatic not to find it irksome. Frequently paired with this idea is the notion of only “doing what you love” and the pursuit of this idyll. Because Upstate Dispatch is devoted to the city folk who are making the country their home and their business, I decided to ask the question: what is work?

To put the concept into its very simplest terms: pre-historic (wo)man’s “work” was to roam the earth looking for food otherwise he/she would have starved. 12,000 years ago they developed agriculture and animal husbandry, which turned the activity of looking for food, formerly hunting and gathering, into organized production. Thousands of years later, if you’re not a farmer, or in construction, you must do any number of the myriad jobs available to pay for your food and shelter, unless you were given or inherited all the food and shelter that you will ever need.

After the birth of agriculture, other forms of work became necessary as communities were formed around the food, like basic metal work, leather tanning and construction. Work diversified into farm support, then protection of the food and people (defence), then exchange of goods (trading). At the end of trading routes on the coast of Northern Africa and through Asia, sprang trading posts that developed into mighty ports and construction workers became highly skilled. A large portion of those workers worked for free (slavery).

In the 19th century, the industrial revolution, removed workers – en masse – further away from their food and into enormous factories in order to get paid a pittance to produce machinery that made it easier to produce their food, and transport it elsewhere with other colleagues of this revolution, to be sold to other people.

So where does art or “doing what you love” fit into this? “Doing what you love” does not work for those who must drive our public transportation, collect our garbage, work in banks, make our processed food or clean our houses unless you love to do these things. Some people do. However, the fact remains that, when it comes to food, most of us, especially those who live in cities, are as far removed from the source of our food as anyone has ever been and we have not been in this poor health, comparatively speaking, since we didn’t have dentists. (Working class man has always been in poor health, but never during such a time of abundance, which is the present time. As little as 100 years ago, my ancestors in East London didn’t have access to clean water. The average life span in the Middle Ages in England was 30 years old.) Modern healthcare and dentistry has doubled our life expectancy, but we still have high rates of illness.

I just want to pop in here the fact that Greek philosopher Socrates, who developed some important ideas, was not paid for his “work” and rose to be so influential that he was executed. Was he executed for his hobby?

A few years ago, I was given Alain de Botton’s non-fiction book The Pleasures and Sorrows of Work and was enthralled after the first paragraph. The tome is concerned with “what makes work both one of the most exciting and most painful of all our activities”. The first chapter, which had the biggest effect on me, dealt with logistics: Alain visited ports and warehouse facilities and reported on the enormity and anonymity of cargo. I don’t believe many of us think about cargo that much, but it’s literally everywhere around us, being transported hither and thither like blood through veins and arteries. De Botton quietly observed the steadfast guardians of a London port receiving ships on gray, misty mornings, clipboards in hand; followed tuna from where it was caught and beaten to death by fishermen in a small boat in the Maldives, to where it was consumed by a young English boy in his home.

De Botton asks us to consider, when we buy something like food, how far it has come and this is a relevant subject for our times. How often do we think about the lives of the people manning our ports and borders?

In the other chapters of the book, de Botton follows an electricity power line from a nuclear power station to London on foot with a pylon enthusiast; meets an artist who has devoted five years of his life to painting the same 250 year old tree in hundreds of settings; witnesses a satellite burst from the jungle into orbit, juxtaposing the very old with the very new; follows an accountant from bed to desk and beyond. In particularly noteworthy chapter, the author observes that it takes five thousand people in one famous English biscuit company all their working lives to make biscuits from initial concept to final marketing: the sort of snacks that we could bake ourselves in one afternoon. I pondered, as de Botton may have intended, that if we all baked our own biscuits on a lazy Sunday, where would these people work? Whole industries employing thousands of people have sprung up because most of us stopped baking and went out to work.

This highly recommended book is a fascinating and poignant exploration of modern work and, essentially ten windows into other worlds.

A few historical details: most people in England for the first 1500 years after the Romans, were either peasants or landed gentry and strict limitations were even placed on what they could wear during some periods. Hardly anybody could read or write. The masses were not privvy to education, which was the job of the clergy, so peasants and traders did the job their parents did – mason, smith, wright, carpenter, weaver, merchant – and continued the name of their trade. Continuing the family business is not a requirement now in the west now that young people have options like choosing a job that one can love (like art, medicine or science) and literally farming out the production of your food. A regular job stops us from having time to grow our own food, pickle, can, make jam, keep bees and animals, make our own clothing or ply an independent trade. Some of us are so removed from our food that it’s a bother to make an effort to eat good food even when we’re very unwell. In this recent New Yorker article the writer, who has an unexplained chronic illness recounts how much more time she has to spend preparing her food:

“I sat down to eat the concoction. In this time, my boyfriend had made coffee, read the Times, finished the crossword puzzle, eaten half a doughnut, and had a bowl of sugar-coated cereal.” I infer from the statement and a previous sentence in the article that, even with some sort of hideously debilitating auto-immune disorder, the writer resents the time it takes her to prepare more nutritious meals.

Many of us are now “giving up work” by going “back to the land” and are seemingly, to put it mildly, the happier for it. Here’s a quotation from a recent Humans of New York post:

“I’ve got a wife, a six month old daughter, and a five acre farm outside a tiny town in Vermont with three thousand of the best people in the world. My life is absolutely fucking perfect.”

Here’s another one from the Watershed Post, my local online newspaper, here in the Catskills. The proprietors of Glasslands, formerly a lauded Brooklyn performance space, have decamped to a farm in Phoenicia, a town that is a 20-minute drive from my house in the Catskills. One of the owners describes his perfect day.

“Coffee at home, a hike up Giant Ledge, breakfast, a long nap, lunch at Phoenicia Diner, have some friends over, cook dinner, make a fire, music, repeat. Oh, and occasional estate sales.”

Brooklyn’s Glasslands has gone country. Expanding at an exponential rate is the notion that modern country life, although much harder work than city life, is more fulfilling.

In the next few weeks, here at Upstate Dispatch we’ll be interviewing our country peers for our summer issue starting with Molly Marquand, a farmer and photographer (very common combination) whose exquisite images of nature represent our mountains in all their glory. We’ll be locally asking the question “what is work” and reporting the answers.