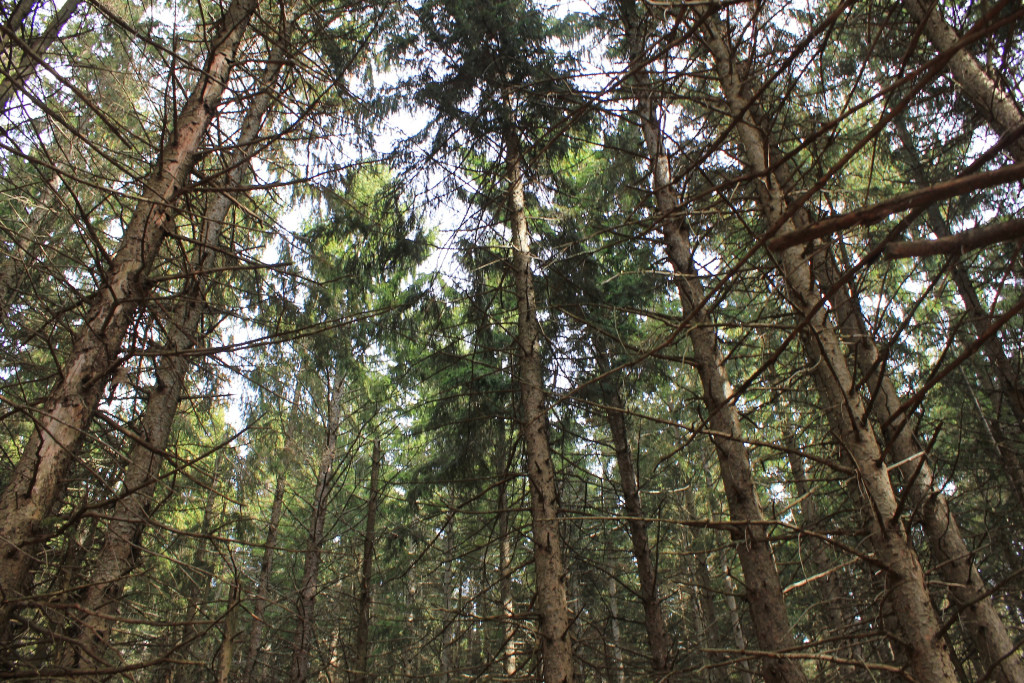 There’s a sudden change of scenery on the trail to Windham High Peak after the first mile or so. An imposing, sky scraping spruce forest wherein you feel like you’re about to get picked off like Hansel and Gretel. To make it even spookier, the forest floor under the spruces is barren apart from intricately woven with thick tree roots snaking all over the path. A perfect Halloween scene if ever there was one. 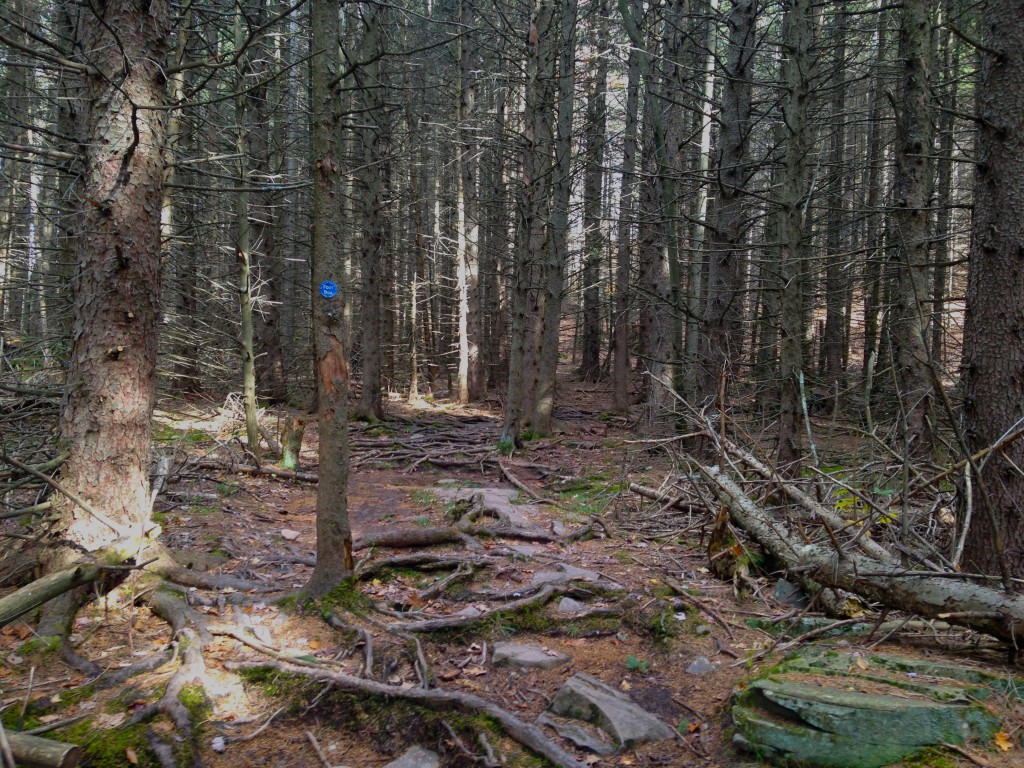 From the Peck Road trailhead, the first mile or so was covered in a thick layer of copper and gold leaves that hid the stones underneath making it difficult to get one’s footing. Furthermore, the going for the first .85 miles was marshy, muddy and slippery with many shallow rivulets crossing the path or running with it, carrying water down the mountain. Most of the deciduous trees were bare and there were more views to be stolen through the trees at the summit. The cloud cover spent the day transmogrifying like a Halloween ghost; thin as gossamer in the morning and hazy; mottled in an unusual pattern like a whipped egg-whites by mid-afternoon and sheer like cornflower layers of silk in the run up to dusk. By the time I reached the summit the cloud cover had darkened the landscape making spooky sights from both view points by dulling the brilliant bronzing of the last trees standing down below.

Windham is part of a chain in the Windham Blackhead Range in the northeastern Catskills that includes Blackhead, Black Dome and Thomas Cole but because that’s definitely too much hiking for one day and I have already done those three peaks, I returned yesterday to check Windham off my list. It’s 3524 ft high, one of the lowest peaks over 3500ft and the hike to the summit, according to the NYNJ Trail Conference map, is 6.4 mile round trip. Get to Peck Road, by driving through Windham and taking Route 40 to Route 56, Big Hollow Road. It’s an moderately difficult hike, but definitely one of the easiest I have hiked so far, if not the easiest. On the way up, we encountered many senior hikers doing the same hike and did the hike in about three hours not including stoppage time.

After parking the car take the yellow blazed Elm Ridge trail for the first .85 miles. Turn right at the next mile marker and follow the blue blazed trail, passing the Elm Ridge lean-to, to the summit. 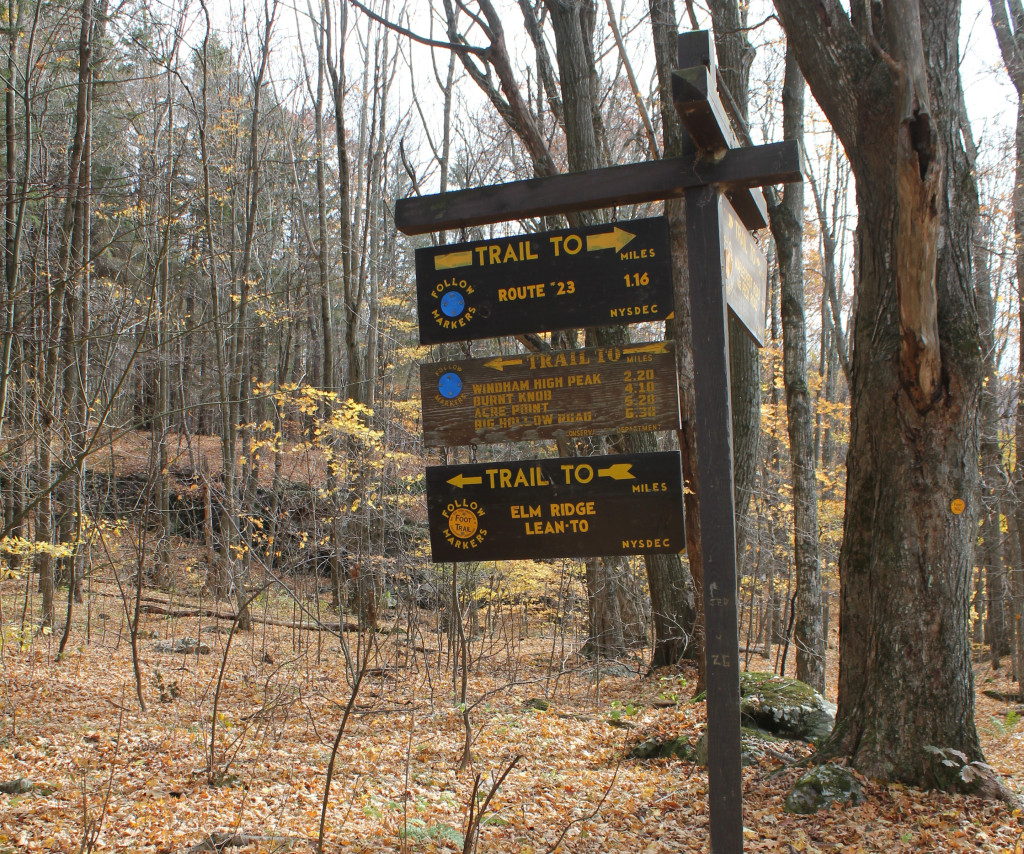 There are two superb views just before the summit. 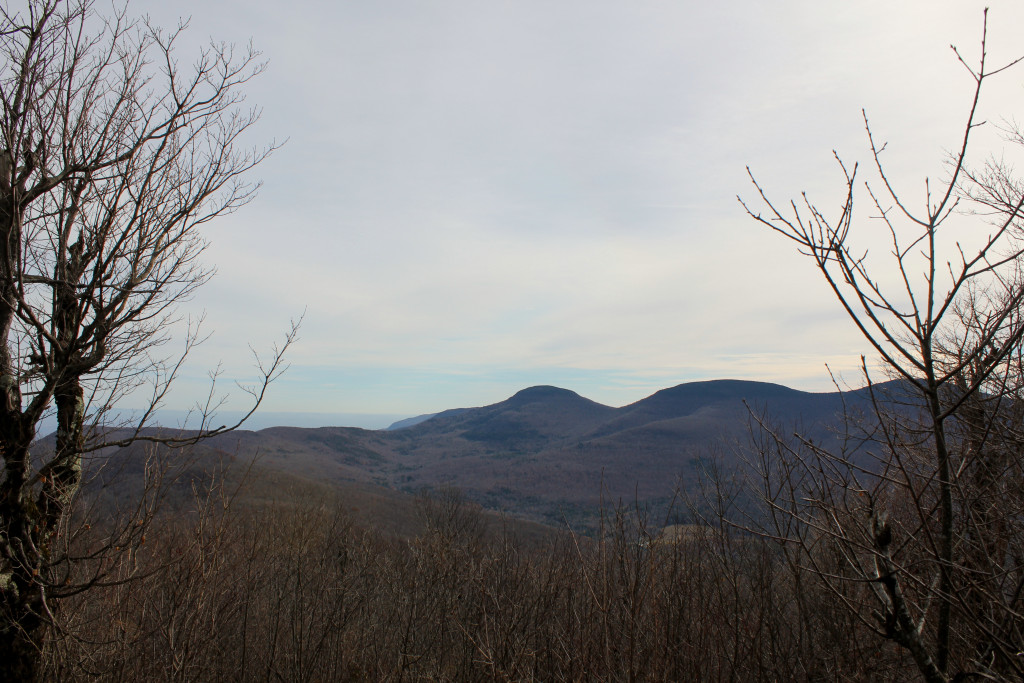 The geodetic disk set into the trail a few minutes past the two lookout points marks the summit of Windham High Peak. Once I spotted this, I turned around and headed back to the car. 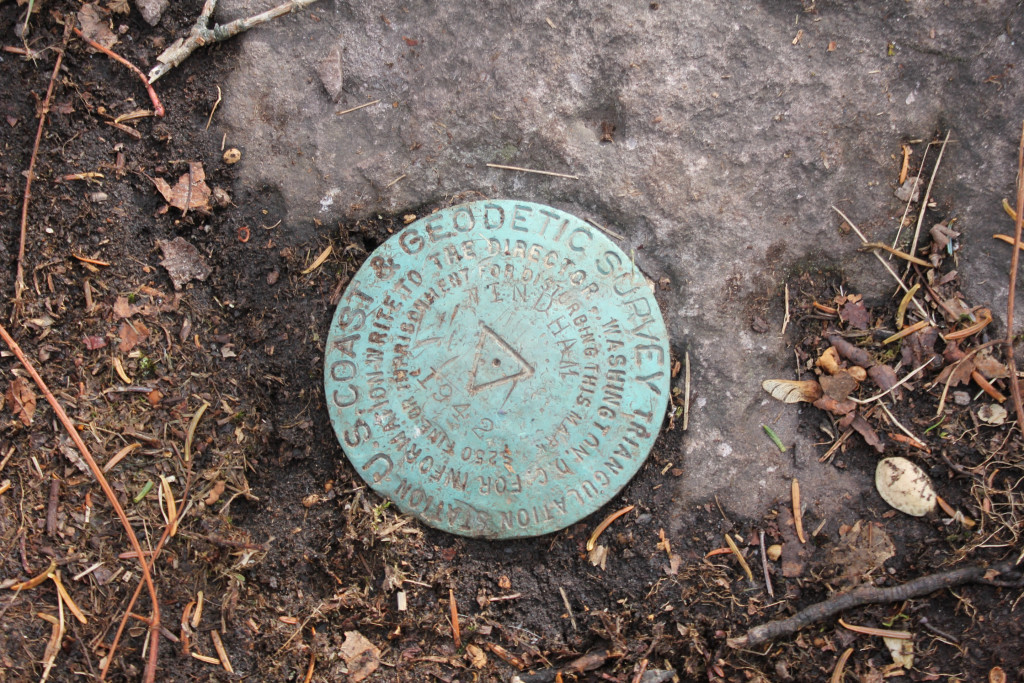