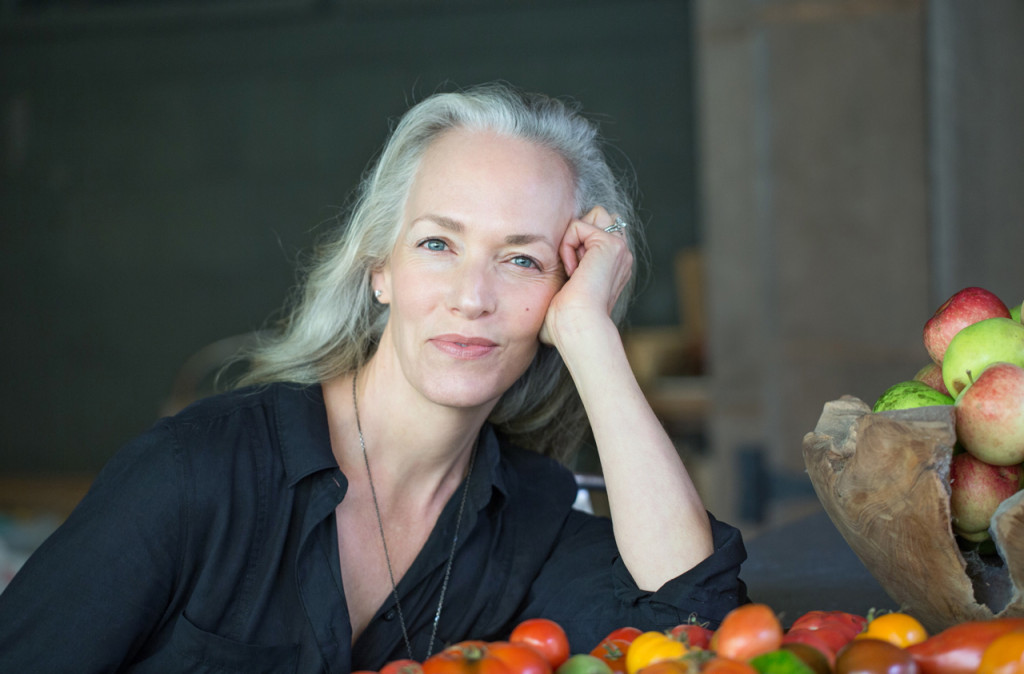 Laura Silverman was a guest on my radio show on WIOX almost exactly two years ago and is a fellow writer of Edible Hudson Valley. Laura has a popular local food blog called Glutton For Life and is Editor of Delaware Valley 8 a new bi-annual newspaper based in the Catskills to be published on Memorial Day and Labor Day this year.

There’s been a rash of articles in the media about the Catskills turning hipster. What do you think about that?

I bought my current house in 2005 as a weekend place and moved up full-time in September 2009.

What made you decide to move here?

I was living with my husband George in a loft on the Bowery and I think that we both became so tired with tourists asking us for directions in Soho. We really felt like the vibe of the neighbourhood had changed and just the whole city in general. Then the economy tanked and we took it as a sign that, now may be the time to permanently move upstate because what had originally started as two days upstate had already turned into three or four days upstate, and when we weren’t there we missed it, so we thought we’d give it a try.

What did you do for work in the city?

The same thing I do now. I’m a freelance copywriter. I consult with brands primarily as a writer, but as a creative director as well. I’m still working with clients all over the country.

If you can work remotely, there’s no point in being in the city.

This year for the first time, I sort of had a crisis of identity because I realized that I had lost touch with a lot of things that were really important to me for a long time, like fashion, museums, first-run movies, hot restaurants. I got a little bit freaked out, but really I think I’ve exchanged those things for a lot of stuff that’s a lot closer to my heart, like nature, creativity and gardening.

Do you do a lot of gardening?

We do tonnes of gardening, which is why we’re waiting with bated breath for the weather to change. Every year our garden grows a little bit. We have eight raised beds that my husband has built and we grow a lot of vegetables, tonnes of perennials and almost all native plants. I have a big herb garden with a lot of medicinal herbs as well.

Do you have a greenhouse?

No, no greenhouse, which is why we have to wait for the weather to change.

Are you seedlings inside?

We have a tiny cottage so we don’t have room to germinate, but we have wonderful organic nursery up here called Silver Heights where we get all our seedlings. Our house is only 850 sq ft. It’s less than half the size of what we were living in the city, which is ironic, but we did built a screened in porch which doubles the square footage in the warm weather.

So you must serious get cabin fever then?

Cabin fever does set in, yes, but it’s also been really edifying to see what you can do in a small space and how much less space you really need. We didn’t choose it to be hip, but small homes and cabins are very much en vogue these days.

Yes, they are. What did you do with all your stuff when you downsized?

We put it all into storage. It’s been six years since I’ve seen my artwork, books and my favourite furnishings. I do have hope though because we bought five acres and plan to build a house at some point. It’s not going to be huge, but it’s going to have a guest room and a place for many of our things.

Do you write for local publications too?

Yes, I think once you get upstate, unless you’re independently wealthy or have an entrepreneurial business, you have to wear a lot of hats. I write for Edible Hudson Valley, Gather Journal and gardening periodicals, wherever I can. Mostly stuff about food and gardening and of course, I have my blog Glutton for Life that I lavish a lot of time and energy on.

What made you go into food writing?

Cooking and eating have always been a passion of mine, but the blog is really a blog about the upstate lifestyle. I write about all the things that capture my fancy out here. I write about foraging, and being in nature, native flora and fauna. I was raised in Santa Cruz and it’s a very beautiful area with a lot of connection to nature: the old redwoods trees and the ocean, so I grew up with a real respect for being outdoors.

My cooking really evolved once I had moved upstate because I had grown so used to the convenience of ordering in and eating out and that’s just not available where I live. So now I cook, Indian, Vietnamese, Thai, Mexican: whatever we want to eat, we pretty much have to eat it at home. I have a lot of kitchenware stuffed into every nook and cranny.

Do you think you might start a restaurant one day? If so, I’d like to come to that.

Well, I’m working on a very small restaurant project in Narrowsburg with my friend Juliette who has an antiques business in a wonderful industrial building. We’re in the planning stages now. I’m also going to be focusing on a very eclectic bar that will offer all sorts of libations from morning until night, of the alcoholic and non-alcoholic variety. I would think about some other kind of restaurant venture, but there’s very little business where we live. We have one restaurant in my town and they really struggle.

Oh yeah. The great part of country living is that you can just take off into the woods for a daylong excursion. I try to do that as often as possible in any weather. But that said, it’s possible for the days to blend into each other in a way that’s not the same in the city, where there seems to be a strong demarcation between the workweek and the weekend. One of the great things about stepping away from that is that you create your own schedule.

Something that sustains you.