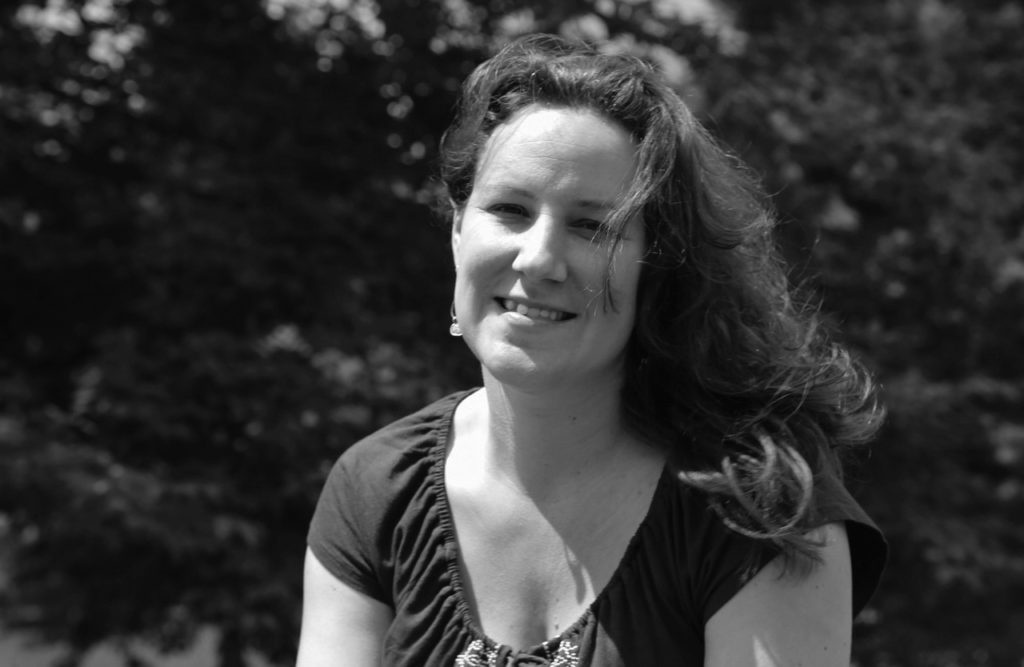 UD: What brought you to the Catskills?

RA: My husband Mark and I would travel north from our Pennsylvania home just on a whim. This was before we had our daughter Isabella. We always ended up coming home from Lake Placid, the Adirondacks or wherever we ended up, through the Catskills. After we had our little girl and we weren’t traveling around the world anymore, we decided to get a vacation home here. Then once my daughter was of age to go to kindergarten, we made a decision to move here, so that she could start kindergarten here and not have to move mid-term.

UD: What do you find easier Pennsylvania or Catskills?

I like the opportunity in the Catskills to choose whether I want to be around people or not. In Pennsylvania, we lived in the suburbs and it was just booming with development and people and even though my husband had a thriving business, we were surrounded by people and traffic and cars constantly. So, I prefer living in the Catskills on the side of a mountain and if I want to go out and be sociable, I can. Or I can stay at home in the cabin by the fire.

UD: I know. There is a tendency to hunker down here, isn’t there? Especially for introverted writers.

As I get older, I find that I like the opportunity to be home and be in my own kitchen or in my own space, working. I wouldn’t necessarily call myself an introvert. Maybe I am! I don’t know [Laughs]. You don’t have to put that part in.

UD: [Laughs] I should. It’s funny. How would you describe yourself and your business then?

I’m multi-faceted. [laughs] Jane of all trades; master of none! No, that’s negative [Laughs] I wear many hats.

UD: I hate that saying: Jack of all trades, master of none.

I think from the outside people might say that. Someone I know labels me as RW for renaissance woman. And RW is the initials of my maiden name, so I allowed that. Basically, I brought my tea business to New York and it was harder here: the laws were more strict and continue to change regarding selling online and so forth. As someone who’s mixing dried herbs and packaging it, I basically get treated the same as someone who is a producer of cheese.

Yes. I have to follow the same laws as they do.

When I moved here I had a lot more opportunity to get back into photography (I was so heavily into it when I was in my teens and twenties, the same with writing). I felt more inspired living in the Catskills, so what started out fun become something I was actually getting hired to do. Before I knew it, I had another business going, which is Mountain Girl Photography & Design. So basically these two businesses have a symbiotic relationship; one helps the other. Everything I learned setting up Traveler’s Tea: doing my own marketing, packaging and label design, I have put into promoting others.

UD: We kind of do the same thing, you and I. We should start Andre Urbanski.

It’s true. We write for the same people, (and we are both photographers). As you know, we have to do more than one thing in the Catskills. You can’t come here and think you’re going to work a full-time 9-5 job and go home and get on with the rest of your evening.

Sometimes I forget that it’s the weekend and find myself working. I help my husband with his business, invoicing and his website. I’m never bored, ever.

UD: Me neither. It’s nicer though to have your own business. A full-time job takes you away from all the things you could do and learn. For example, I just discovered I had a forsythia bush and made syrup out of the flowers. A full-time job would perhaps stop you from learning all these useful skills that are easily acquired up here.

I make just enough syrup to last our family to last the next sugar season. Every year we find a way to make a slight improvement to our boiling apparatus. Every year I learn a new trick or something new and apply it. Maybe I didn’t make any money for the two or three days I was boiling sap, but I took something off my own property that was free and turned it into something we can consume at our breakfast table. There’s a satisfaction from that.

UD: It’s deeply satisfying to grow your own food and all that stuff. I’ve forgotten my next question.

UD: So what’s up with this exhibition then? How did that come about?

Well, I’ve worked with Alex before, we actually worked on a Plein Air documentary project together.

Me too. When she approached me about the In Bloom exhibition I was going to say no, because I had been saying no to most professional and creative endeavors; my main concern is being a caregiver to my mom now. So I’ve been saying no to things, but I do have a couple of clients who are faithful: I do contract work for Ben Rounds music promotion, and I do some writing for the Watershed Post.

So when Alix Travis approached me, I said: “I’m going to do this”, because it’s flowers and I have had a botanical interest since I could remember. Any business I’ve had has had a botanical element: tea, landscaping, photography. Also I had quite a collection of Catskill blooms and I knew it would be work getting everything together, but I pretty much had everything I needed. I married thirteen pieces to five different poems and they will be displayed for the month of May at the Commons Gallery along with Alix Travis’ watercolor works and Mary Davis’s oil paintings.

The photographs can be enjoyed as a group or separately. Or they can be appreciated with the poem that’s beside them, or not. It’s been a reprieve and a distraction from all the cancer talk to be able to focus on something like this. It’s a first for me, so I’ve been looking forward to it.

UD: How many hours have you spent on it?

I don’t really keep track or hours, at least 20? That doesn’t include hanging or anything. It includes editing the poems, the photography and tweaking everything. You know, with my photography, there’s realism. There’s not a lot of imagination needed when you look at these photographs and I wanted to dress them up with the poems that relate to the Catskills or the mountains or the foliage or the seasons or the flowers.

UD: What inspires you most about the Catskills?

I feel more at home in the Catskills than I feel even where I was raised, which is down by Baltimore, or where I lived for seventeen years, which is in Bucks County Pennsylvania. I can’t explain how I feel at home in the mountains in the Catskills. I’ve been all over the country, and the world; I’ve been to Hawaii, the Caribbean, South America, Canada and Africa. I feel like I’ve seen a lot of different places and people, and its here I feel at home.

UD: Why do you think that is?

I don’t know… I grew up on a farm and had to move to the city when I was older, so I would prefer to be in the country. Maybe it’s just in my blood. The mountains… some people might feel more closed in by the mountains, but I feel freer in the mountains. It’s when I come down to a city or to the flatlands that I feel more claustrophobic. I can’t explain it.

UD: So you’re reminding me of John Burroughs. I’m reading up on him a lot at the moment. He felt the same way. So what is your favorite bloom?

Lilacs are my favorite. I grew up on old farm outside Baltimore and we were blessed to live in farmhouse, that’s since been knocked down. In the yard there were over a dozen ancient lilac trees and they were all different colors. I haven’t seen a collection of lilacs like that since. I was raised in this amazing farm-like setting and grew up seeing and smelling the lilacs this time of year. What about you?

How tall was it?

UD: Taller than me, I think, because I had to point the camera upwards. It starts as a delicate furry bud that flies open like a lunatic.

I love it. It’s very pretty because it’s imperfect. Now I’ve to figure out what that is. I love what you’re doing with Upstate Dispatch and how you’ve stuck with it. How long have you been doing that now?

UD: Three years in September. I can hardly believe it.

It’s so hard to stick with anything here in the Catskills. You’re doing an amazing job.

UD: Thanks! I think I’m just as stubborn as hell.

UD: I just can’t let it go! And I do spend an absurd amount of time on it, but wherever I go is just so interesting.

I really enjoy it when I get time to look at it.

UD: Back to you, anyway. What’s happening with the tea business?

It’s still going, but I do wholesale. I sell to restaurants, spas, retail stores. The Emerson Resort and Spa brews it to their spa clients. Jess at Home Goods sells the tea retail. Michael at Zephyr serves it to his customers. It’s become a wholesale thing so that means I don’t have to spend my weekend selling it at markets.

Selling tea to my established customers helps to pay the bills for me, so I can continue to write and make money as a photographer, which is not easy.

UD: That’s true. What about the photography? Are you still doing that?

Not as much as I would like, but enough to keep me in the game. We’ll see.

UD: What about writing? Any fiction on the go?

I wish. I wish I could write fiction. I will one day. I have a million ideas, but the poetry I can do. It’s finished with a couple of edits and ready to share. I get a sense of satisfaction in reading it at an open mic or sending it to someone or posting it online. I don’t take it too seriously. This is something I enjoy doing and I feel like I’m still writing. Maybe I can’t tackle that short story yet, or that novel, but I can write a poem and get it out into the world.

UD: Are you thinking about little lines from poetry throughout the day? Do lines of poetry come to you while you’re going about your day?

Oh, that’s happened. I’ve had to pull over and write down what I was thinking. I write when I’m falling asleep and kick myself later. Sometimes I wake up and write it down, other times I fall asleep and forget! A lot of times, I get inspiration when I’m driving or in the shower, (which as a mom became my haven or my space to think or cry or whatever). So I might be in the shower thinking about a couple of lines and I think, “I have to remember that and write it down”. But I’ve definitely lost a lot of good poetry. It’s OK though, because at the time, thinking of the words or coupling the sentences, I was relaxed and happy. So I may not have anything to show for it, but it made me feel better. It’s therapy for me. 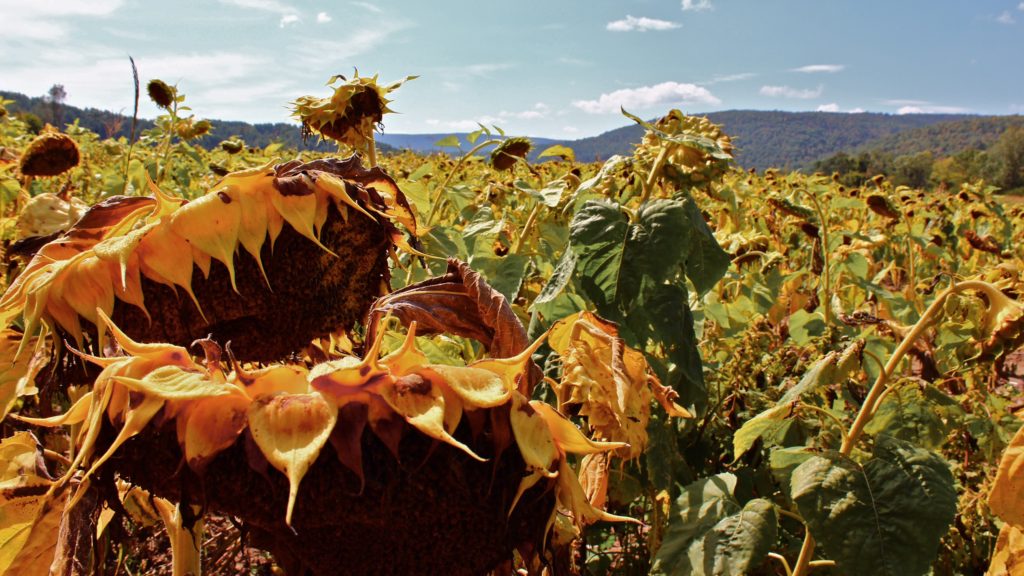 In Bloom begins on May 6th at the Commons Gallery, Main Street, Margaretville, NY.