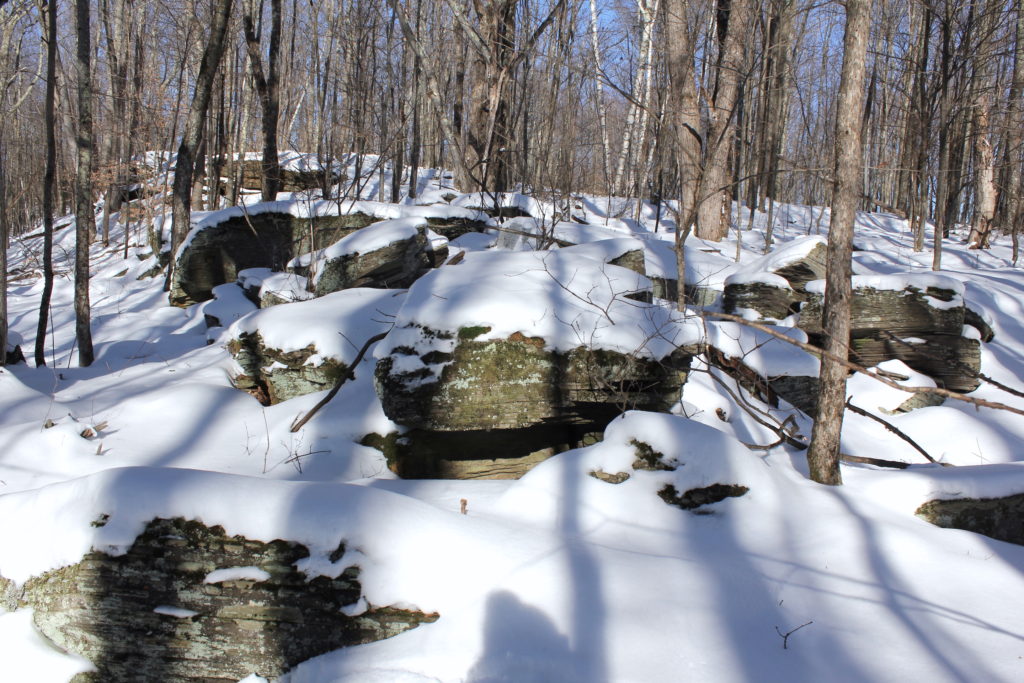 We have a large rocky outcropping on the edge of the forested part of our property that juts out sharply towards our neighbor’s ten-acre forest (pictured above). This rocky area, about an half an acre in size, is essentially a pile of assorted boulders that look like they’ve been tossed down the hill, but I suspect that this pile is home to various creatures great and small. Years ago, when I was brushing my teeth, casually looking out the bathroom window, I saw a fisher cat sneaking through the back of our woods behind the house towards this rocky outcropping. I don’t think I’d focused on at anything that intently or quizzically since I had last looked at an economics paper. Fisher cats are unusual looking looking members of the weasel family who basically look like huge rats. Black and furry with raised hind quarters and large paws, they’re about three or four times the size of a cat. Because they are also vicious and aggressive, they are best avoided. I didn’t know at the time that it was a fisher. Anyhow, we also have a few bears around these parts. I haven’t seen any since my dog chased one off years ago, but there’s been evidence in the vicinity – like overturned rocks, roughed up trees, bear scat – and a neighbor encountered one last summer. Bears look for grubs under rocks and use trees to scratch their backs.

Anyhow, now is the time (January and February) when female bears are having their babies, according to the Catskill Center. Hikers, residents and visitors beware because Mama Bear is pretty fierce when she’s protecting her cubs. Always make a lot of noise when you’re hiking. Perhaps hang your keys against a metal water canister so they jangle as you walk. Give the bears an opportunity to avoid you, which they would also prefer, before a confrontation. During the summer, when clambering over our rocky outcropping, I find matted grasses inside the various little caves set into the crevices. It’s like a country apartment block for animals, but I never see an animal there, probably because they can smell my whereabouts at all times and scarper when they smell me coming. Only the fisher cat made the mistake of being spotted in daylight, like he was doing the walk of shame, off his game because of a hangover, slinking back home long after daybreak.

Today, I visited the area again and found fresh tracks leading from underneath one of the steep overhangs (pictured below). The whole rock is about the size of a car. Note the tracks that continue towards the bottom right-hand corner of the picture. 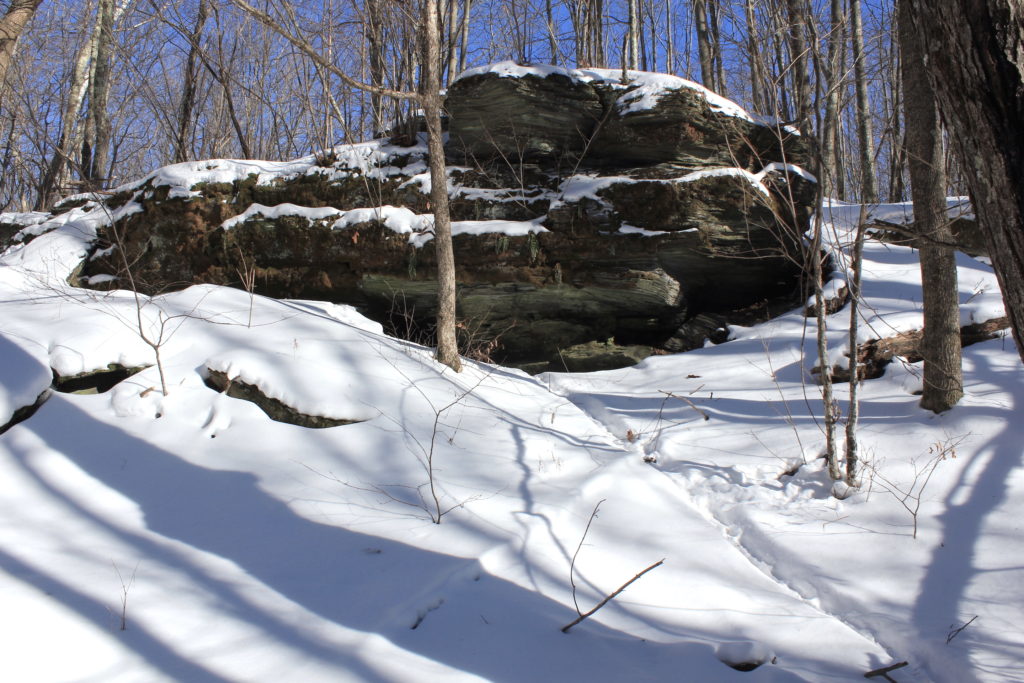 Those tracks continued past me to my right (pictured below) and continued well into the forest for quite a while. They are well-worn by a regular visitor, who seems to be using the same tracks to frequently come back and forth. Something is definitely bedding down under the rock, but he or she seems quite slender. It could also be a train of family members. We’ll follow the tracks, which are distinctly different from my dog’s tracks (which cross them in the top half of the picture) on tomorrow’s morning walk. 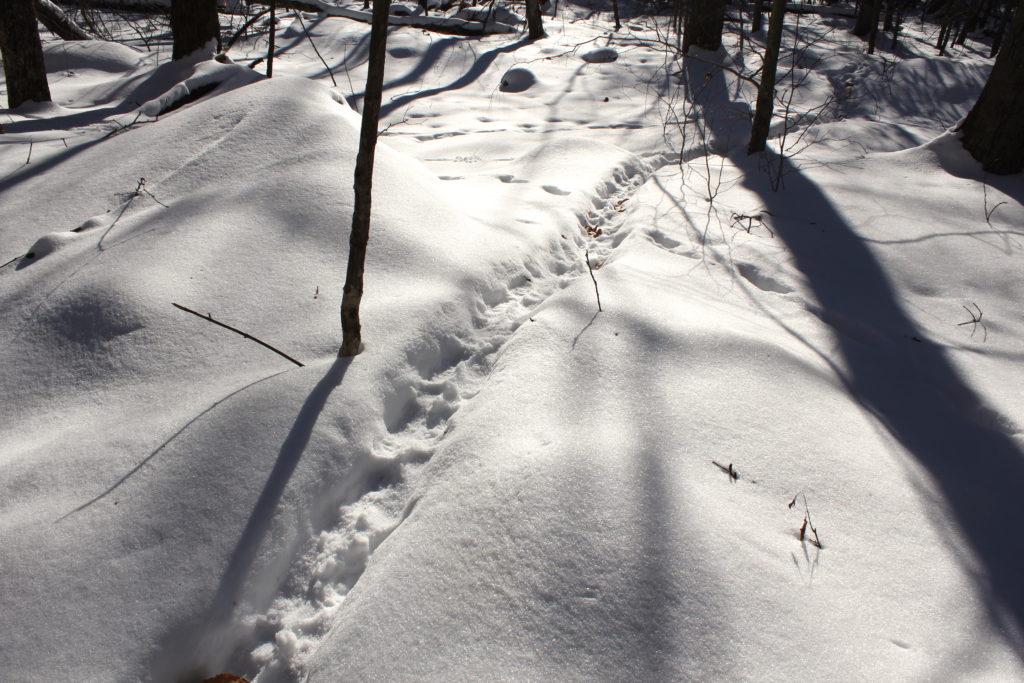 New York State is seeking assistance in locating black bear dens. Bears don’t always den under boulders. They can den in tree cavities, heavy brush or fallen trees. According to the Catskill Center, the State Department of Environmental Conservation’s (DEC) wildlife biologists are seeking the public’s help to learn about new black bear dens throughout New York. Click here to learn more about this and the Catskill Center.