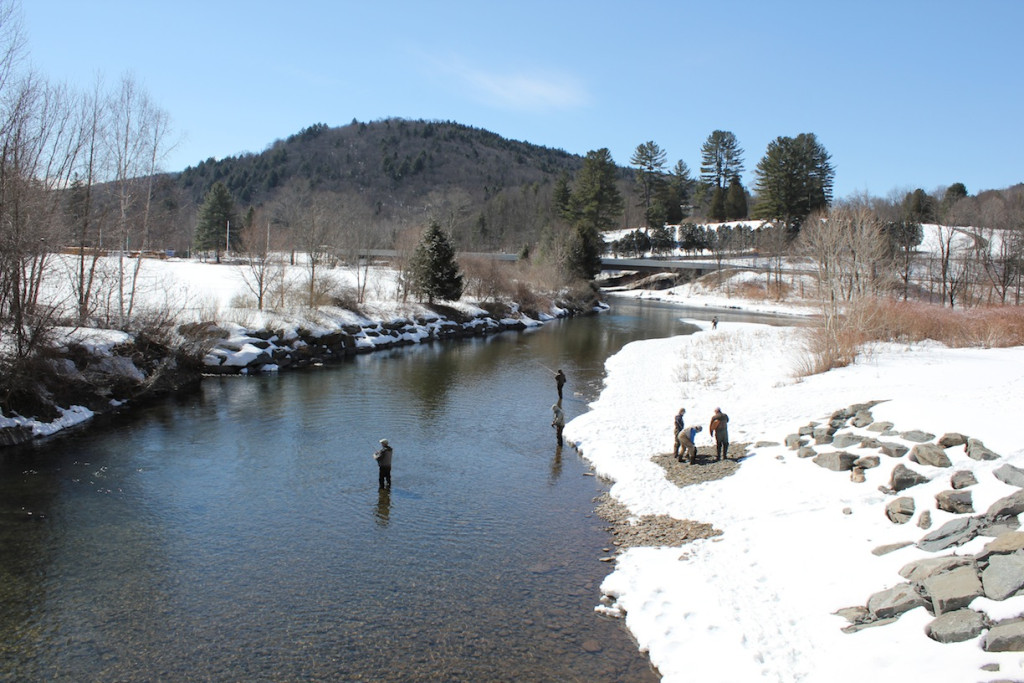 On Monday’s radio show on WIOX, we’ll be exploring both history and the natural world: the local tradition of ice harvesting and fly fishing.

On the first half of the show, I’ll be talking to Lisa Wisely of Blue Spark Creative Services, together with Kajsa (pronounced Keesa) Harley of Hanford Mills Museum where the annual ice harvest will take place. Before refrigerators, we had ice houses, which were separate structures from a main house, sometimes built into a hill and in the shade, in which we kept ice in chunks. Lakes were a good source of ice and this ice was harvested and distributed every year.

Every spring, I invite a few local, famous fly fisherman on to the show to talk about this meditative art about which the only thing I can’t get behind is catch-and-release. I prefer not to torture the poor creatures. If I’m going fishing, I’ll be eating whatever I catch. My guest on Monday, in the second half of the show, will be Todd Spire of Esopus Creel.