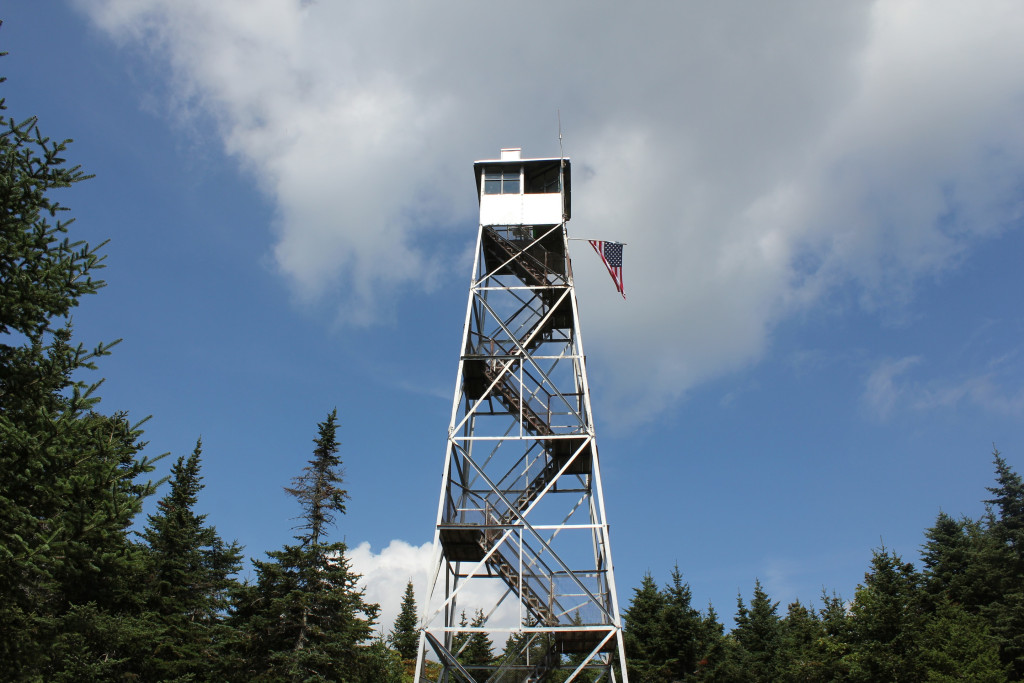 There are five fire towers in the Catskills, three of which I have visited, but I still have not mustered the courage to get to the top of one. Flights one, two and three of Balsam Lake Mountain fire tower were a piece of cake until a slight breeze blew, which rattled me to the core, then I looked down. Huge mistake; I sank to the floor (which looks like flimsy wood paneling when you’re kneeling on it), clinging on to the handrail. Is there a handrail? I can’t remember, but it hardly matters. I managed to execute a nice crawl/shuffle combination down the stairs on my bum, like a socialite spilling out of a nightclub at 3am, knees and elbows first. I spent the descent of Balsam Lake Mountain trying not to collapse in a heap, deeply in thought, musing on vertigo. Modern fire towers are steel structures bolted into solid rock, but older versions were made of wood. The earlier wooden structure on Balsam Lake Mountain was built in 1887, but was struck by lightning and burnt to the ground in 1901.

For about a century, there were 19 fire towers dotted around the Catskills with observers watching for forest fires, but in 1980, the State of New York began to phase them out. In 1990, the last observer ended his watch in the Catskills at the Red Hill Fire Tower in Claryville. Over time, the towers and their associated observers’ cabins began to deteriorate, and those that were not dismantled were closed to the public for safety reasons. You can still find remnants of the old structures in places like Graham Mountain and Belleayre.

According to the DEC:

“Early in 1997, a grassroots, volunteer-based initiative formed to try to save the towers. Recognizing that the towers not only represent a piece of the history and heritage of the Catskill Forest Preserve, but are an untapped resource with tremendous tourism potential, the Catskill Fire Tower Project was born as a joint initiative of The Catskill Center for Conservation & Development and the New York State Department of Environmental Conservation (DEC). Through the dedication of countless volunteers, as well as assistance and support from DEC staff, the last of the five remaining Catskill towers was restored and reopened to the public in 2000. Since then, volunteer-based committees organized for each of the towers have continued to maintain the structures, and in many cases renovate the observers’ cabins as well. Today, a network of more than 100 volunteers also act as “summit stewards” by greeting visitors on weekends from May through October.”

There’s a cabin in which volunteers can stay while they (wo)man the fire towers which visitors are invited to explore.

Morgan Outdoors will send you a special fire tower patch when you’ve visited all five of the fire towers. I was kindly told by a volunteer that you only have to touch a fire tower to get the patch. Still, perseverance is key, and the top of the last fire tower that I do, either Mount Tremper or Red Hill will have to be conquered.

If you can push yourself into ascending it, a fire tower is a satisfying end to a Catskill 3500 climb. Balsam Lake Mountain from Mill Brook Road parking area is like a cross between Hunter and Balsam: a bit rocky, but a nice wide trail and a mostly steady ascent into a conifer forest. You can also do Graham Mountain, another Catskill 35, in conjunction with this hike, probably a good one to do if you have a bit more time, or you’d like to camp at the lean-to near the Balsam Lake fire tower. 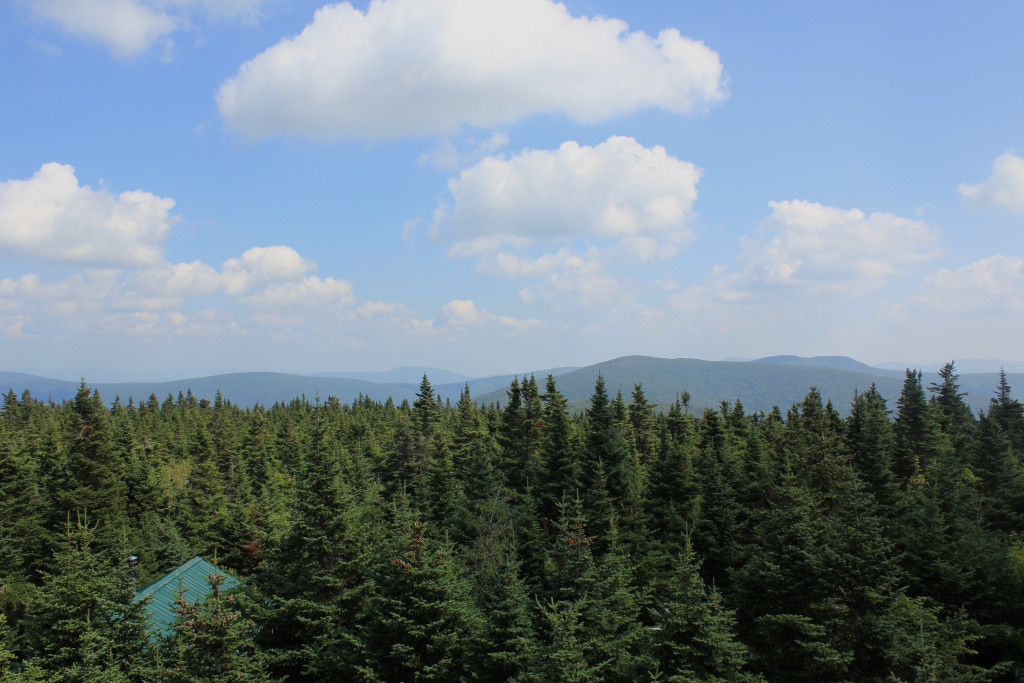 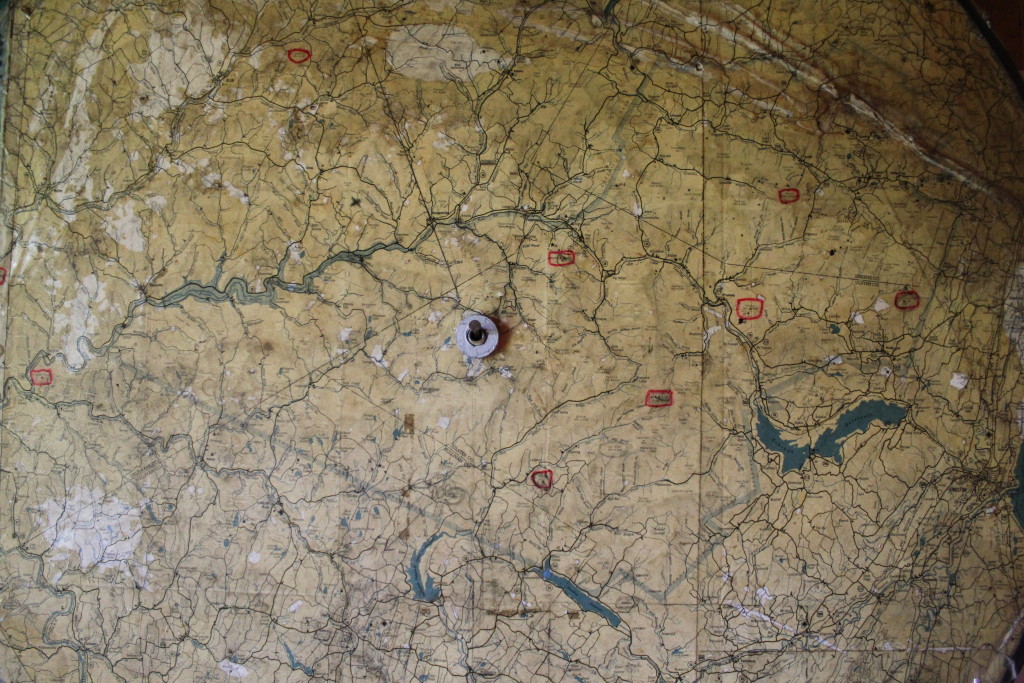 © J.N. Urbanski An old map in the volunteer’s cabin 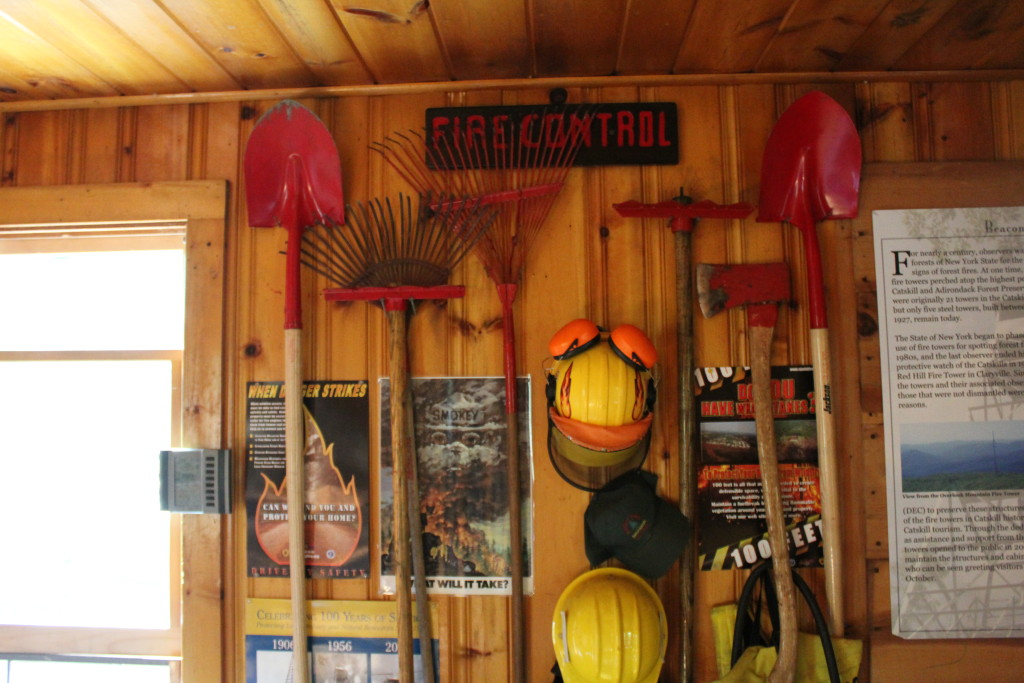 © J.N. Urbanski A wall in the volunteer’s cabin 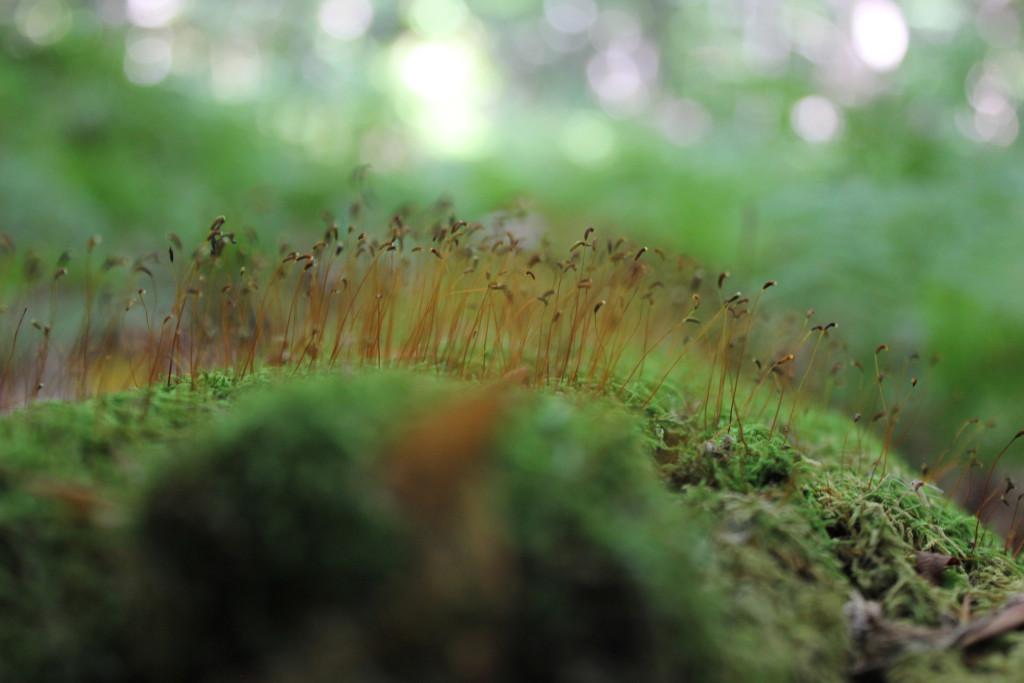 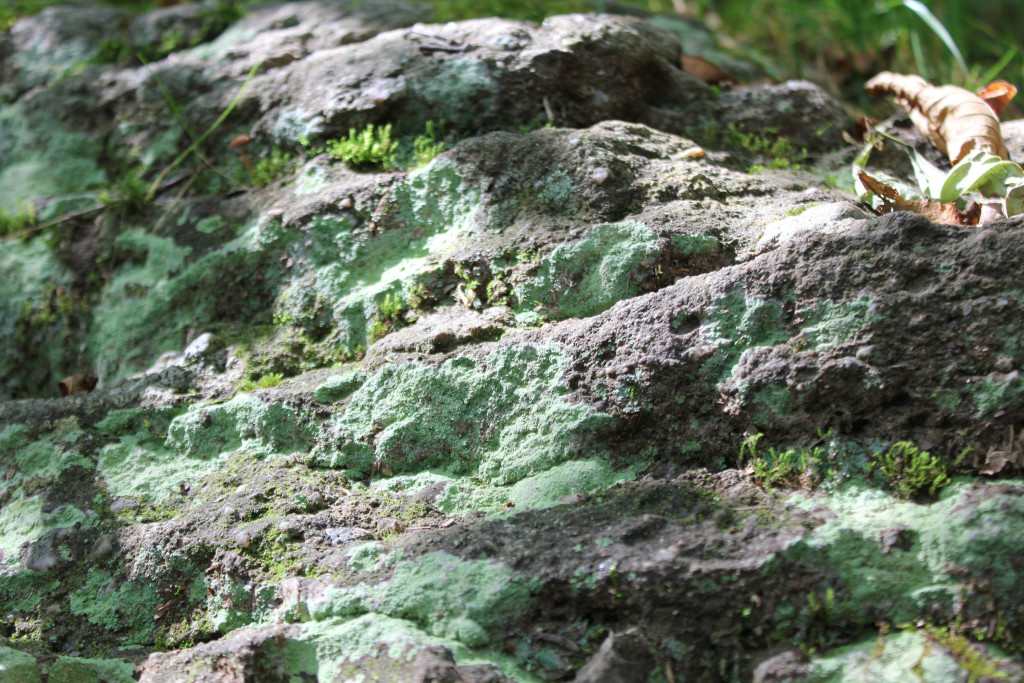