A new favourite tea to add to the list of delicious tea available here in the Catskills: Coffee Lover’s Tea from Tay Tea in Andes. It took me a long time to realize that I was not suited to coffee after adopting it as a breakfast beverage when I first moved to New York City in my twenties. Back in England, I had been raised in a tea family and the familiar refrain: “put the kettle on” still rings in my ears because English people drink tea continually all day. The kettle is always on and whoever gets up first, from couch or desk, must boil the next batch of water. The nice thing about tea is that it doesn’t make you suffer like coffee does. I’ve never ever said the words: I’ve drunk too much tea. It just doesn’t happen, whereas I’ve had fraught conversations and business meetings wherein I’m pretty sure the most anxious people in the room have drunk far too much coffee. I may have the odd cup of coffee when I need a jolt of energy, but for the most part, I’ve returned to my first love, tea. Preparing a pot of tea is a peacefully meditative ritual, and sharing a pot of tea is like breaking bread. At Tay Tea this past weekend, I interviewed owner Nini Ordoubadi, tried a range of tea and some stellar tea-infused biscuits, but came away feeling invigorated and refreshed. And I now know much more about tea.

Coffee Lovers from Tay Tea is a pu-erh tea, which has a deeply robust, earthy taste and when blended with almonds and vanilla like Tay’s is distinctly reminiscent of coffee. I’d never heard of pu-erh tea before and I’m embarrassed to admit that I didn’t know that all tea is fermented except for green tea. In addition to being fermented, pu-erh is also aged, with some teas reportedly being aged for up to fifty years. The tea comes from the Yunnan province of China and the exact process of its production is, by all accounts, a closely guarded secret, but Web MD calls the process “post-fermented”. Moreover, pu-erh is reported to have specific health benefits: it contains lovastatin, which lowers cholesterol and it may also lower certain blood fats.

The only trouble with pu-erh is that it’s about a third of the caffeine of my usual black teas. For the last couple of days, every second cup has been the pu-erh.

Anyhow, if like me you occasionally reflect in anguish at the years you spent as a slave to the effects of coffee, and you’re looking for something with which to replace it, look no further than this Coffee Lovers’ blend from Tay Tea. 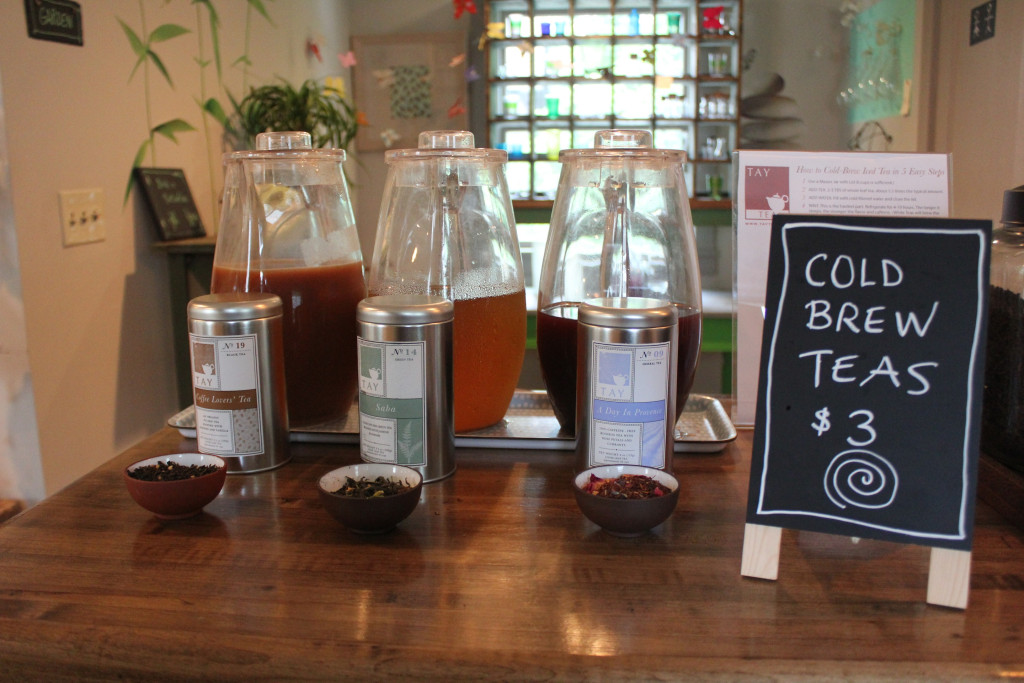