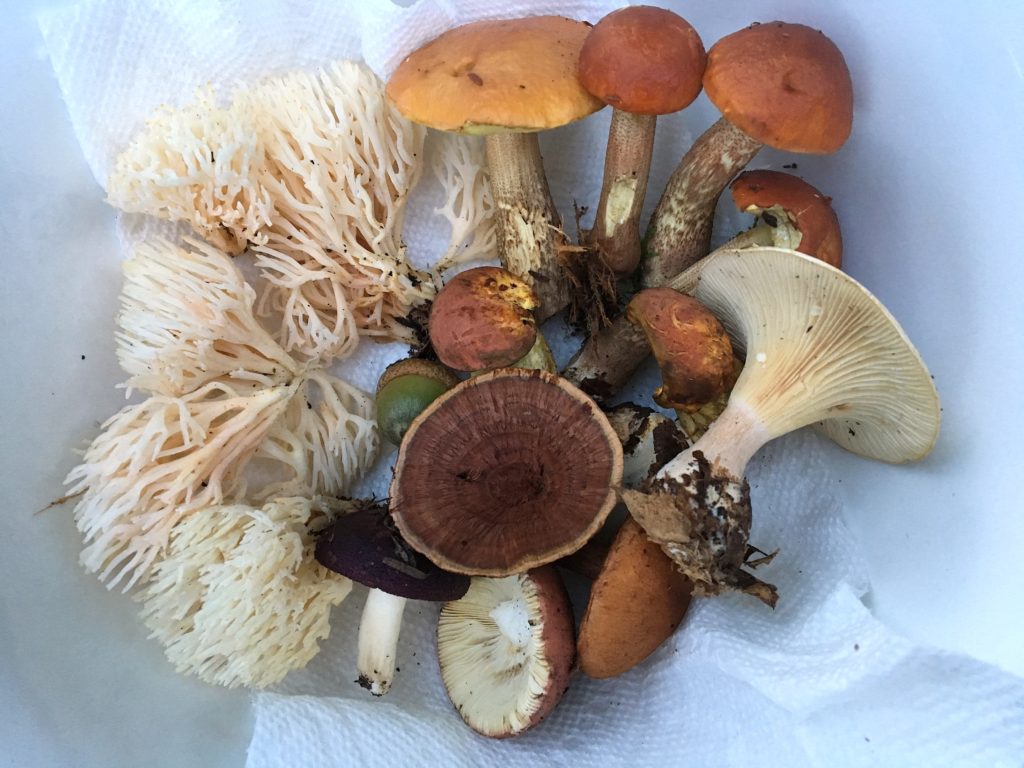 The natural world breathes its seasons’ wild crops like a vital, forceful green lung and you never can tell what will blow in with the wind. When it breathes in, we get wild apples the size of a man’s fist; when it breathes out, the result is a vast rash of mushrooms, some the size of dinner plates. On this part of the world at least, a wide ridge at the top of a Catskills mountain, we can’t seem to have both. This year, the wild apples are half the size they were last year and less sweet, but you can find your way home through the forest by the trail of mushrooms of myriad varieties. It’s like the forest floor got a very vivid case of acne. The mushrooms are mushrooming, because we’ve had so much rain and humidity. I have about a hundred of what I think are blewits behind my house.

It seems like a sign, so I’m following it, as if my woods have handed me a purpose: mushroom identification, and it’s not like I like things simple anyway. It’s a good thing because there are so many variables to consider. It’s a practice like yoga or medicine: you’ll always be learning and that’s also a decent rule by which to live. Don’t think you know it all. Last year, I found four huge boletes on my property, each one almost the size of my foot, and made a mushroom gravy with them, but this haul was an anomaly on our property, except one huge, fine specimen I found in the same place yesterday. This guy’s too old, however, but he’s probably lain a million spores in the immediate vicinity.

The first rule of foraging is get a good guide. Consult many books, starting with a beginner’s version. I started with a visual guide with color photographs called Mushrooms of the Northeast by Teresa Marrone and Walt Sturgeon. A Field Guide to Mushrooms by Gary Lincoff, is next on my list. Don’t discard the beginner’s guide.

My rule of thumb for foraging mushrooms is pretty simple: one man’s medicine is another man’s poison. Just because your neighbor, who has lived here for generations can eat that toxic bolete, doesn’t mean you can. If you have a mentor, still listen to your gut. This mentor is an advisor only. I didn’t learn this the hard way, because I’m a naturally suspicious. When I told my neighbor and guide that what we had picked was poisonous according to my book, he laughed and told my other neighbor, who also laughed and said: “that’s rubbish”. They tested their mushrooms over the years by trying tiny pieces of them and seem to have developed a type of immunity. I haven’t been quite brave enough to do the same, despite their insistence. This is why experts in the field may be hesitant to tell you what to eat, because they might accidentally kill you. There’s also a possibility that other types of mushrooms, new genuses perhaps, are growing in your area that don’t exist in books.

The most important rule of learning is to monitor your mushrooms. Walk your land every morning. Harvest at least one example of every genus you find so that the rest can provide spores where they grow, or take very good photographs, so you can go home and ruminate over what you may have found. Then watch your mushrooms as they grow. The complicated part is that most mushrooms have three, very distinct stages and at any point they can be mistaken for something else. Their growth is also affected by the weather. To take an example, I thought the coral mushroom pictured above on the left was crown tipped coral, but because it was growing in soil and not on a rotting log, it’s more likely another coral. Moreover, it’s easily confused with yellow tipped coral, which is a highly poisonous version. On a closer look, I saw that the tips are yellow, so it’s probably the poisonous version. Another example is that those large portobello mushrooms you find in stores are mature crimini. Spore prints can be made by cutting off the stem and placing the cap on a piece of paper for a day. (The paper has to be half black and half white, to catch all spore colors.)

Most mushrooms are poisonous or inedible and I know foragers that only look for one reliable type of mushroom that they can recognize, because they don’t have time to bother with the others, and its not worth the risk to them. However, some like reishi, shitake or lion’s mane have medicinal qualities and I’d like to take the time to get to know them. It’s said that the ethereal ghost pipe, or Indian pipe, is a natural painkiller.

The whole subject is complicated and fascinating. Mushrooms are the fruiting bodies of a vast underground network of mycelium. They serve to break down organic matter and provide a vital exchange of nutrients with other plant life. They eat by excreting digestive enzymes and absorbing small particles. They reproduce by emitting spores.

Even if they’re inedible or toxic, most of them are really beautiful and I’ve single out my favorites from yesterday. 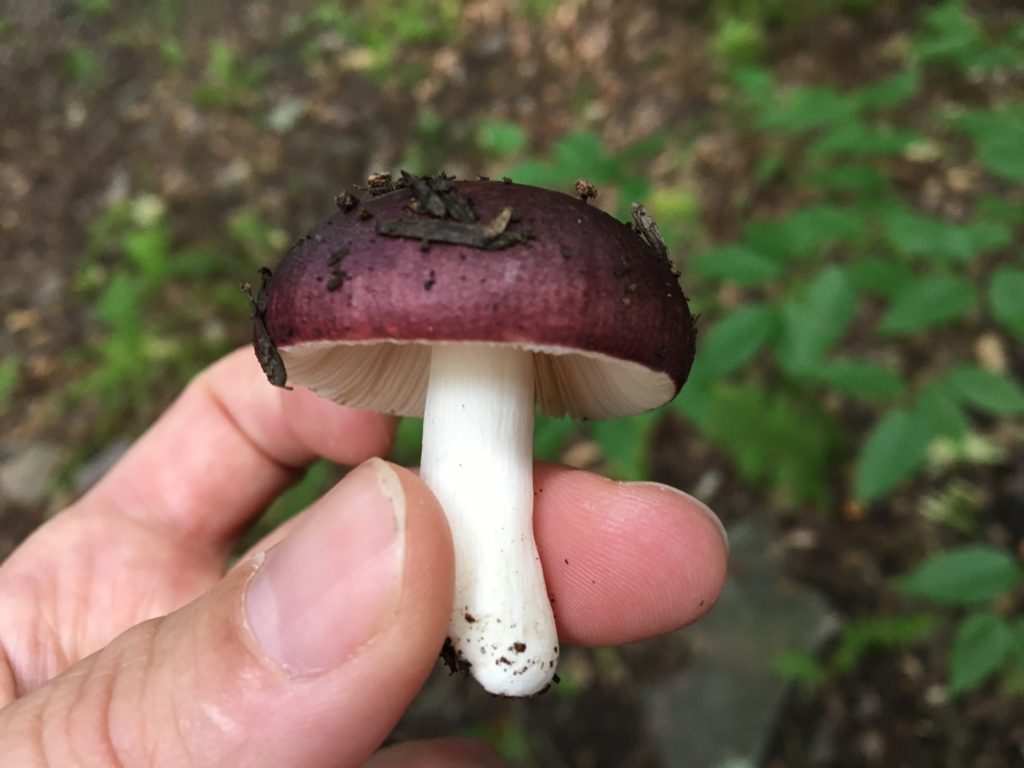 At least I think it’s a wine cap, but it’s so beautiful and fresh, and the gills so graceful, I focused on those instead. 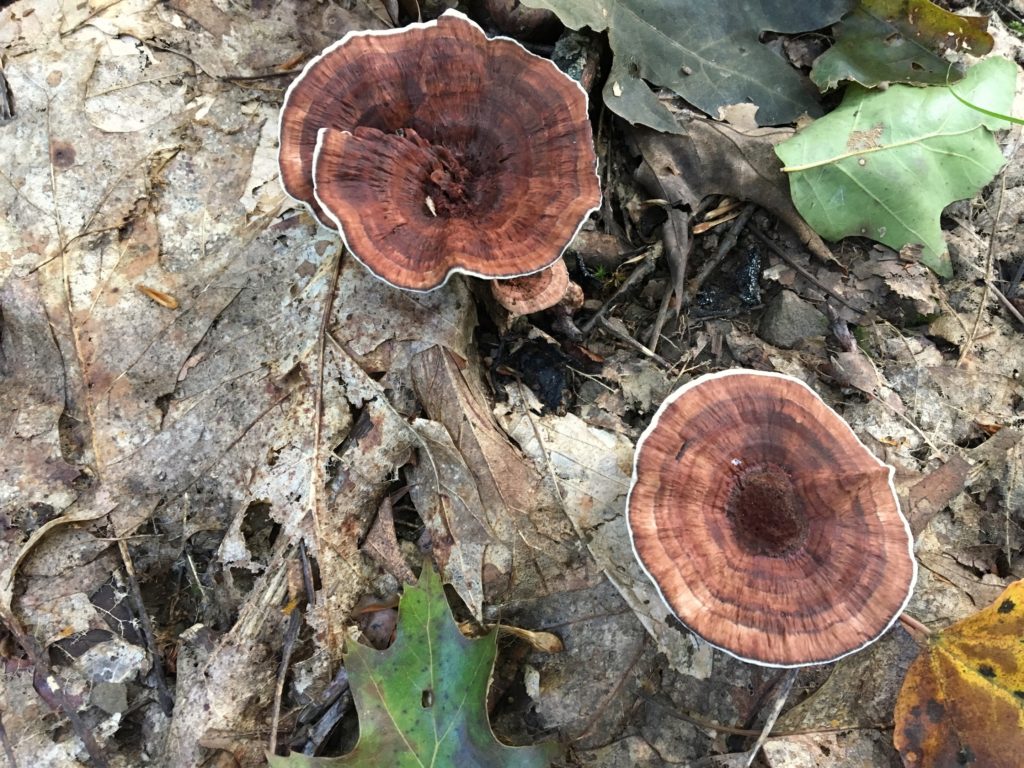 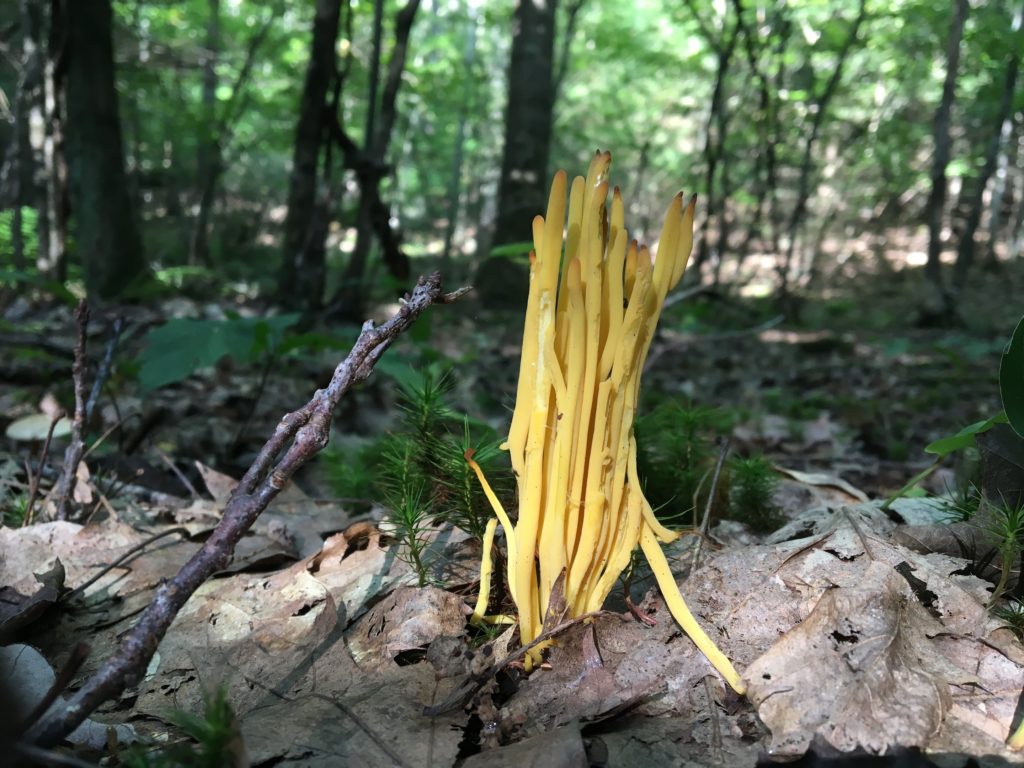 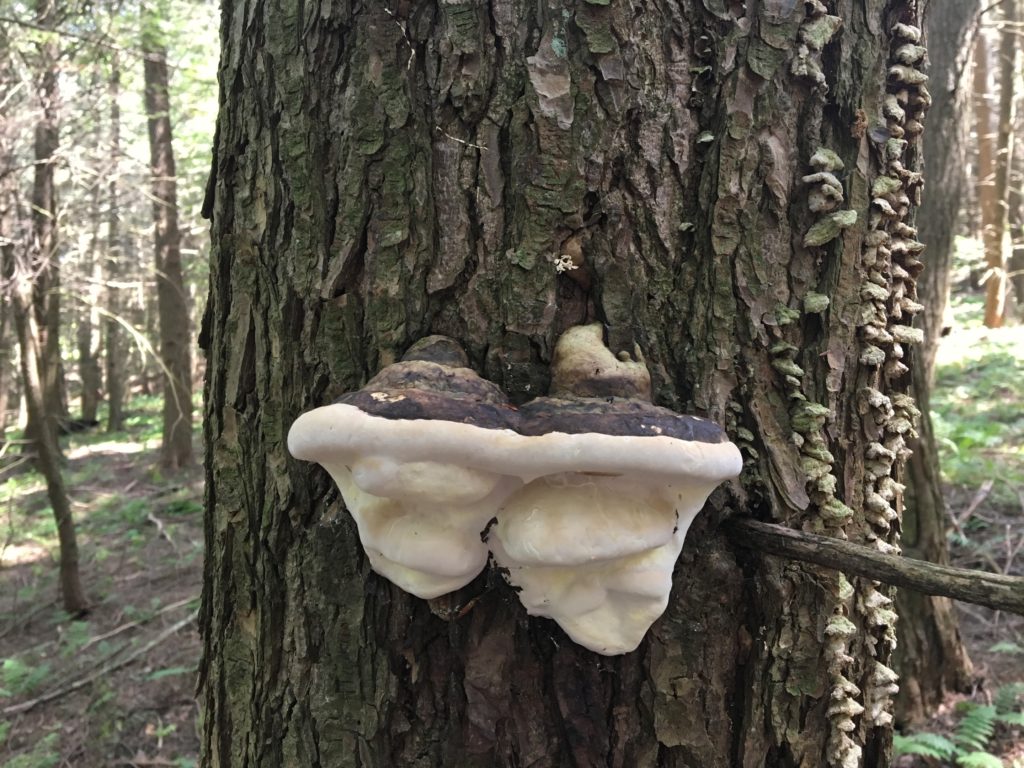 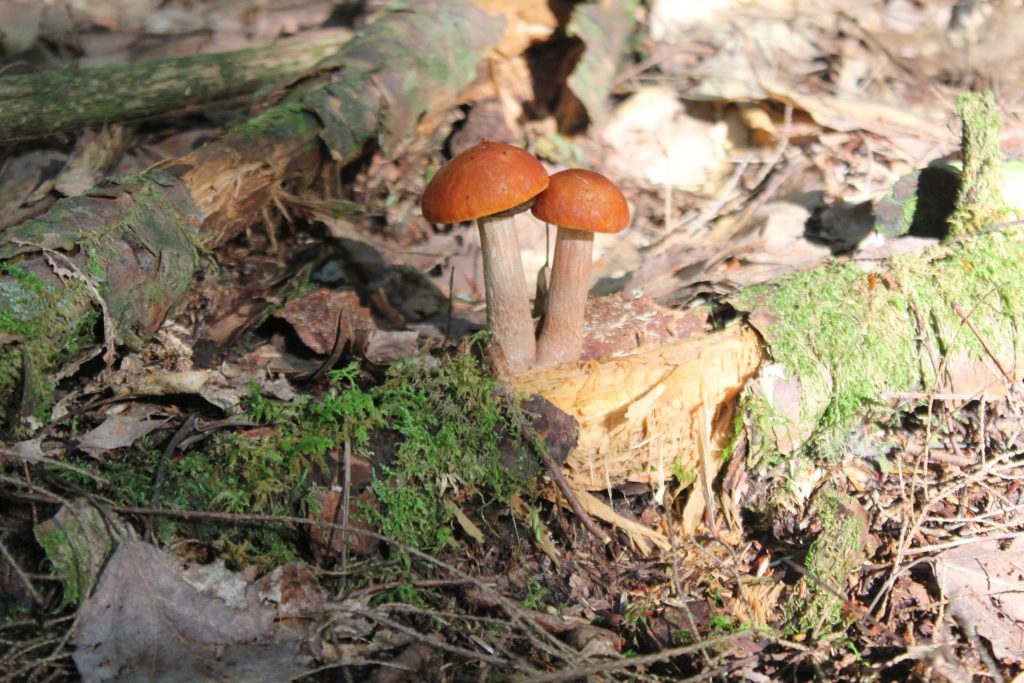