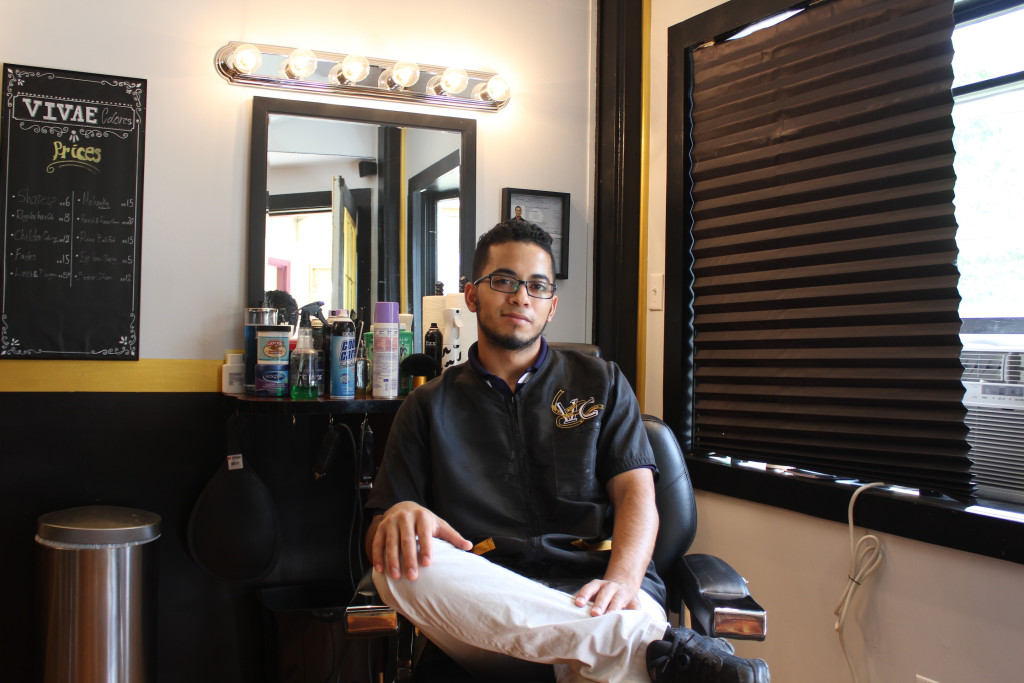 Marino De La Cruz is the owner of Vivae Colores barbershop in Fleischmanns.

MDLC: About ten months now. My wife’s family is from here and my parents recently moved as well.

My mother is in Arkville. My father-in-law lives in Fleischmanns.

So you married into the area. Where are you from?

And colorful buildings? In Puerto Rico, they paint their buildings in such vivid colors. They could do that here in Fleischmanns couldn’t they? The post office is powder blue, but there’s not the yellows and pinks that you see in the Caribbean.

Yes. I was actually thinking of that when I was driving to work this morning. How beautiful it would be to add more color to the town.

So you live in Fleischmanns?

Do you have a barbershop in the city?

No, but I travel back to the city because I still have my apartment there and I’m in the process of transferring the rest of my family here. Also, I’m taking the opportunity to recruit some barbers and bring them up here.

So which do you prefer: city life or country life?

I’m choosing to stay up here because it’s where my family has chosen to establish themselves. It also it gives me an opportunity to create a foundation for myself and my family especially since I’ve been in the city working to establish myself. So now that I’m up here, this is where I want to live.

So what were you doing in the city? Working in another barbershop?

Yes. I worked around the city in different neighborhoods. I spent a little bit of time in Westchester, Peekskill, Mount Cisco, and a little bit of everywhere in the Bronx.

I went to SUNY Delhi.

Oh so you know the area up here?

Yes, that’s actually where I met my wife.

What subject did you do at college?

I can tell by the way you’ve decorated your place. It’s really nice.

That comes out of my artistic side. Ever since I was about four, I’ve been drawing, looking for inspiration. I think sometimes that’s what life needs: a little bit of color.

You never thought to start a barbershop in the Bronx?

Yeah, I did. This is actually my third attempt as far as opening a barbershop and this just happens to be the right location and the right timing and it’s doing well. But I actually lived in Massachusetts for about six months. I was living with a friend of mine and she was helping me find a location in Worcester. Let’s just say it all kind of happened too fast and it was the best thing to just walk away from it. My second attempt was in Sleepy hollow, Tarrytown. There I spent about two months searching for a location. I found one. I started getting a bad feeling about the landlord and the information she was giving me. So I decided to back off. I realized later on that the landlord hadn’t been honest with me. I don’t like people who are dishonest.

Do you find that you’re like a confidant to your customers?

Yeah, I get that a lot. I know being humble and open minded can take you to many places and I find that pretty fun and interesting. Having that mentality. I had to teach myself not to be judgmental, because back in my days, that was pretty big. I wanted to do my very best not a judge a person until I had got to know them, because that one person that you’re judging could be the one person that stands up for you in a moment of need. I went through situations like that and these are life lessons that you learn and, you realize later on, that they’re good for you. There’s no such thing as judgment or discrimination when it comes to hair. Everyone has hair. [The hair] is a little bit different, but that’s really about it.

What made you train to be a barber?

You did a business degree though.

Believe it or not, I didn’t intend to be a barber. My true passion is acting.

If I had the time and the money, I would buy the place myself. There are plenty of goals I would like to accomplish in my life. I’ve been working ever since I was ten years old. I started working in the crop fields in Dominican Republic and then I came here. I used to shovel snow. Then I started packing bags in supermarket. Then at the age of 14, I showed an interest in cutting hair. I was lucky to have a dear friend of mine who owned his own barbershop, and was doing extremely well, on 161st and Melrose, which is close to the Yankee stadium. He taught me how to cut hair. My stepfather owned a barbershop at that time and I wanted to work in his shop. So when I talked to him about that he said, listen bring me some pictures and if they are good, I will let you work. So then I had my friend teach me the art of barbering, took some pictures, and took it to my stepfather and he gave me a job.

The freedom. And also the fact that this is such a small town, there’s something special here that you can’t find in many places. You have a town like this. In the newspaper you find local stories about local people and business. You don’t get that in the city. Being local here gives you a better chance to stay connected to things. I think that’s unique and special. 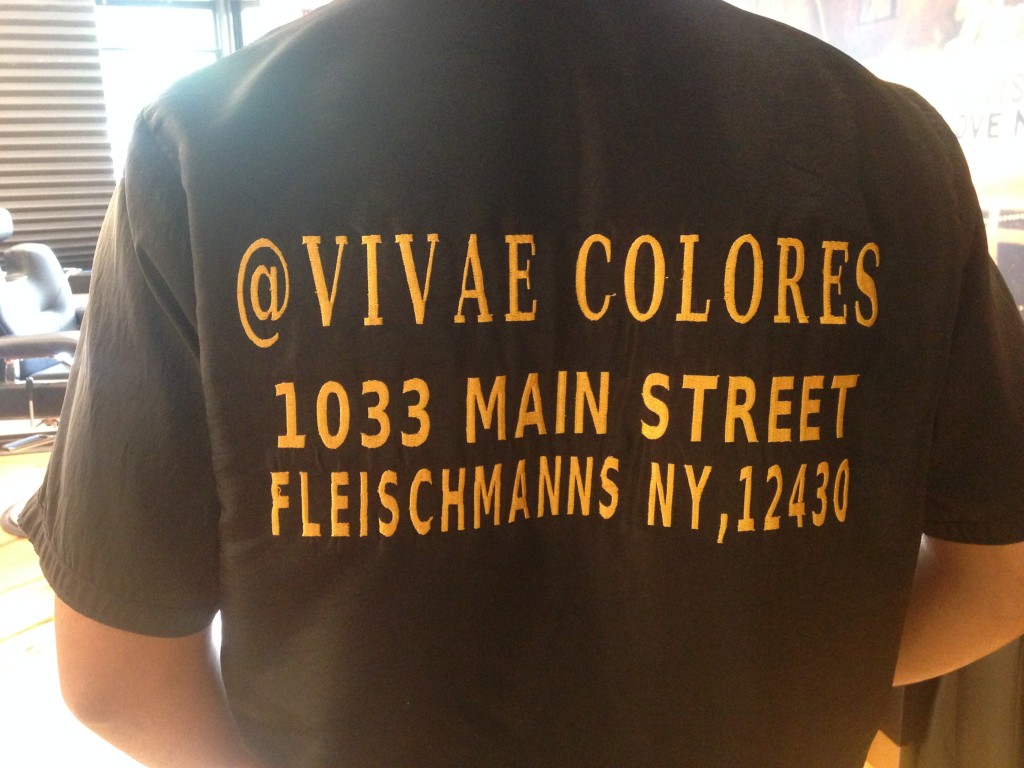