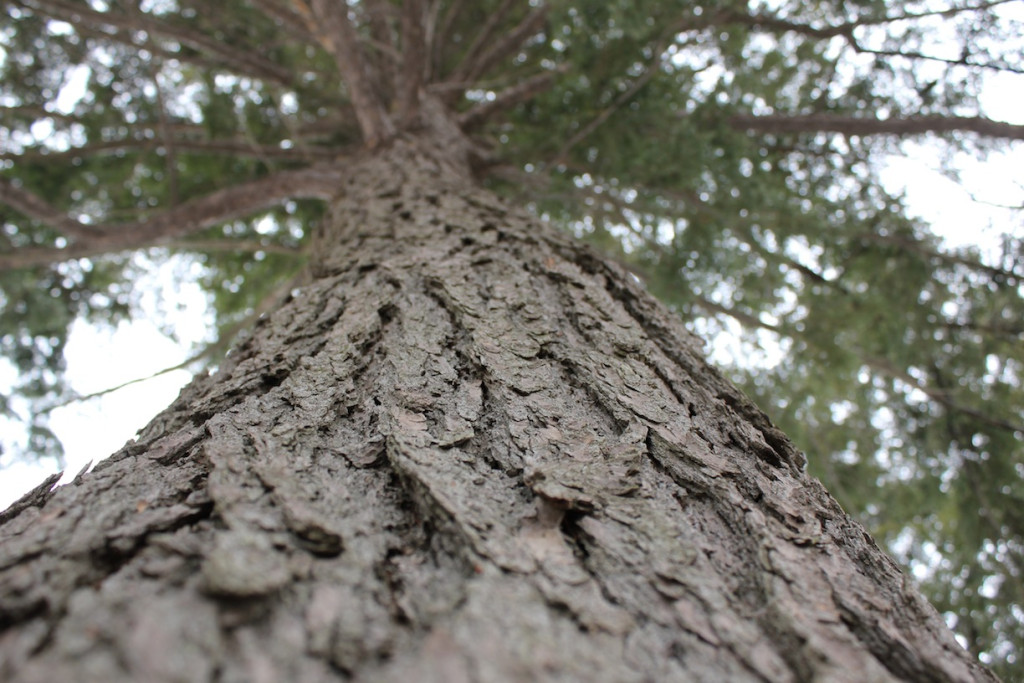 There’s nothing more majestic than a towering hemlock, a evergreen conifer that seems to be loosely draped in its elegantly weeping branches that dangle delicately towards the earth. It can live to 800 years or more and grow to statuesque heights of more than 70 feet. Last year’s call for illustrations of the Hemlock for an exhibition ignited interest among artists of the Catskills and once I started looking for hemlock, I found them everywhere. I even found a short sapling on my property and it will outlive me by many many hundreds of years, if it’s not attacked by the Hemlock Wooly Adelgid, an invasive species native to Asia. The Catskills Center has a new programme for the pest that’s thought to have arrived in New York in the eighties.

“The hemlock woolly adelgid (Adelges tsugae), a relative of the aphid, is a destructive invasive species in the Catskills. The adelgid causes Hemlock trees to loose new shoots, and is usually fatal. The wind, birds, other wildlife and the movement of infested host material (wood) by humans are all factors in the dispersion of the adelgid. There is now hope that Hemlock Wooly Adelgid can be put in check using biological control.  Small Laricobius beetles are native to the Pacific Northwest region of the United States. They are the best known predators of hemlock wooly adelgid. Laricobius were approved by the USDA for field release in 2000. Biological control does not require chemicals to be introduced into the environment and, once established, biological control agents can be a long-term and sustainable solution to invasive species.

“CRISP – Catskills Regional Invasive Species Program – recently began a release of 500 Laricobius predators.  These predators were released at Mine Kill State Park. Mine Kill State Park was selected for release as the stands of hemlock there are still healthy, and in the very early stages of infestation, so the predators will have plenty of adelgids to eat. With this initial collection of 500 bugs, CRISP released about 150-200 per tree and will continue to monitor them over the coming years to make sure they are establishing.”

For a more detail analysis go to the CRISP fact sheet.