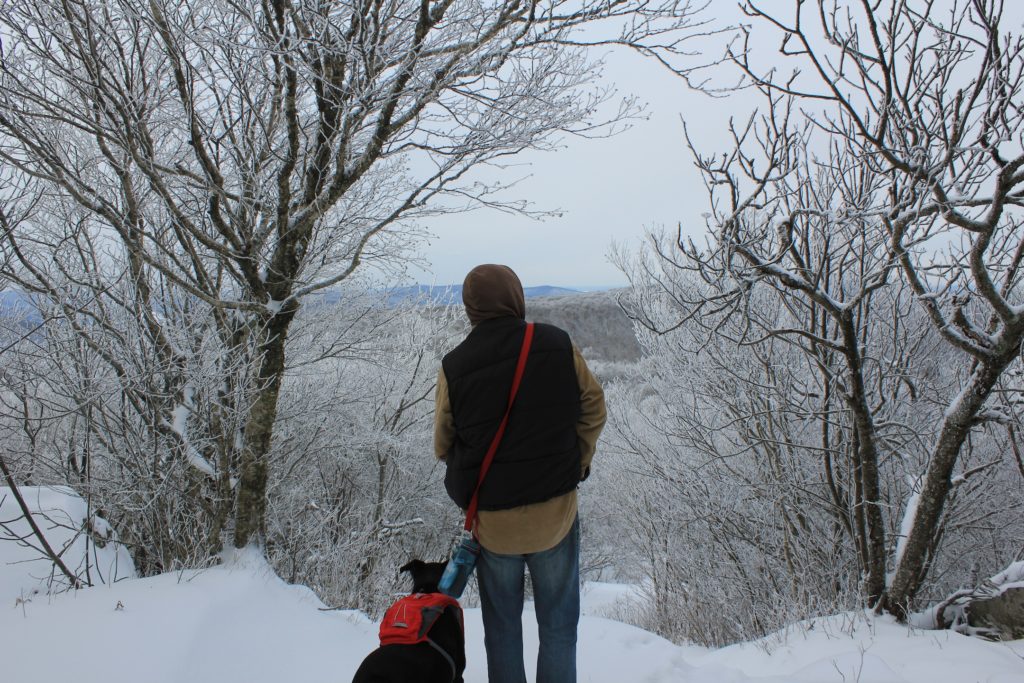 I’ve written about Bearpen Mountain before after climbing it in March 2016. As I wrote then, it’s aptly named, being bearish not bullish, a long, gentle incline around a mountain following a snow mobile trail. Bare trees allow stunning, almost panoramic views, glimpses of the surrounding countryside, so it’s easy to keep your bearings. When the mountain’s covered in a few feet of snow, you can follow the tracks of previous hikers up or down a handy short cut that’s a dashed black line on the map and helpfully signed “Danger”, but this part of the trail is scantily marked, so I’ve never had the courage to bother with it before. It was a blessing on the way down on Sunday because all the hikers before us had decided to take the short cut so we had broken trail most of the long way up and – as usual – I had forgotten something, snow shoes, that would have made the going far easier. END_OF_DOCUMENT_TOKEN_TO_BE_REPLACED